“Calmness, Courage, and Efficiency”: Remembering the Battle of Leyte Gulf 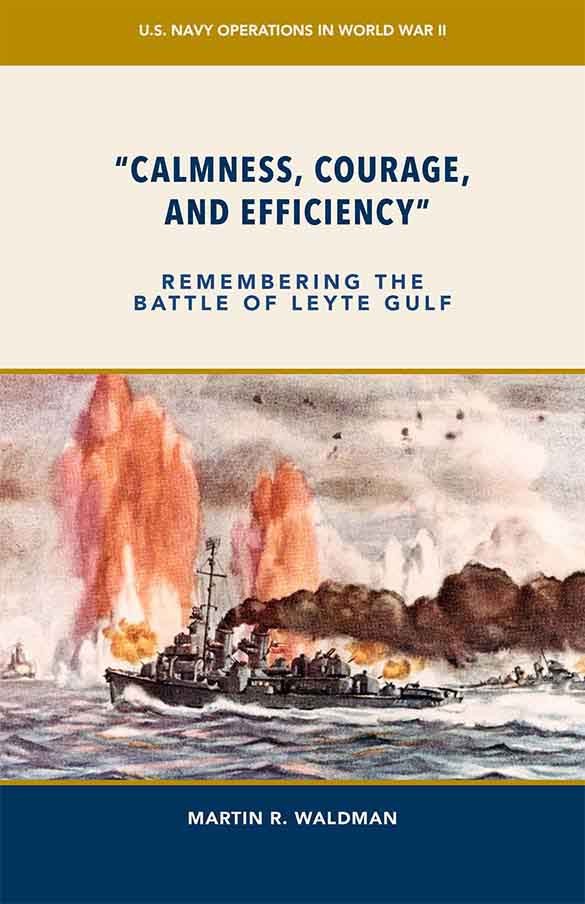 Available for free in the following format: 508-compliant PDF (4 MB)

In the U.S. Navy’s history, few battles are as significant or as controversial as that of Leyte Gulf (23–26 October 1944). Among the largest naval battles ever fought, the Battle of Leyte Gulf involved nearly 200,000 men and 282 ships fighting in four separate engagements across 100,000 square miles of ocean. It was exactly the sort of “decisive battle” that both the Allies and the Japanese had sought, one that pitted the waning might of the Japanese Combined Fleet against the U.S. Third and Seventh Fleets. Although the Japanese hoped that this battle would revive their flagging fortunes, it would prove to be their navy’s death knell, leaving the Allies in command of the Pacific and well situated to recapture the remainder of the Philippines. Even more than 75 years later, Leyte Gulf still has much to teach us about operational planning and preparation, the evolving nature of warfare, decision-making under fire, and, above all, individual sacrifice.

Whether it is the daring aviation feats of David McCampbell over Sibuyan Sea, the pitch-perfect planning at Surigao Strait undertaken by Jesse B. Oldendorf, the controversial decision by Bill Halsey prior to Cape Engaño, or the struggle for survival against all odds by the sailors of Taffy 3 off Samar, the Battle of Leyte Gulf offers inspiring (and sometimes heart-wrenching) lessons in leadership, decision-making, operational planning, and personal valor that are both of value to today’s sailors and engaging for a general audience.