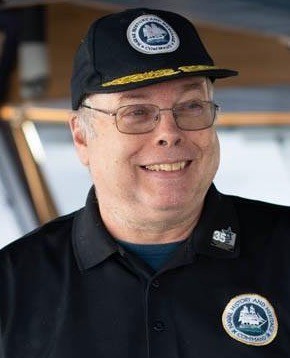 Samuel J. Cox was appointed to the Senior Executive Service on 29 December 2014 and since then has served as the 14th Director of Naval History and Curator for the Navy. As the Director of the Naval History and Heritage Command, he is responsible for the Navy’s official history programs, operational archives, Navy Department Library, and the Navy’s collection of historic artifacts, photographs, art, weapons, and 1,100 display aircraft, and for the underwater archaeology program. He is also responsible for ten official U.S. Navy museums, including the historic submarine Nautilus, and for maintenance of the USS Constitution, the oldest commissioned warship afloat. As the Federal Executive Agent for the U.S. Sunken Military Craft Act, he is also responsible for more than 3,000 U.S. Navy shipwrecks and more than 14,000 aircraft wrecks.

Cox graduated from the U.S. Naval Academy, where he was awarded the Trident Scholar Prize for independent research and the History Department Prize, with distinction in 1980. He subsequently earned a master’s degree and U.S. Army designation as a military historian from the U.S. Army Command and General Staff College in 1993.

Cox’s awards include the National Intelligence Distinguished Service Medal; the Defense Superior Service Medal (three awards); the Legion of Merit (five awards); and Bronze Star. Among numerous other individual, unit, and campaign awards are four Navy Unit Commendations. Other awards include the National Intelligence Exceptional Achievement Award for leading the multinational intelligence investigation of the sinking of ROKS Cheonan; the 2021 Naval Intelligence Professionals “Red Tie” Award; and the 2001 Navy League of the U.S. Naval Intelligence Foundation Award for excellence in operational intelligence support to the Fleet. In 2018, he was named an “Honorary Survivor” by the survivors of the World War II cruiser USS Indianapolis (CA-35).