The third U.S. Navy Revenge was a schooner purchased by Master Commandant (Commander) John Shaw for the Navy at New Orleans in December 1806. Prior to this she was named Ranger, built in Baltimore in 1805 by William Price and renamed Revenge by Shaw upon her purchase. She was initially commanded by Lieutenant Commandant (Lt.) Benjamin F. Read and stationed at New Orleans between December 1806 and June 1807. In June, Revenge was brought to Baltimore and fitted for a cruise to Europe with dispatches. In December, she was sent to the Atlantic coast under the command of Lt. Jacob Jones and assigned to Commodore John Rodgers’ New York Flotilla. There she was part of the Flotilla and had the duty of blockading the U.S. coast to hinder attempts at foreign commerce prohibited by Jefferson’s Embargo Act.

Lt. Oliver Hazard Perry relieved Jones of command of the schooner in 1809, and, with the repeal of the Embargo Act, Revenge expanded her operations. In the winter of 1810, Perry was sent to survey the harbors of Newport, Rhode Island, New London, Connecticut, and Gardiner’s Bay, Long Island, New York. On 9 January 1811, off the coast of Rhode Island while returning to New London, Revenge encountered heavy fog “so thick as to envelop all on board Revenge in almost total darkness, and was accompanied with a heavy swell.” It was in those moments Revenge ran aground as she struck a reef of rocks, and could not be got off; after all sailors and property were removed and everyone safely got to shore, the vessel was left to sink. Perry was cleared of responsibility for the loss by a court of inquiry. Flash forward to the 21st century, when the USS Revenge’s whereabouts had long been forgotten and the Navy considered the vessel a loss, local divers began looking for her. 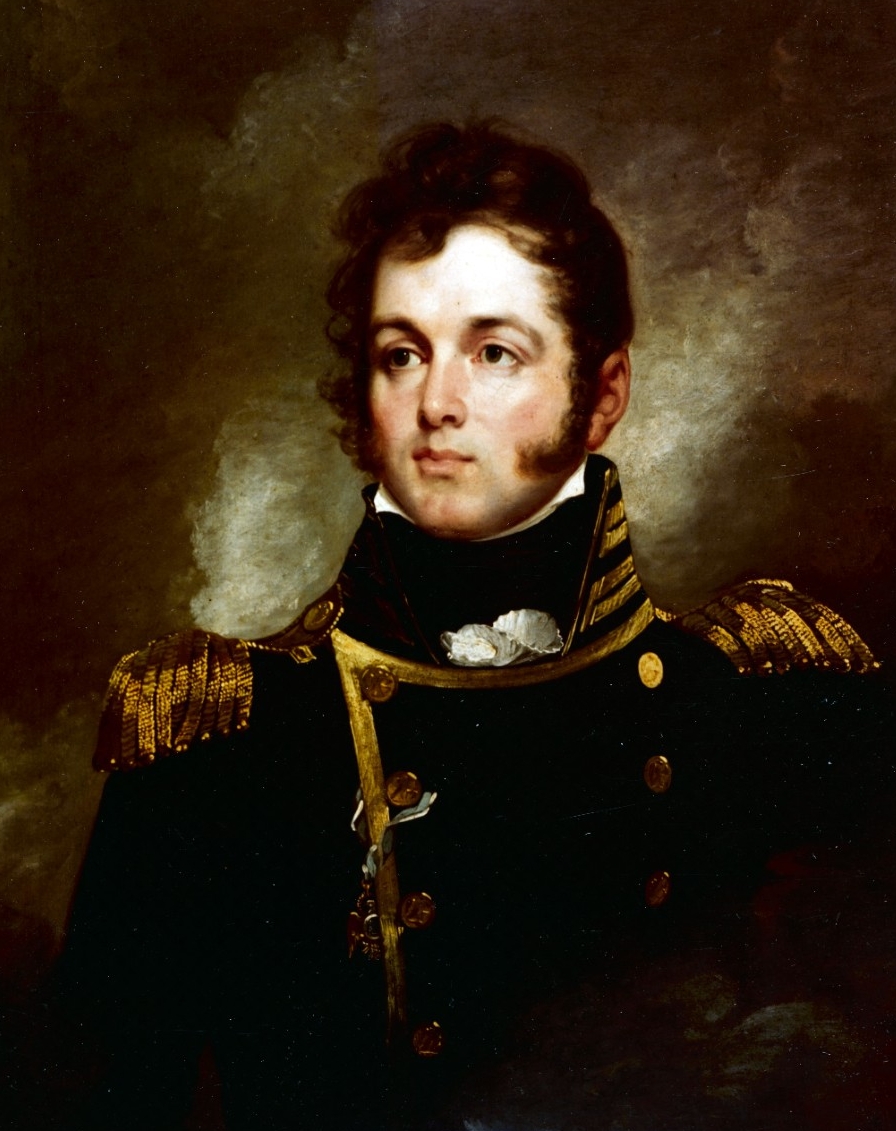 While hull plans for the vessel do not exist for interpretation, historical documentation suggests Revenge was a fore topsail schooner 70 ft. in length, and at various times carried between 10 and 14 guns. Little is also known of the schooner’s hull shape, but Howard Chapelle, an American naval architect, and curator of maritime history at the Smithsonian Institution, Washington, D.C., mentions that Revenge was said to be extremely sharp, such that she could not stow enough provisions to be of use as a seagoing cruiser. Contemporary depictions of smaller ships such as this are rare. The French engraving, below, of the 12-gun Baltimore-built schooner USS Enterprise provides a glimpse of what Revenge might have looked like. 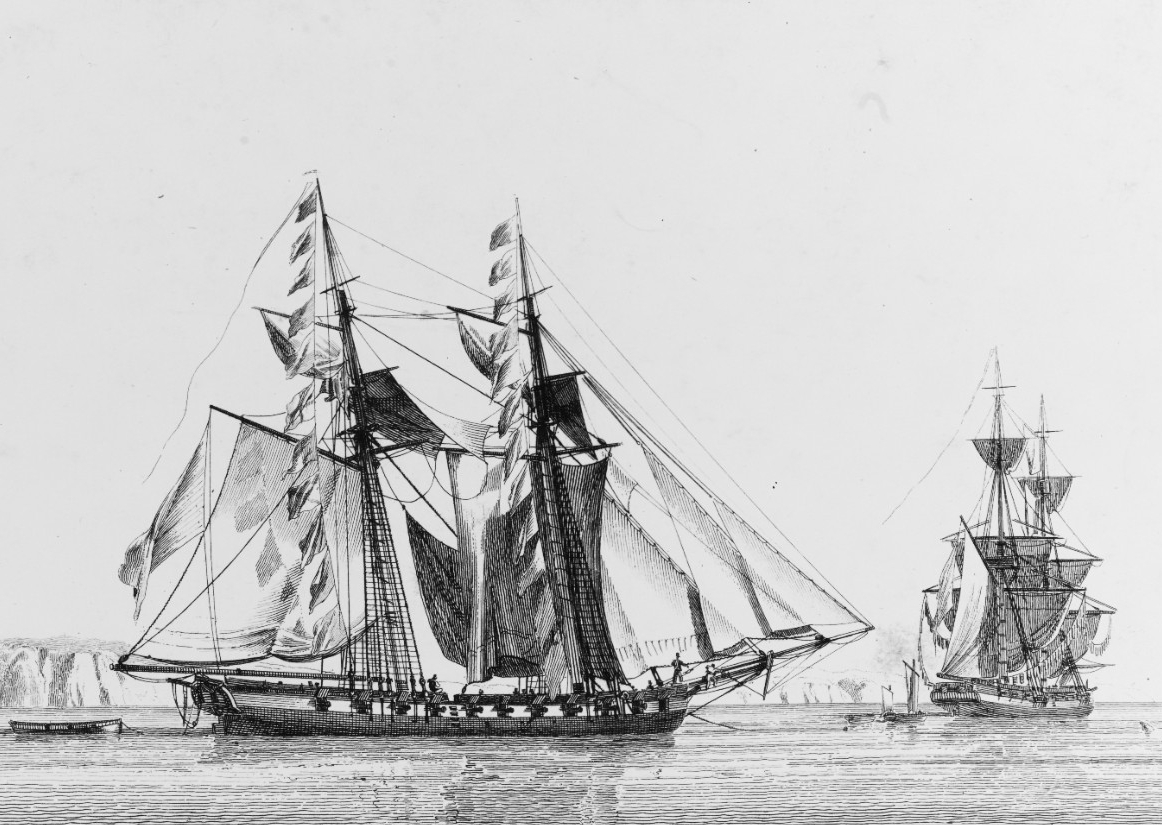 Caption: Engraving of USS Enterprise, a 12-gun schooner built in Baltimore in 1799. Its characteristics may have been similar to those of Revenge. (NH 621) 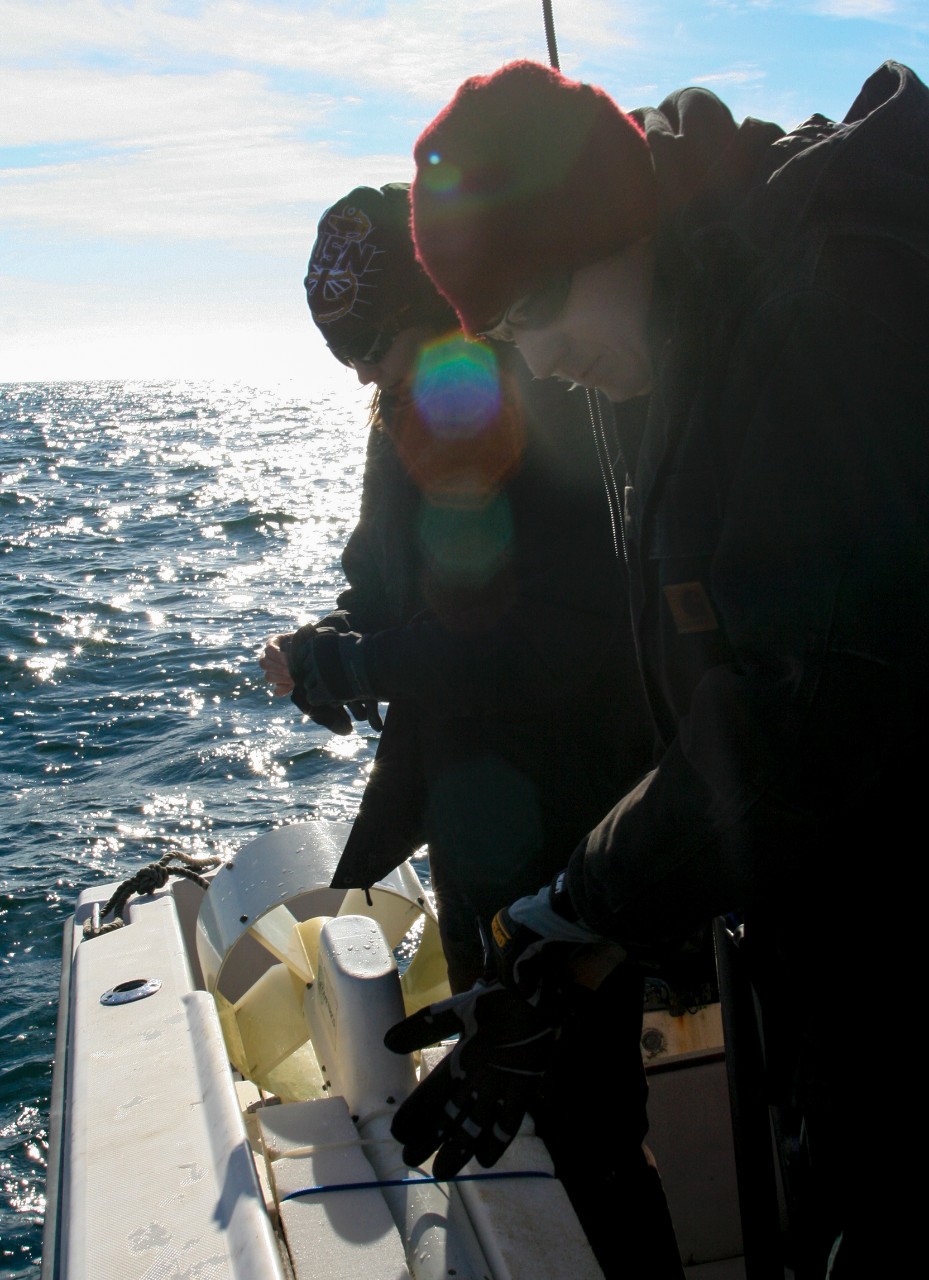 Based on historical documentation describing the sinking of the schooner Revenge, local Connecticut divers Charles Buffum and Craig Harger had been attempting to locate the remains over the course of several years. Using scuba equipment and underwater metal detectors, Buffum, Harger, and a third diver, Mike Fournier, first detected carronades from a site in August of 2005. Over the course of numerous dives they discovered four cannon and two carronades, as well as an anchor and other concreted artifacts. They also generated a rough map of the wreck site, which lies in shallow water with heavy kelp coverage. Their discovery prompted an investigation of the site with Naval History and Heritage Command’s (NHHC) Underwater Archaeology Branch (UAB), in partnership with Woods Hole Oceanographic Institution, Naval Undersea Warfare Center Engineering and Diving Support Unit, along with the discoverers. On 7–9 February 2012, the site was surveyed using autonomous underwater vehicle (AUV) to collect side scan sonar, multibeam echosounder, and video data. Working closely with the U.S. Navy, Buffum and Harger have continued to protect the wreck site and its coordinates, and assisted with ongoing investigations into whether the site is in fact the resting place of Revenge.

In December of 2015, NHHC UAB archaeologists George Schwarz, Ph.D., Blair Atcheson, and Heather Brown joined Buffum, Harger, and Fournier to visit the site for examination. The objective of the project was to collect magnetometer data over the site tentatively identified Perry’s lost schooner to get an idea of the extent of the debris. In May of 2017, NHHC’s UAB partnered with divers from the Naval Undersea Warfare Center (NUWC) and Explosive Ordnance Disposal Mobile Unit 12 Detachment Newport, Rhode Island, to document the provenience of the cannon and recover one gun for conservation, analysis, and eventual public display. It was hoped that the cannon, believed to be a six-pounder, would support identification of the wreck as Revenge and provide more information on the site. While it is consistent with an American-made Armstrong-pattern 6-pounder of the period, no markings were found on the cannon after the concretion layer was removed. 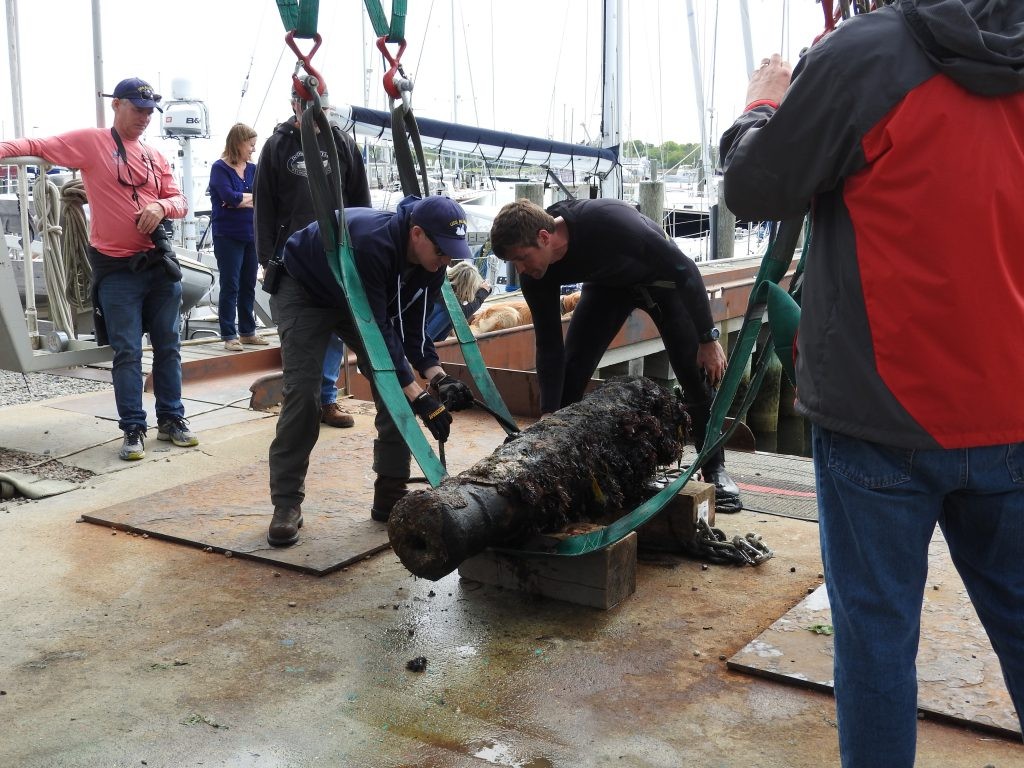 In September 2018, NHHC partnered again with NUWC and the site discoveres (Buffum and Harger) to continue the archaeological investigation of the wreck. Rough seas and tidal cycles limited the amount of time on site, but the dive team continued mapping the site, recording an anchor of unknown origin south of the main wreckage, and documenting and recovering the carronade. The carronade was transported to the Washington Navy Yard where it will undergo a similar conservation process as the 6-pdr recovered in 2017.

There is still much to be learned about the schooner Revenge. Research is ongoing to discover her history as Ranger, specifically why she was in New Orleans and why she was purchased by the U.S. Navy in the first place. Documents are beginning to reveal that this vessel may have had ties to two formative events in early American history—the Arron Burr conspiracy, a potential separatist movement to form a new nation out of the Louisiana Territory and Mexico, and the Chesapeake-Leopard Affair, an early maritime conflict between the United States and Britain that fed tensions in the lead up to the War of 1812. From a technical standpoint, little is known about the construction characteristics of American schooners of the early 1800s, and any hull remains might help expand our knowledge of Baltimore shipbuilding. These are some of the avenues of research archaeologists at NHHC UA are working to develop, to have a better understanding of the rich history of this intriguing vessel.