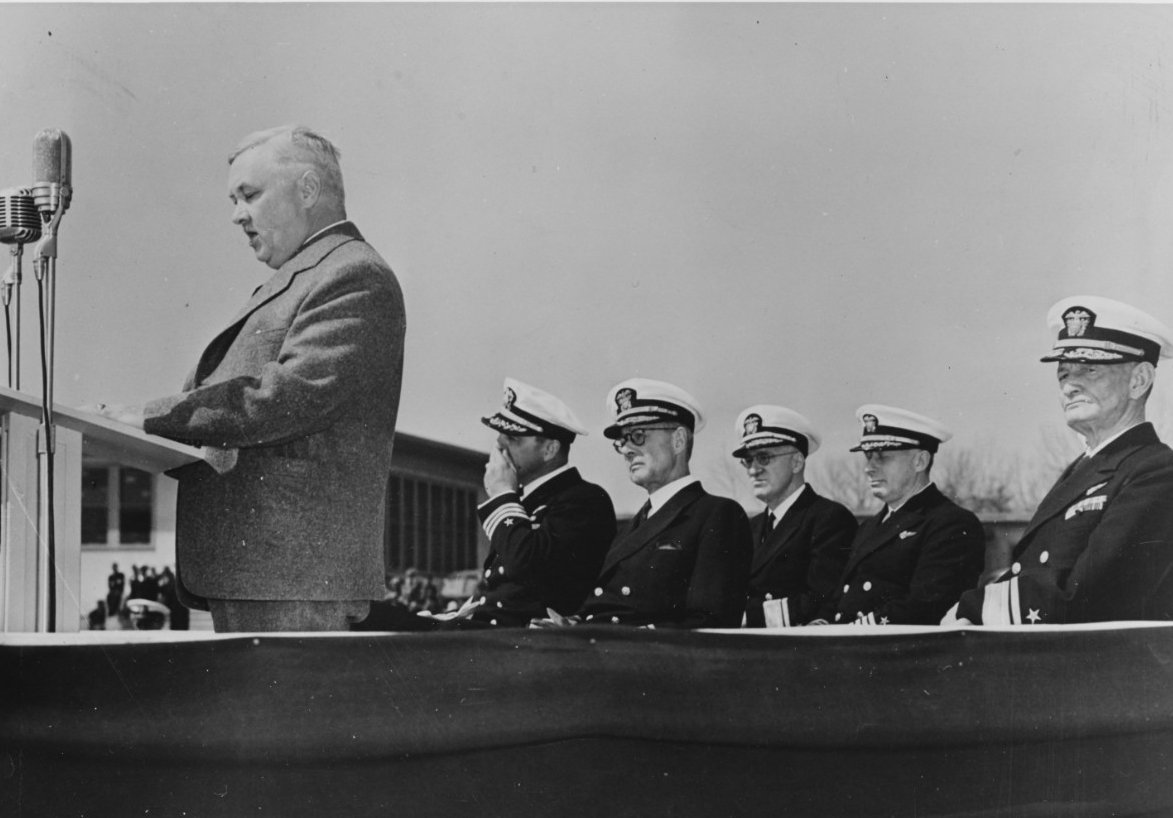 A decision was made to consolidate all testing in a single base in order to allow for aircraft modifications and development of new technology to proceed uninterrupted and efficiently. The site at the convergence of the Patuxent River and Chesapeake Bay was selected by the Secretary of the Navy in January 1942 due to its proximity to Washington, DC and nearby air stations, the amount of land available—a spacious tract of 6,400 acres with 9 mi. (14.5 km) of waterfront—and isolation for security.

NAS Pax not only tested and evaluated U.S. Navy aircraft, but also those of the U.S. Army Air Force, Allies, and captured enemy craft. U.S. Marines, Army and Coast Guard personnel flew and tested aircraft there as well. 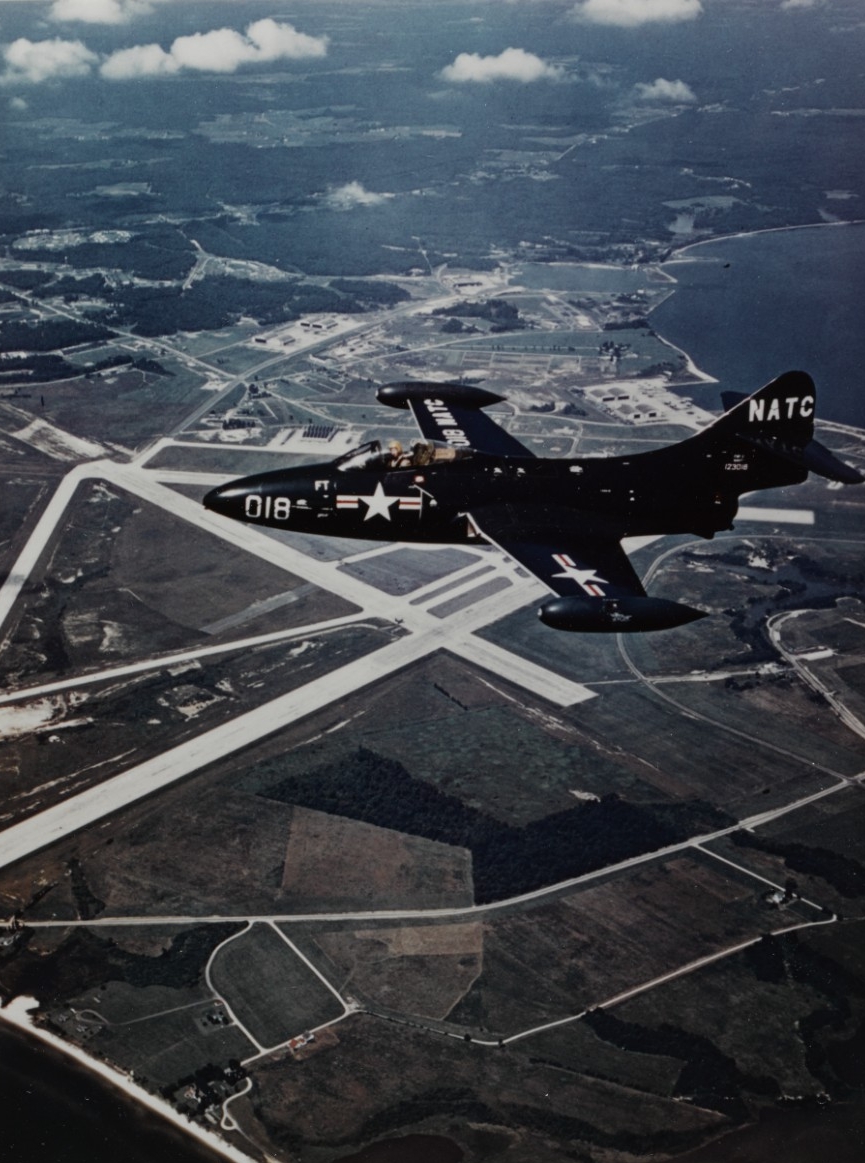 Over the past several years, the NHHC's Underwater Archaeology Branch (UA) approach to accounting for Navy aircraft losses has become more proactive in order to better manage those resources. In 2014, UA began developing a plan to fill the gaps in its records by conducting surveys around major U.S based naval air stations. As environmental experts at each air station are responsible for managing the cultural resources within their boundaries, this project would assist them in accounting for sites that might be within their waters, efficiently combining the resources of local cultural heritage experts with UA’s experience with submerged resources. The first step in the management process is to determine an accurate location for a wreck site and obtain baseline data in order to monitor the condition of the site over time and to recognize any site disturbance.

Documenting and identifying lost Navy aircraft also enables UA to update its records for cultural resource management purposes, potentially locate lost service members, provides training opportunities for the fleet, and contributes to the Navy's efforts to determine potential effects on historic properties. In addition, site surveys and investigations can provide information surrounding circumstances of loss, determine the stock of ordnance or potentially hazardous materials on site, and contribute to our knowledge of archaeological site formation processes and preservation of both exposed and buried materials.

NAS Pax was chosen as the first regional focus area for naval aircraft losses because of the high potential for craft that were either never found or never fully recovered, the unique history of the NAS offered the possibility of finding unusual or unique aircraft, and the proximity to NHHC headquarters in Washington, DC. The techniques developed and information gained during the surveys in the Chesapeake Bay will be used to plan aircraft surveys in other regional focus areas such as in Lake Michigan and near NAS Pensacola. The three survey areas also provide different environments (brackish, fresh, and salt water) to study and better understand the long-term preservation implications.

Starting in 2014, UA developed a research design for a series of surveys to locate losses in and around NAS Pax. While there were no immediate threats to the resources near NAS Pax or Chesapeake Bay, increased recreational activities such as sport diving and fishing, in general, increases the risk of site disturbance on properties managed by the Navy. These sites have the potential to contain human remains or public safety hazards, and cannot be adequately protected without precise coordinates to monitor. 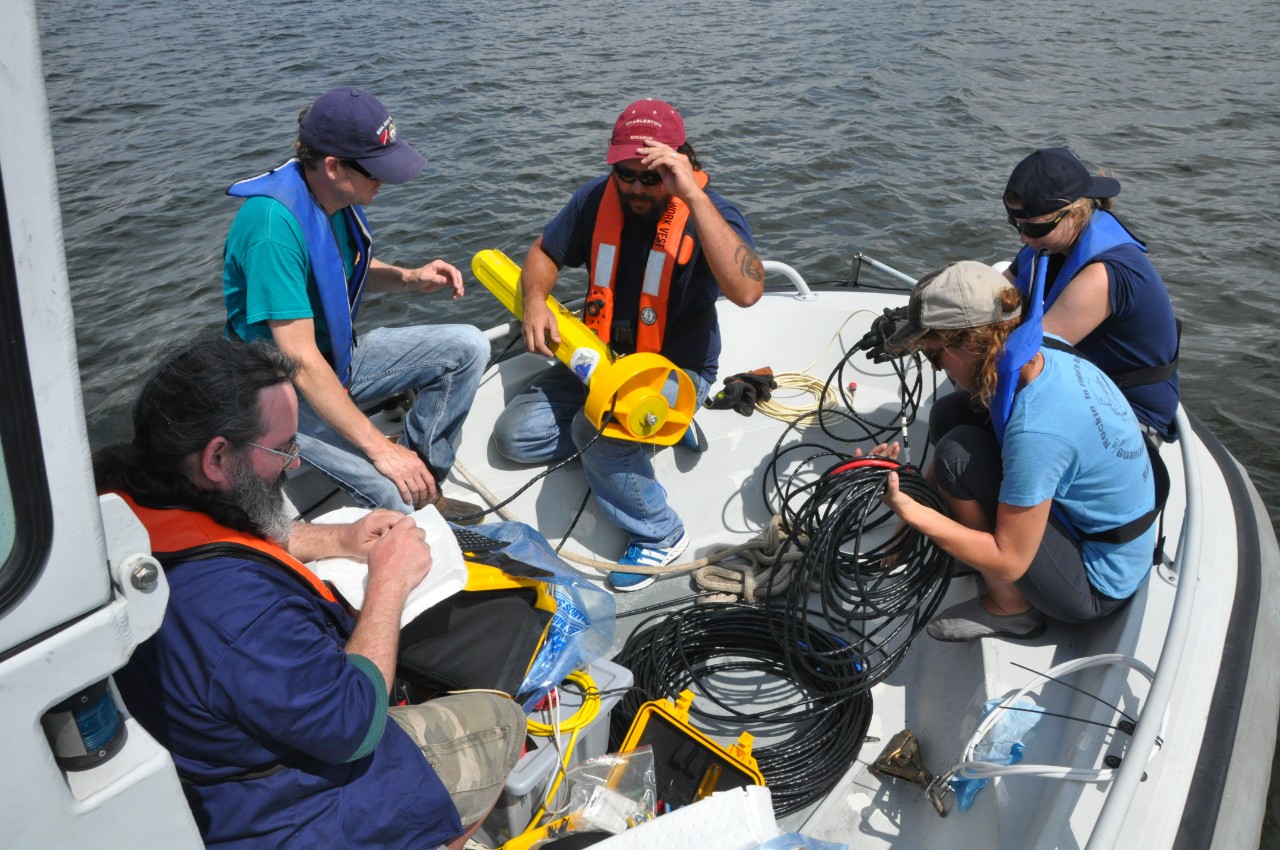 In developing targets for the survey, the main focus was on test craft from the 1940s and 1950s. To begin the project, an extensive review of primary materials, such as aircraft accident reports, base histories, and deck logs, was conducted at both the National Archives and NHHC Archives to determine the potential for losses in the area around NAS Pax. UA identified many aircraft losses, but selected six targets for the initial survey due to their proximity to the base, survivability, and lack of documented post-crash recovery. These aircraft included an SNC-1 Falcon, FJ-1 Fury, XF8F Bearcat, HOK-1 Husky, a TV-2 Shooting Star, and F9F-5 Panther. A survey box was developed around the presumed location of each wreck site and survey lanes within the box spaced in a manner to provide sufficient overlap, ensuring full coverage of the area.

2015: UA partnered with Phoenix International Holdings, Inc. and the Supervisor of Navy Diving and Salvage to conduct a week-long remote sensing survey off NAS Pax. The team used both towed and hull mounted sonar systems to collect side scan sonar data at both low and high frequencies depending on the water environemnt. Two search boxes, containing a total of four potential aircraft wrecks, were completed during the survey. While no obvious aircraft site was identified in the data post-processing, many targets were selected for closer inspection as possible crash debris during future survey work.

2016: UA continued to survey the predetermined search boxes from the previous year with the aid of the Institute of Maritime history (IMH). IMH team members conducted non-intrusive SCUBA dives on targets from the sonar data to verify whether they were natural formations or man-made objects. A known aircraft target was also surveyed by IMH to obtain updated imagery of the wreck. The specific type of aircraft at this site had never been identified. Based on the survey results and further archival research, the site is considered a possible candidate for the XF8F.

Between 2015 and 2016, 268 sonar contacts were marked for analysis and 43 marked as candidates for further investigation. Some of these targets were checked by IMH divers in 2017/18 and identifed as natural formations, debris, and aircraft parts or cargo. 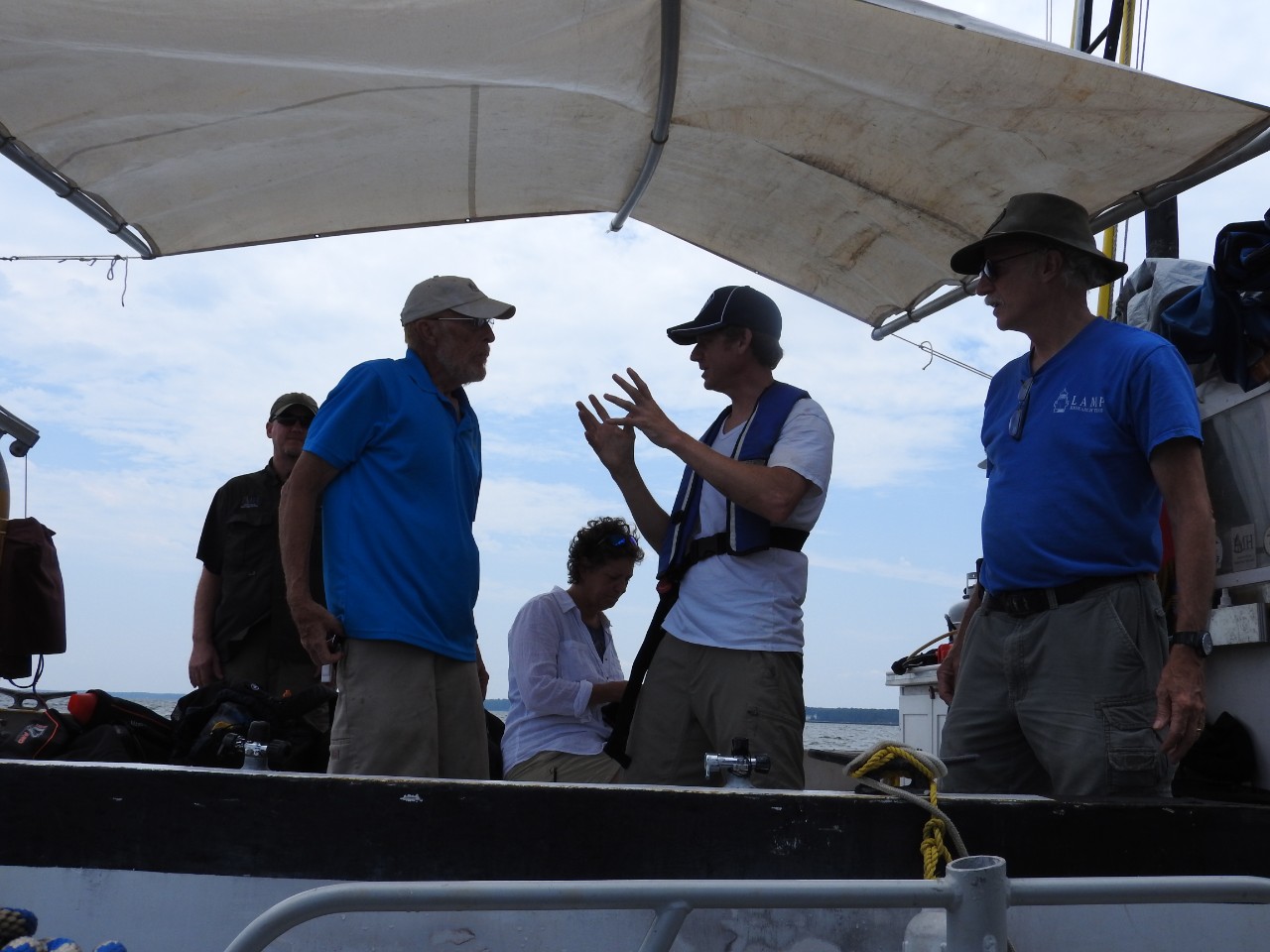 2017: IMH continued the work started in 2016 to groundtruth targets of interest. Most notably, the team conducted a non-intrusive dive on the possible XF8F Bearcat to document and hopefully confirm the idenity of the wreck. Low visibility and short bottom times made the diving and documentation a challenge, but measurements and photographs were collected to provide context and the current condition of the site. The aircraft rests upright on the bay floor with the engine missing. While the majority of the aircraft is buried, measurements of the wing length, gun ports, and length of the visible fuselage were taken and correlated closely to those of an F8F Bearcat. The tail section is crushed and the canopy filled with sediment, which hindered positive identification through non-intrusive means.

2018: A local Maryland News helicopter team spotted the remains of an old aircraft crash site in the swampy area of a Chesapeake Bay island. The team reported the find to the Navy and UA positively identified the wreck as one of the six targets of interest, the TV-2 Shooting Star. In addition to identifying the site, UA also reached out to witnesses of the incident and learned more about the loss, the pilot (who walked away from the crash with hardly any injuries), and salvage and recovery activities immediately following the crash - all of which contribute to the state of the wreck site as we see it today.

UA plans to continue survey work off NAS Pax with a focus on locating the remaining aircraft targets that have not yet been found. The collaboration of multiple naval commands, as well as non-profit organizations, allows UA to leverage resources beyond NHHC, to contribute to the history of naval aviation, and increase awareness of Navy’s submerged cultural heritage.

NHHC Archaeologists Get Out On the Water