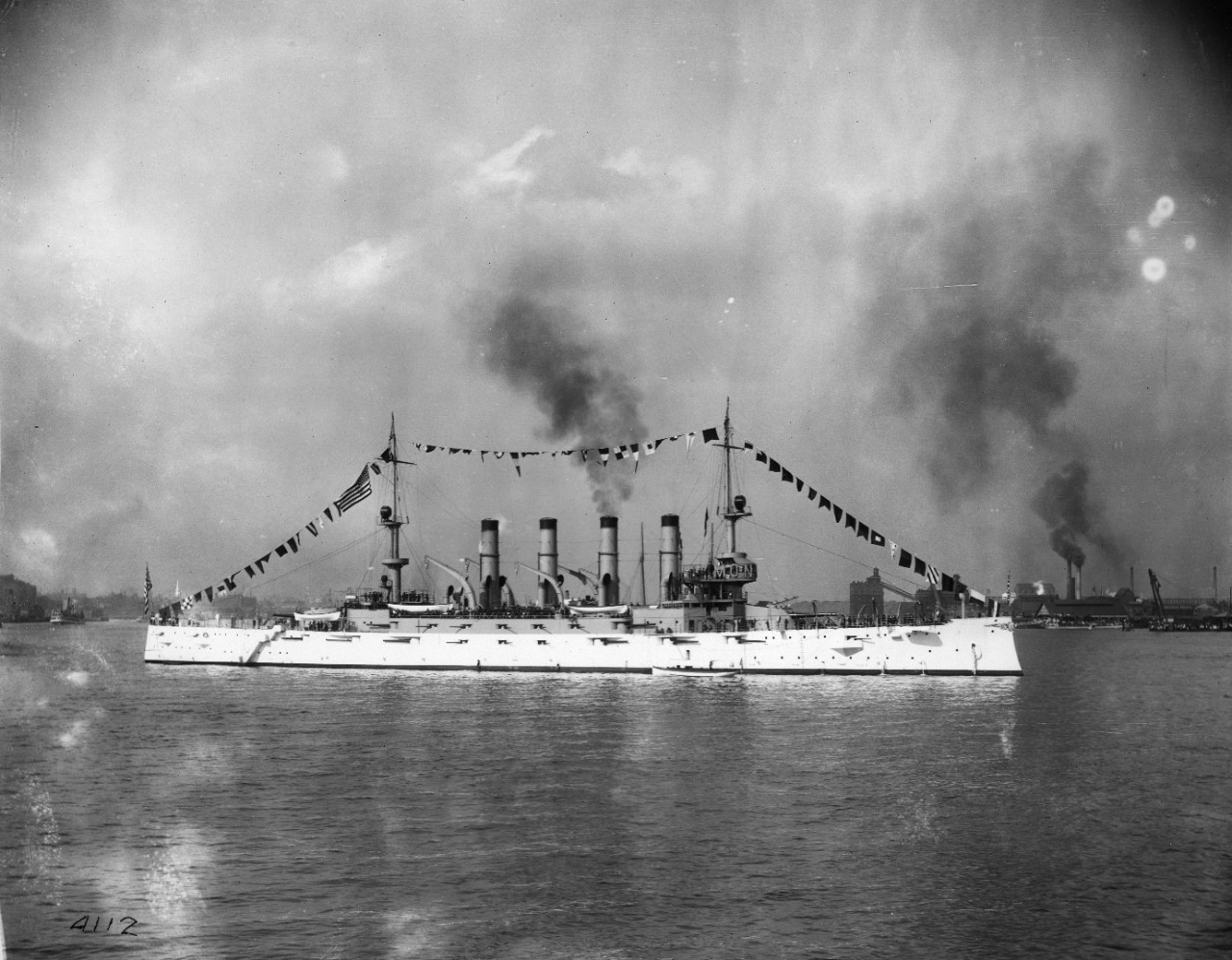 The 41st State, admitted to the Union in 1889. The name is taken from the Latin mont-nus meaning "mountainous."

The first Montana (Armored Cruiser No. 13), was laid down by the Newport News Shipbuilding Co., Newport News, Va., on 29 April 1905; launched on 15 December 1906; sponsored by Miss Minnie Conrad; and commissioned at the Norfolk Navy Yard on 21 July 1908, Capt. Alfred Reynolds in command.

Assigned to the Atlantic Fleet, Montana departed Norfolk on 5 August to cruise off the east coast until 25 January 1909, when she sailed from Charleston, S.C., for the Caribbean, arriving off Colon, Panama, on 29 January. While operating with the Special Service Squadron, Montana departed Guantanamo Bay, Cuba, on 2 April for the Mediterranean to protect American interests during the aftermath of the Turkish Revolution of 1908. Leaving Gibraltar on 23 July, she arrived at Boston, Mass., on 3 August, and resumed east coast operations. 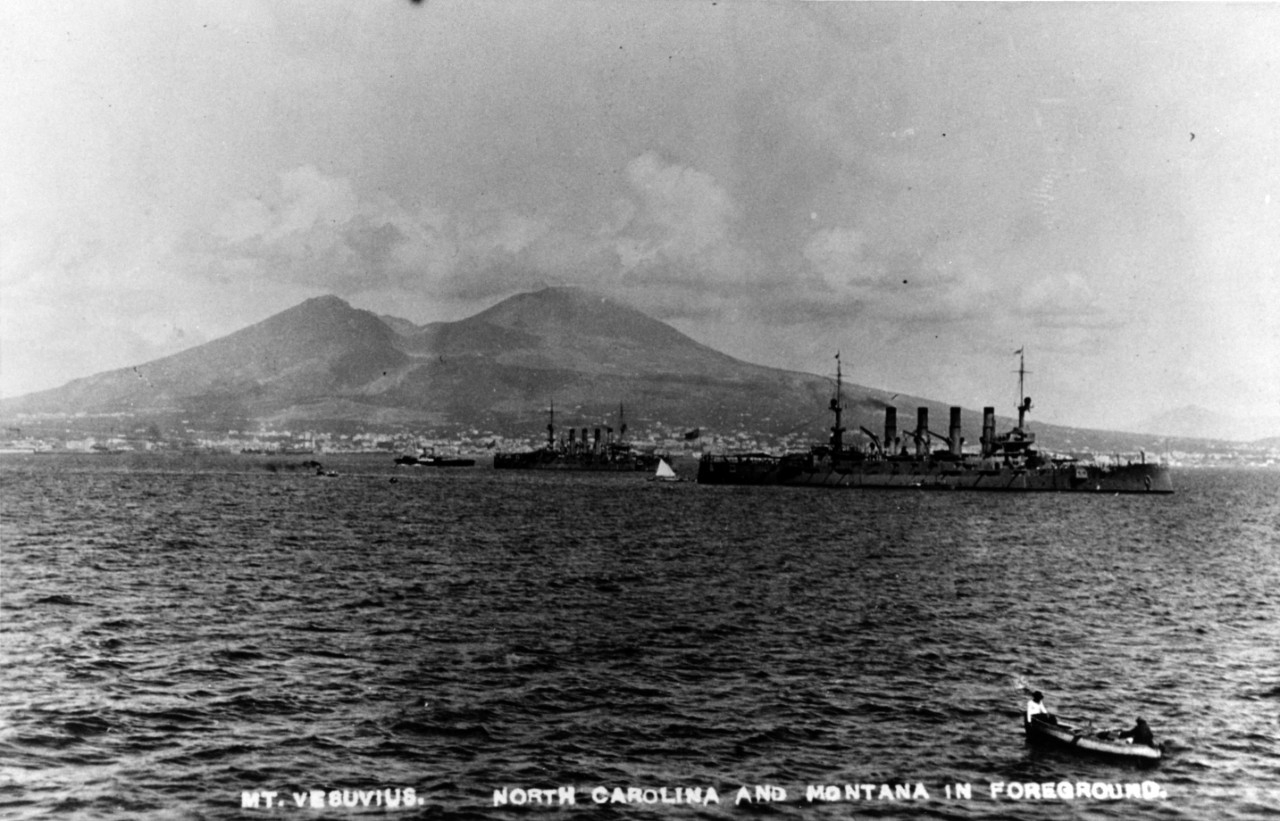 On 8 April 1910, the armored cruiser sailed from Hampton Roads, Va., to take part in in the Argentine Centennial Celebration, calling at Uruguay, Argentina, and finally Brazil before heading for home on 30 June, reaching Hampton Roads on 22 July. Following local operations on the east coast that fall, Montana left Charleston on 10 November as escort for Tennessee (Armored Cruiser No. 10) then carrying President William H. Taft and his party on a week-long visit to Panama.

Montana shifted to the Atlantic Reserve Fleet on 26 July 1911, for a major overhaul at Portsmouth Navy Yard, Portsmouth, N.H., until 11 November 1912. In December she sailed on a second voyage to the Near East, stopping at Beirut, Syria (Lebanon), and Alexandretta (Iskenderun) and Mersin in the Ottoman Empire (Turkey). Returning to the United States In June 1913, Montana operated off the east coast and made training cruises to Mexico, Cuba, and Haiti until the United States entered World War I.

During the first months of the war, Montana conducted training exercises and transported supplies and men in the York River area and along the east coast. Assigned to the Cruiser and Transport Force on 17 July 1917, she did convoy and escort duty out of Hampton Roads; New York, N.Y.; and Halifax, Nova Scotia, through most of 1917 and 1918. The armored cruiser also performed as a Naval Academy practice ship in the Chesapeake Bay area early in 1918. Ordered to France in December, between January and July 1919 Montana made six round trips from Europe , returning 8,800 American troops.

Following her arrival at Puget Sound Navy Yard, Seattle, Wash., Montana remained there from 16 August 1919 through her decommissioning on 2 February 1921. On 7 June 1920, Montana was renamed Missoula for a city of Montana, and classified CA‑13 on 7 June 1920. She was stricken from the Navy list on 15 July 1930 and sold to John Irwin Jr., on 29 September 1930. In October 1935, the armored cruiser was scrapped in accordance with the London Treaty for the reduction of naval armament of 31 December 1930.