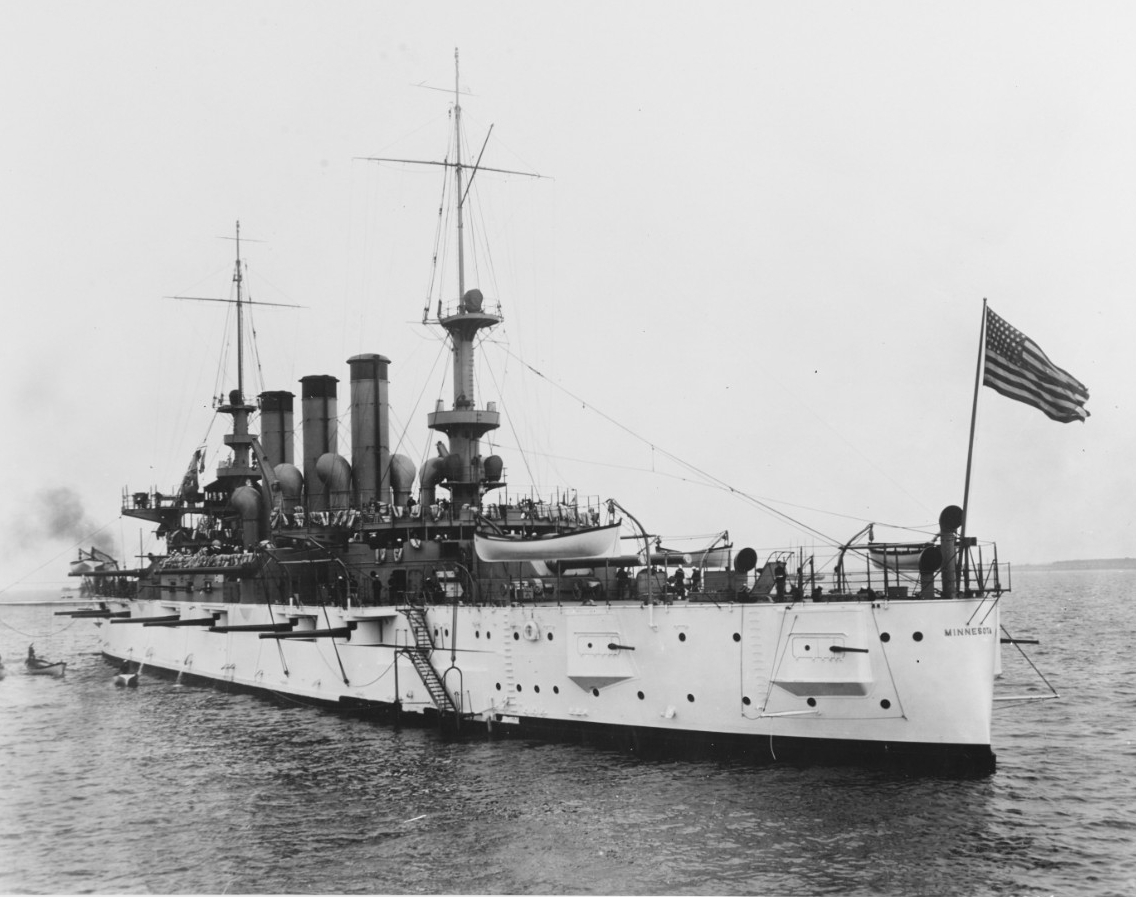 Minnesota, a territory organized in 1849 and named for a Sioux Indian word meaning “sky‑tinted water,” was admitted to the Union 11 May 1858 as the 32d State.

Following her shakedown off the New England coast, Minnesota was assigned to duty in connection with the Jamestown Exposition, Jamestown, Va., 22 April to 3 September 1907. On 16 December she departed Hampton Roads as one of the 16 battleships sent by President Theodore Roosevelt on a voyage around the world. The cruise of the “Great White Fleet,” lasting until 22 February 1909, served as a deterrent to possible hostilities in the Pacific; raised American prestige as a global naval power; and, most importantly, impressed upon Congress the need for a strong navy and a thriving merchant fleet to keep pace with the United States’ expanding international interests and her farflung possessions.

Returning from her world cruise, Minnesota resumed operations with the Atlantic Fleet. During the next 3 years she operated primarily along the east coast, with one brief deployment to the English Channel. In 1912, her employment schedule began to involve her more in interAmerican affairs. During the first half of that year she cruised in Cuban waters and was stationed at Guantanamo Bay, 7 to 22 June, to support actions aimed at establishing order during the Cuban insurrection. The following spring and summer she cruised in Mexican waters. In 1914, she twice returned to Mexican waters (26 January to 7 August and 11 October to 19 December) as that country continued in the throes of political turmoil. In 1915, she resumed east coast operations, with occasional cruises to the Caribbean area, which she continued until November 1916 when she became flagship, Reserve Force, Atlantic Fleet.

On 6 April 1917, as the United States entered World War I, Minnesota rejoined the active fleet at Tangier Sound, Chesapeake Bay, and was assigned to Division 4, Battleship Force. During World War I she was assigned as a gunnery and engineering training ship, cruising off the middle Atlantic seaboard until 29 September 1918. On that date, 20 miles from Fenwick Island Shoal Lightship (38°11' N.; 74°41' W.) she struck a mine, apparently laid by the German submarine U‑117. Suffering serious damage to the starboard side, but with no loss of life, she managed to reach Philadelphia where she underwent 5 months of repairs. On 11 March 1919, she put back to sea as a unit of the Cruiser and Transport Force. Assigned to that force until 23 July, she completed three round trips to Brest, France, to return over 3,000 veterans to the United States. 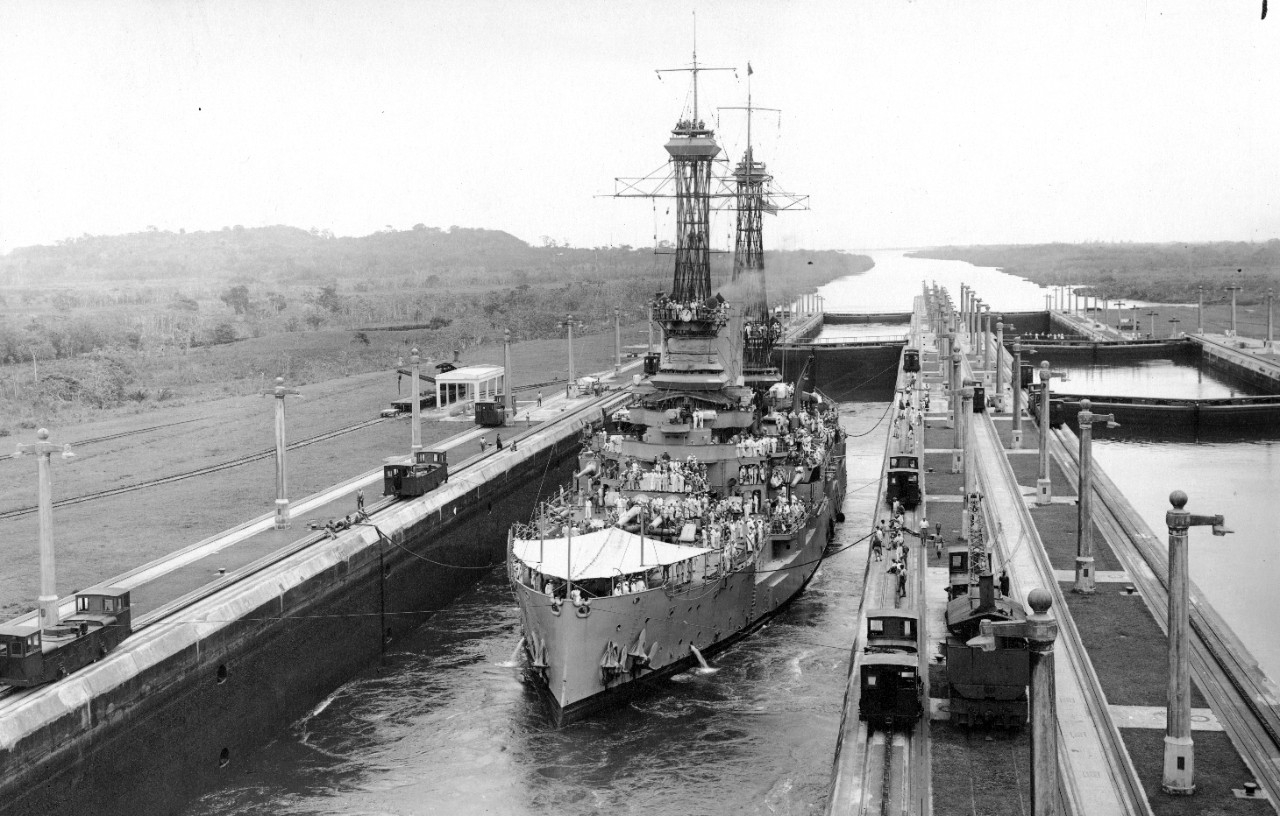 Primarily employed thereafter as a training ship, Minnesota conducted two midshipmen summer cruises (1920 and 1921) before decommissioned 1 December 1921. Struck from the Naval Register the same day, she was dismantled at the Philadelphia Navy Yard and on 23 January 1924 was sold for scrap.