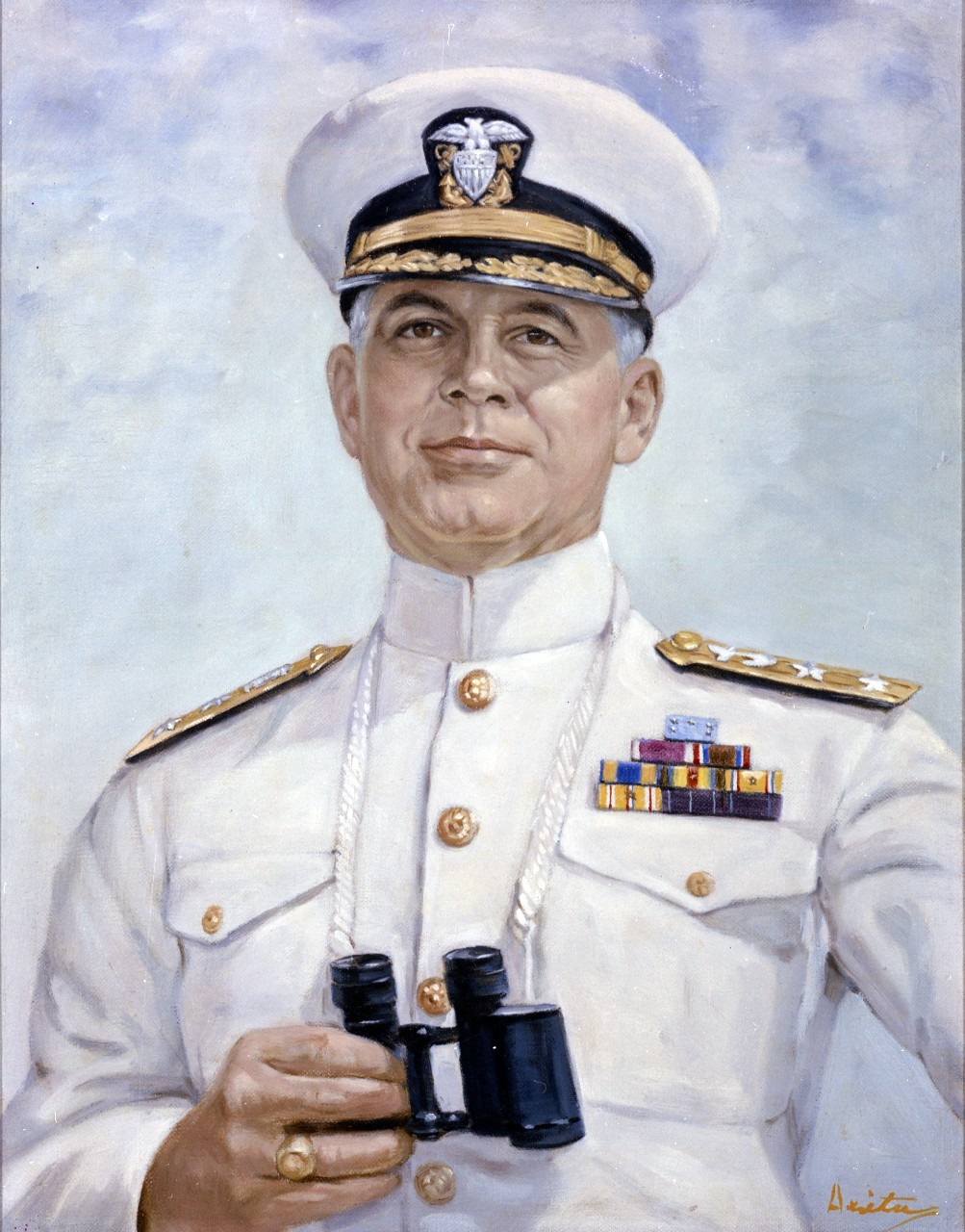 Isaac Campbell Kidd was born in Cleveland, Ohio, on 26 March 1884, son of Isaac and Jemina Campbell Kidd. He attended public schools in Cleveland, and after graduation from West High School entered the US Naval Academy, Annapolis, Maryland, on appointment from his native state in 1902. After graduation on 12 February 1906, he served as a Passed Midshipman in USS Columbia, which carried the Marine Expeditionary Force to the Canal Zone and participated in the cruise around the World. Completing the two years at sea, then required by law before commissioning, he was commissioned Ensign, to date from 13 February 1908, and subsequently advanced in rank to that of Rear Admiral, to date from 1 July 1940.

He served from 17 May 17 1907 until 2 May 1910, on board USS New Jersey, which participated in the cruise around the world; and in USS North Dakota, until June 1913, except for target practice and training duty at Annapolis during the winter of 1911-1912. He joined USS Pittsburgh on 30 June 1913, and during the Mexican trouble 1914-1916, served as First Lieutenant. He later served as Aide and Flag Secretary on the Staff of Commander in Chief, Pacific Fleet, in Pittsburgh, and later San Diego, flagships. He returned to the Naval Academy in August 1916, and was serving as an Instructor on the Academic Staff when the United States entered World War I.

Assisting in fitting out USS New Mexico in 1918, he served in that battleship during the last months of the war and until July 1919, when he became Aide and Flag Lieutenant on the Staff of Commander in Chief, Atlantic Fleet. After a tour of duty as Aide to the superintendent in Charge of Buildings and Grounds at the Naval Academy (1921 to 1925), he served as Executive Officer of USS Utah, from May 1925 until November 1926. For six months thereafter, he commanded USS Vega.

Duty as Captain of the port, at Cristobal, Canal Zone, from June 1927 until June 1930, preceded an assignment as Chief of staff to Commander Base Force, ending in April 1931. For three years he was in Charge of the Officer Detail Section of the Bureau of Navigation, Navy Department, Washington, DC, after which he again had sea duty, 25 February 1935 to 7 June 1936,as Commander Destroyer Squadron ONE, Scouting Force. He completed the Senior and Advanced courses at the Naval War College, Newport, Rhode Island, after which he served on the Staff there for several months.

During the period September 1938 until February 1940, he served as Commanding Officer of USS Arizona, then was designated Commander Battleship Division ONE, and Chief of Staff and Aide to Commander Battleships, Battle Force, with the accompanying rank of Rear Admiral. He was killed during the Japanese attack on the Fleet at Pearl Harbor, Territory of Hawaii, on 7 December 1941, the first Flag Officer to lose his life in World War II, and the first in our Navy to meet death in action against any foreign enemy. He was posthumously awarded the Medal of Honor, with citation as follows:

"For conspicuous devotion to duty, extraordinary courage, and complete disregard of his own life, during the attack on the Fleet in Pearl Harbor, Territory of Hawaii, by Japanese Forces on December 7, 1941. He immediately went to the bridge and as Commander Battleship Division ONE, courageously discharged his duties as Senior Officer Present Afloat until the USS ARIZONA, his Flagship, blew up from magazine explosions and a direct bomb hit on the bridge, which resulted in the loss of his life."

In addition to the Medal of Honor, Rear Admiral Kidd was posthumously awarded the Purple Heart Medal, and previously had the Cuban Pacification Medal (USS Columbia); the Mexican Service Medal (USS Pittsburgh); and the World War I Victory Medal, Atlantic Fleet Clasp; (USS New Mexico). He was entitled to the American Defense Service Medal, Fleet Clasp; Asiatic-Pacific Campaign Medal with one engagement star; and the World War II Victory Medal.

A destroyer, USS Kidd (DD-661), was named in honor of Rear Admiral Kidd, whose widow sponsored the ship at the launching at Federal Shipbuilding and Drydock Company, Kearny, New Jersey, on 28 February 1943.