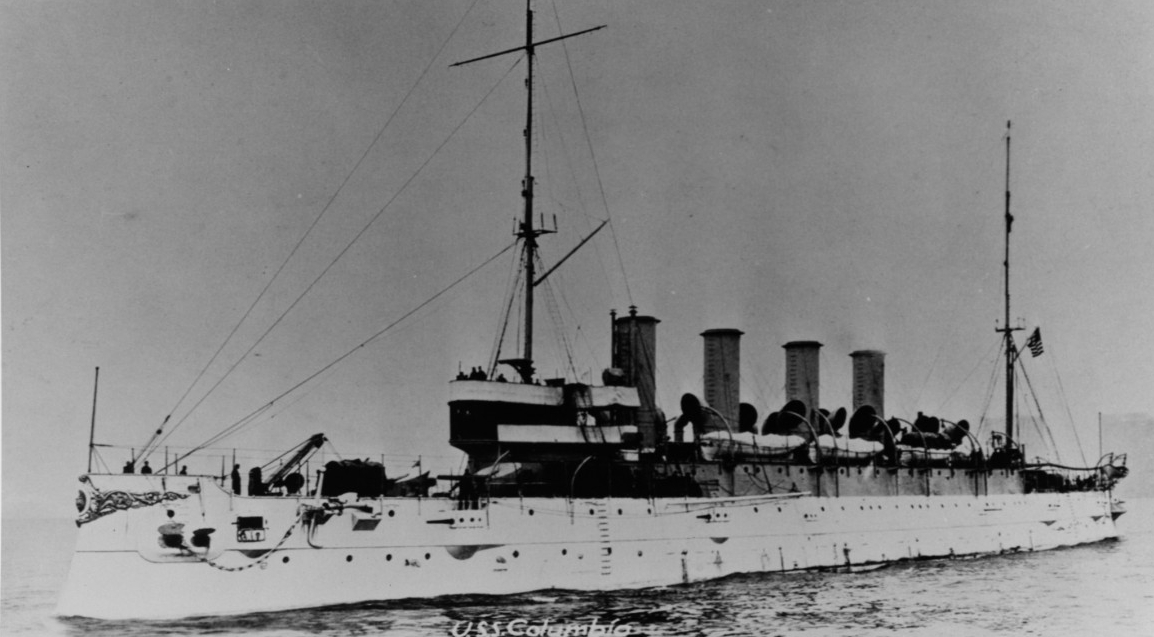 The personification of the United States of America. The capital of South Carolina and a river in the northwestern United States between Oregon and Washington.

Columbia joined the North Atlantic Squadron, and from 30 July 1894 to 5 January 1895 cruised to protect American interests in the Caribbean. She visited Europe in the summer of 1895 and represented the United States at the ceremonial opening of the Kiel Canal in June. Returning to the east coast in August, she operated in the western Atlantic until going in ordinary, in reserve at Philadelphia Navy Yard 13 May 1897. 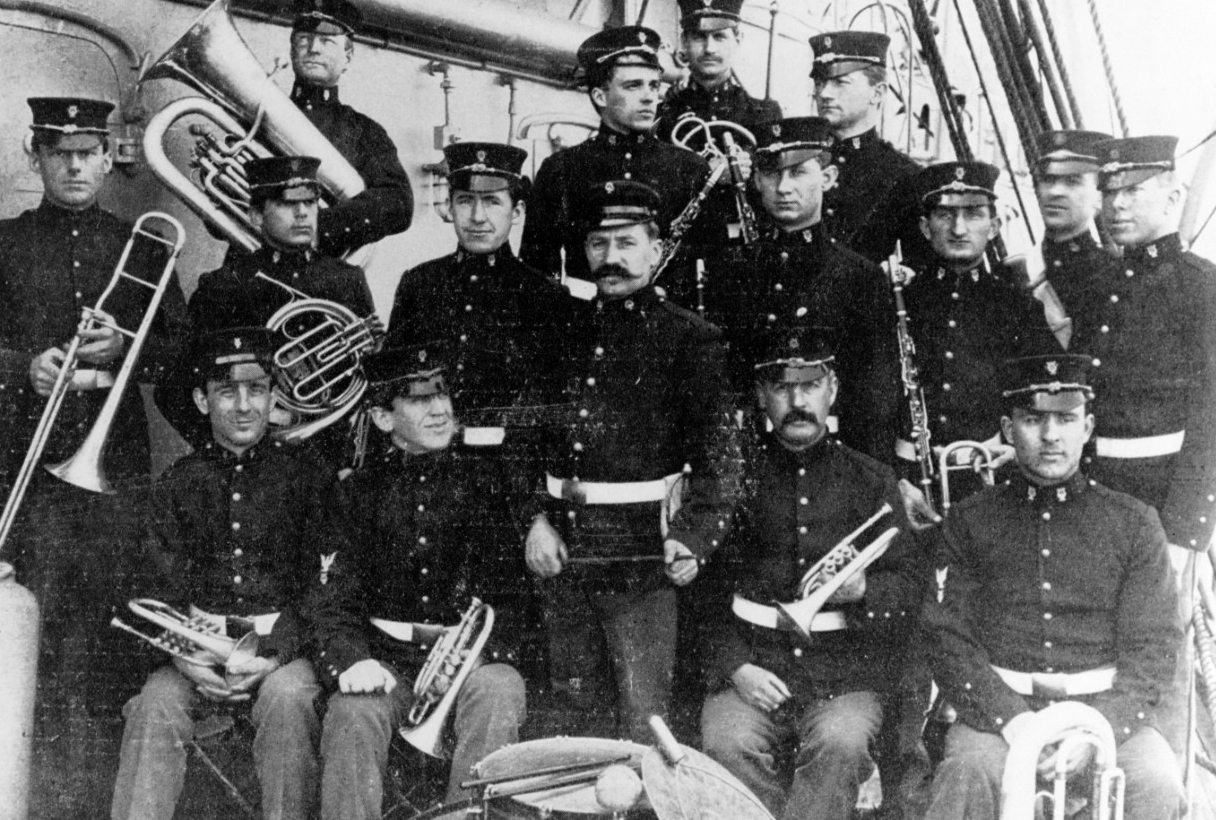 Recommissioned 15 March 1898 for service in the Spanish-American War Columbia patrolled along the Atlantic coast and in the West Indies until 26 August. She convoyed troops to Puerto Rico and aided in its occupation between July and 14 August. Columbia was decommissioned and placed in reserve at Philadelphia Navy Yard 31 March 1899.

Following recommissioning on 31 August 1902 Columbia served as receiving ship at New York and from 9 November 1903 as a part of the Atlantic Training Squadron. Once more out of commission at Philadelphia 3 May 1907 and 22 June 1915 the cruiser then joined the Submarine Flotilla as flagship. After cruising between the various Atlantic submarine bases on inspection tours she was detached 19 April 1917.

Columbia patrolled off the Delaware Breakwater from 21 April 1917 as flagship of Squadron 5, Patrol Force until July where she joined the Cruiser Force as a convoy escort. Between 1 January and 13 November 1918 she made five Atlantic escort voyages, protecting the passage of men and supplies for the American Expeditionary Force in France. On her detachment 7 January 1919, she became flagship of Squadron 2, Destroyer Force, Atlantic Fleet, operating along the east coast and in the Caribbean. She was relieved as flagship on 29 May but continued cruising until decommissioned at Philadelphia Navy Yard 29 June 1921.