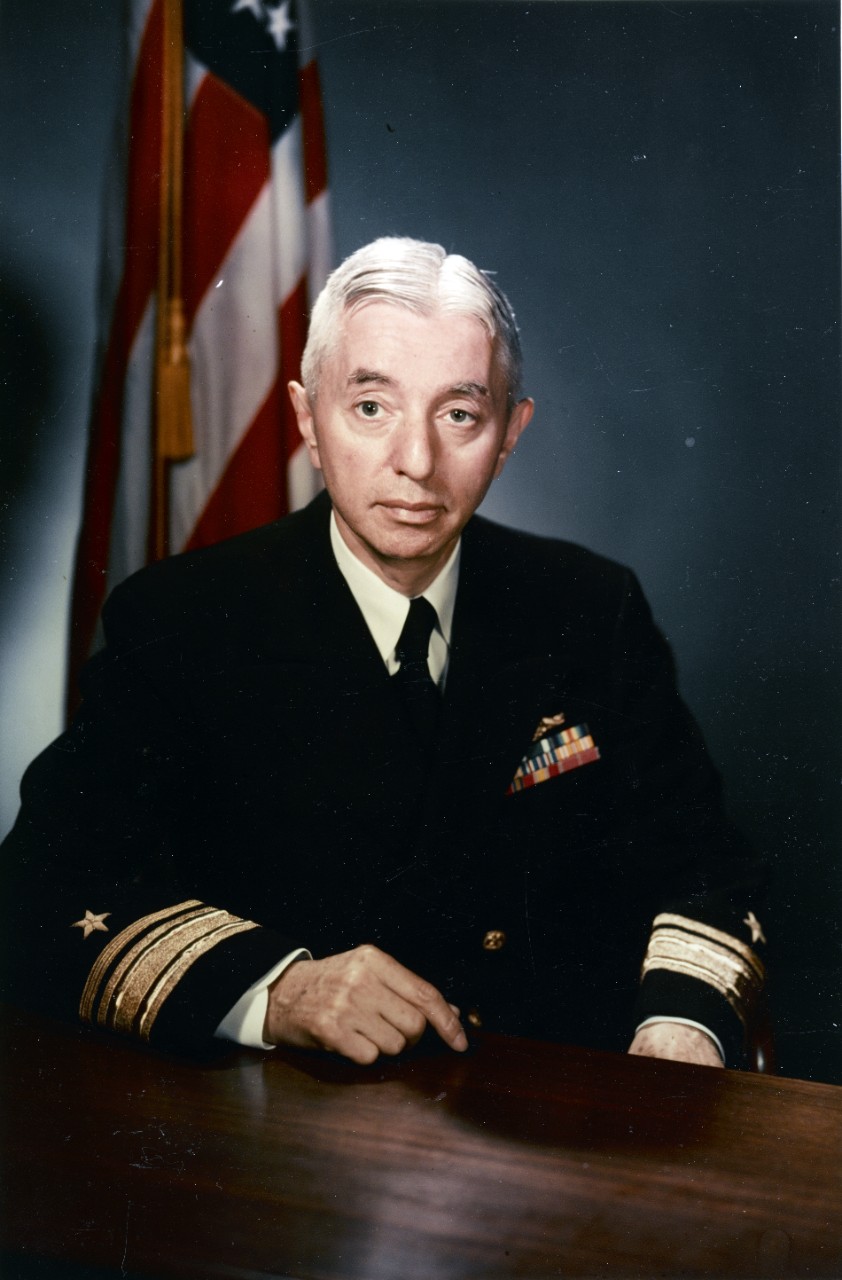 Hyman G. Rickover was born in Poland on 27 January 1900, just a few months before the American submarine force came into existence.

He graduated from the Naval Academy in 1922 and served on board USS LaVallette and USS Nevada until he returned to the Academy for postgraduate education in electrical engineering.

Rickover underwent submarine training between January and June 1930. His service as head of the Electrical Section in the Bureau of Ships during World War II brought him a Legion of Merit and gave him experience in directing large development programs, choosing talented technical people, and working closely with private industry.

Assigned to the Bureau of Ships in September 1947, Rickover received training in nuclear power at Oak Ridge Tennessee and worked with the bureau to explore the possibility of nuclear ship propulsion.

In February 1949 he received an assignment to the Division of Reactor Development, U.S. Atomic Energy Commission and then assumed control of the Navy's effort as Director of the Naval Reactors Branch in the Bureau of Ships. This twin role enabled him to lead the effort to develop the world's first nuclear-powered submarine, USS Nautilus (SSN-571). The latter joined the fleet in January 1955.

Promoted to the rank of Vice Admiral by 1958, Rickover exerted tremendous personal influence over the nuclear Navy in both an engineering and cultural sense. His views touched matters of design, propulsion, education, personnel, and professional standards. In every sense, he played the role of father to the nuclear fleet, its officers, and its men.

Named in his honor is the USS Hyman Rickover SSN-709