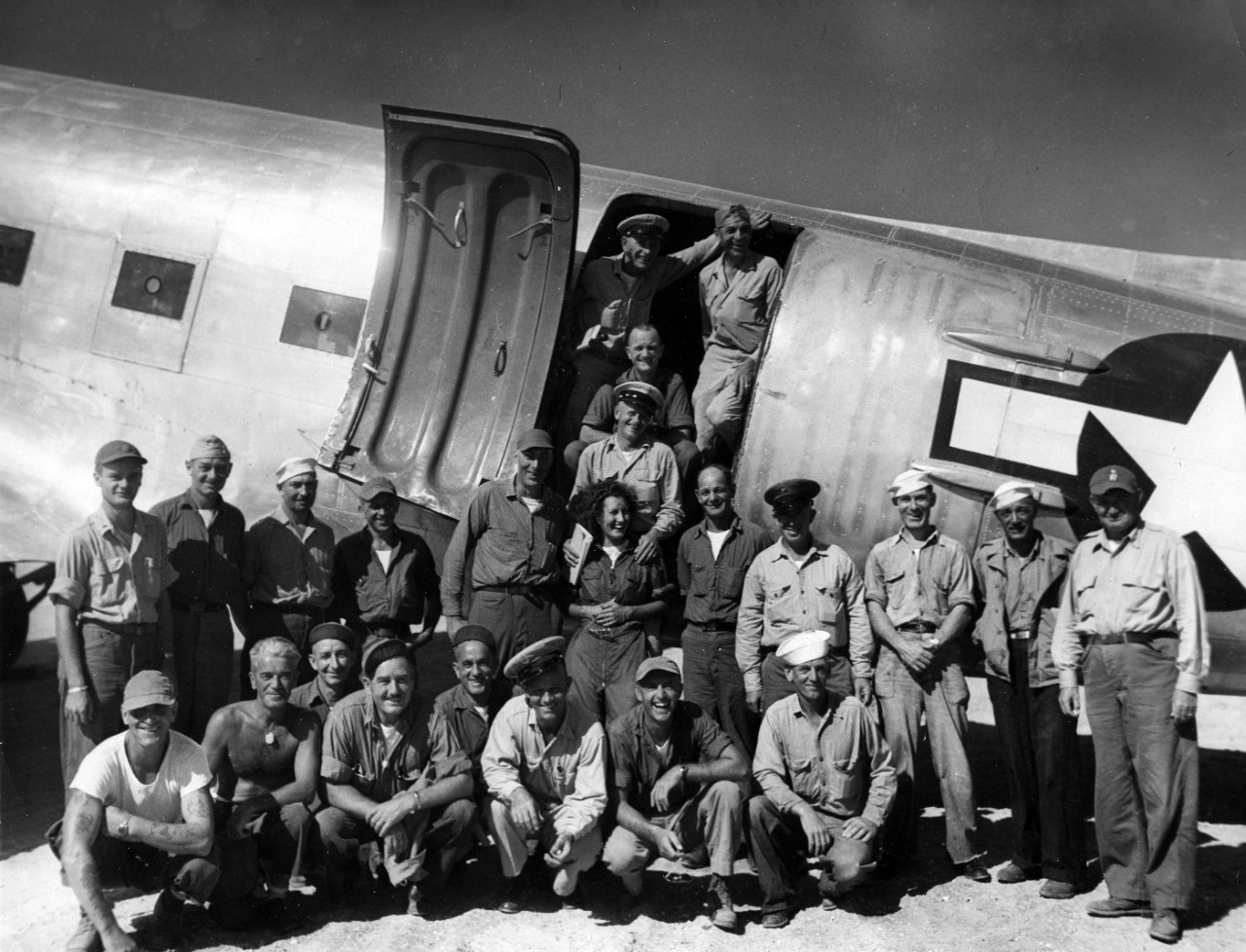 The imagery related to the Naval Air Transport Service (NATS) is particularly good and consists of topics such as: aircraft loading and logistics, crew members, onboard aircraft scenes, sorting mail prior to distribution, and general buildings associated with the NATS.

The photography of damage done to the city of Manila, Philippines, shows large-scale destruction of major buildings such as city hall and churches, as well as transportation services. The views in Shanghai and along the Whangpoo (Huangpu) River in China include general city scenes, buildings (department stores, temples, etc.), as well as a Chinese and US Navy military presence. There are two photographs that refer to the return of the US Ambassador via Shanghai with the NATS (the full description, however, is illegible).

The photographs of Okinawa are dated 1945, some of which were taken by the US Army Signal Corps (stamped on reverse). The relationship between the donor and these photos is unclear. There are general scenic photos as well as buildings, damage, villagers, construction, patrols, logistics, etc. One photo includes a caption that reads “NATS area, Yontan Field, early days” (this field became the first airfield on Okinawa to be used by the American forces. Later, it was developed into a major American base for Army, Marine, and Navy aircraft).

Below is a small selection of imagery related to the Naval Air Transport Service (NATS). To view additional photos, please contact the photo archive.