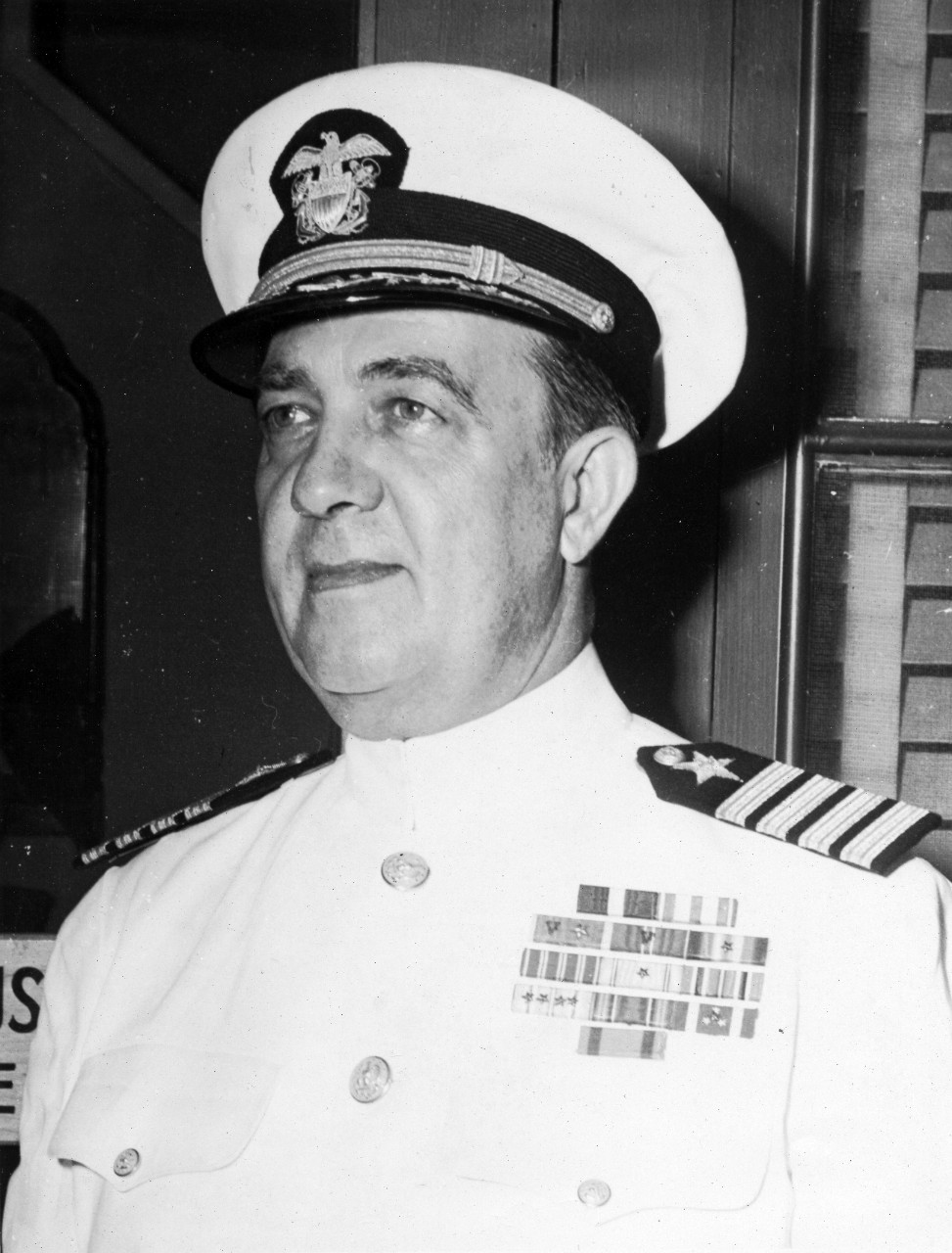 Loose materials include several portrait photographs and personal letters to RADM Binford upon his retirement in 1954 and honor by the New York Chapter of the Military Order of World Wars.

Album #1
Vsiting USS Manchester (CL-83) circa 1949. The cruiser operated in the Yellow, East China, and South China Seas until returning to Long Beach 28, November, 1949. Images include review of sailors, greeting visitors (including foreign military/navy), and general onboard scenes of various dignitaries.

Album # 2
Pearl Harbor, Hawaii, 1946-1949. Images are all personal, and include Binford with his wife visiting various locations on Hawaii, friends and family, activities the officers club, and other assorted events. Rear Admiral Binford was the chief of staff, 14th naval district and Hawaiian sea frontier and commander of cruiser division 15 of the Pacific Fleet.