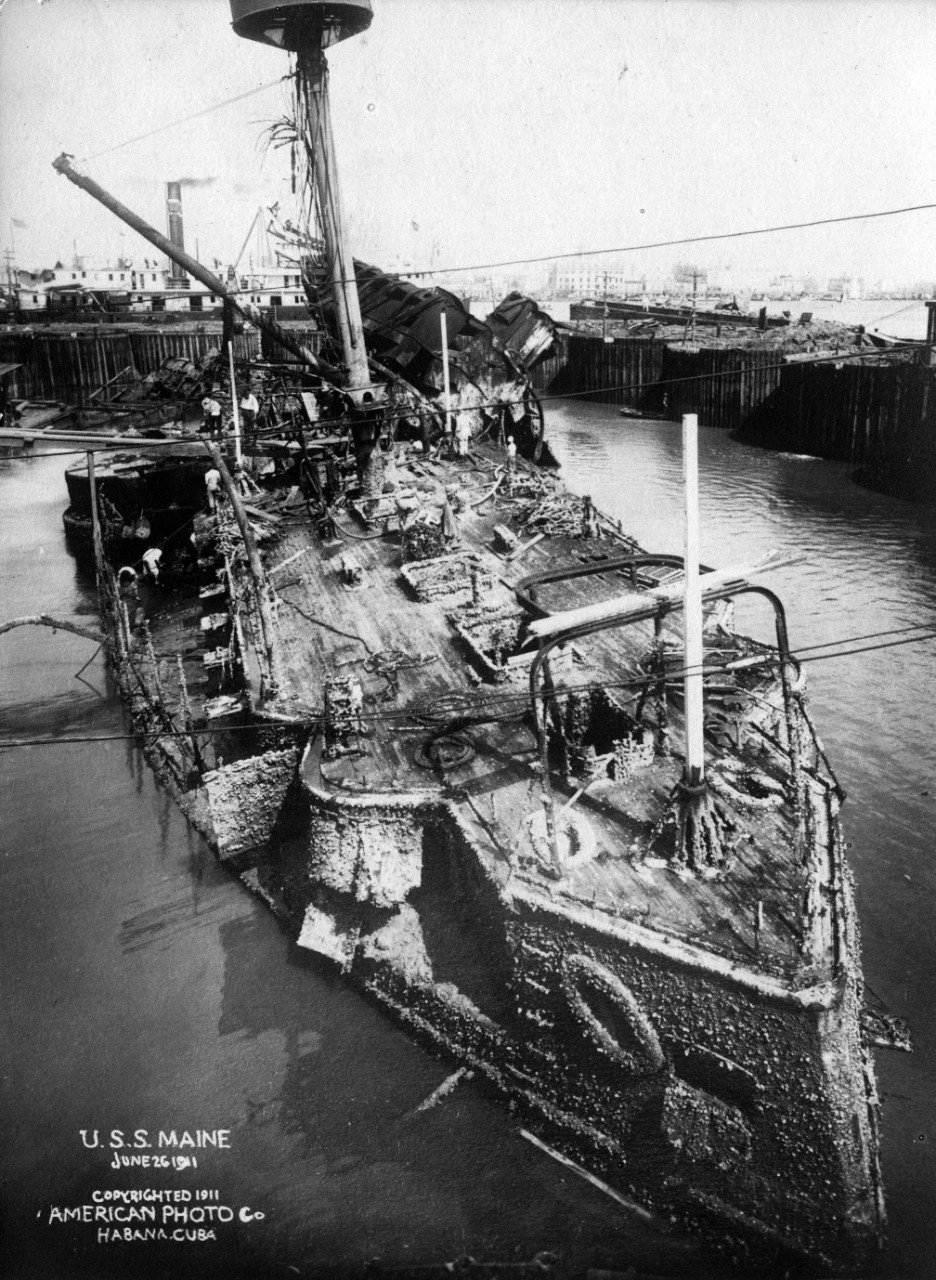 NHF-011-C
12 images showing the remains of the men killed when the ship was destroyed in Havana Harbor, being transferred to USS NORTH CAROLINA (CA-12). Also: views of the tug USS OSCEOLA (AT-47) towing the hulk out to sea off Key West, Florida, where she was scuttled. USS SALEM (CL-3) appears in background, in some of the latter images.

NHF-011-D
1 Image of the wreck of the USS MAINE in Havana Harbor, with USS KENTUCKY (BB-6) and USS MINNEAPOLIS (C-13) in the background.
The collection also contains a print donated by Mr. Alfred H. HAGG, in April 1933, showing MAINE underway at sea, effecting the rescue of two men clinging to a life float.