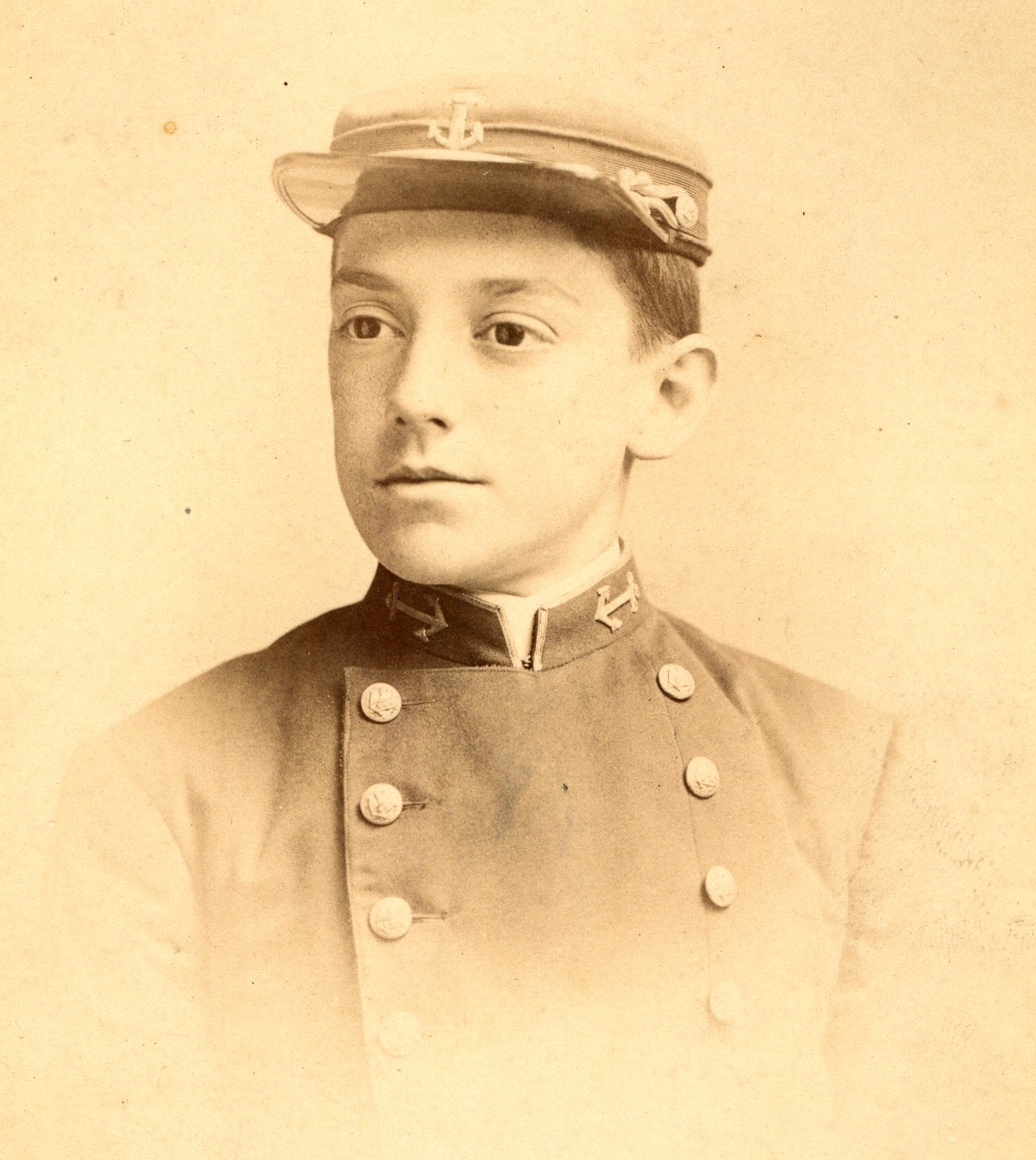 NHF-042-A
13 stereoscopic views of the grounds of the Naval Academy in the 1880’s showing buildings, paths, a ship model, and the midshipmen assembled in formation.

NHF-042-E
25 oversize prints of scenes at the Naval Academy as well as class pictures for 1894 and 1896. Group photos do include names. Scenes on the grounds include: Herndon monument, various midshipmen formations on the grounds, Atlantic house, hospital, chapel at Christmas, large ship models, mess hall, and particular attention is paid to paths along the grounds.