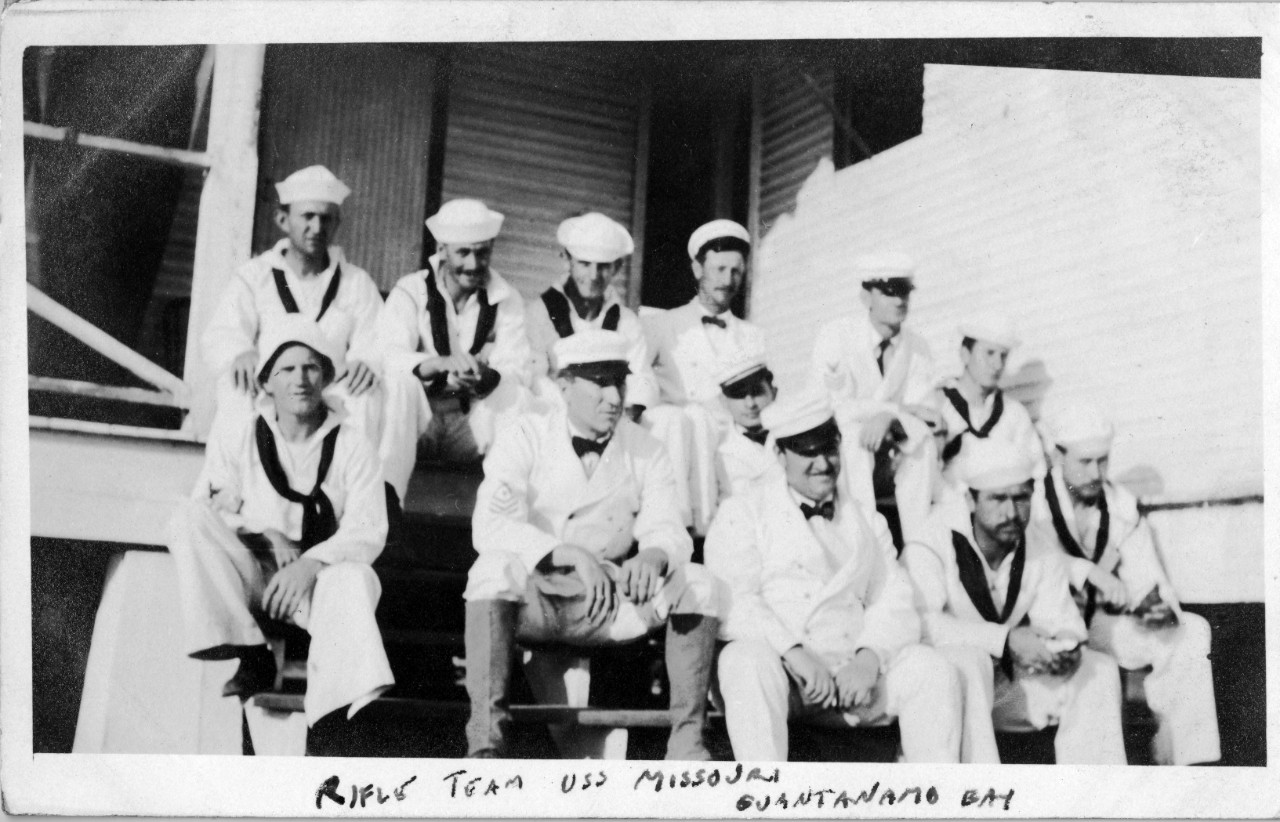 Title: John Harold Collection
Caption: Collection photo # S-518.01 - the USS Missouri (BB-11) rifle team, of which John Harold was a member
Description: Collection of 262 postcard photographs (formerly in an album) from Chief Quartermaster John Harold during his naval service. The images mainly depict ships, life onboard a ship, and scenes ashore during the Cruise of the Great White Fleet. It is not known the association of the photographs to Harold, whether they were contemporary to his service or purchased at a later date. Correspondence from the donor and inventories of the collection suggest   that Harold served aboard USS Missouri (BB-11). A large amount of the photographs has been cataloged into the item level NH system (NH 101466-NH 101549). See below for listings of specific subject matter and ships.
Catalog #: S-518
Donor: Mrs. John Harold
Copyright Owner: Naval History & Heritage Command
Related Content

Views of activities on board battleships, circa 1908 (mainly during the cruise of the Great White Fleet): 12” guns of USS Ohio; 6” gun crew in action; 18” torpedo; coaling; pie eating contest; sleeping on deck; target & gun crew of USS Georgia; crew calisthenics on USS Georgia, diver entering the water; scrubbing the deck; boxing and other games; mascots (goat and bear); and liberty party in a cutter.

Scenes at Guantanamo Bay, Cuba, circa 1909, include Fisherman’s Point; sailors marching in camp with fleet in the background; rifle range; sailor’s baseball game; and the USS Missouri rifle team.