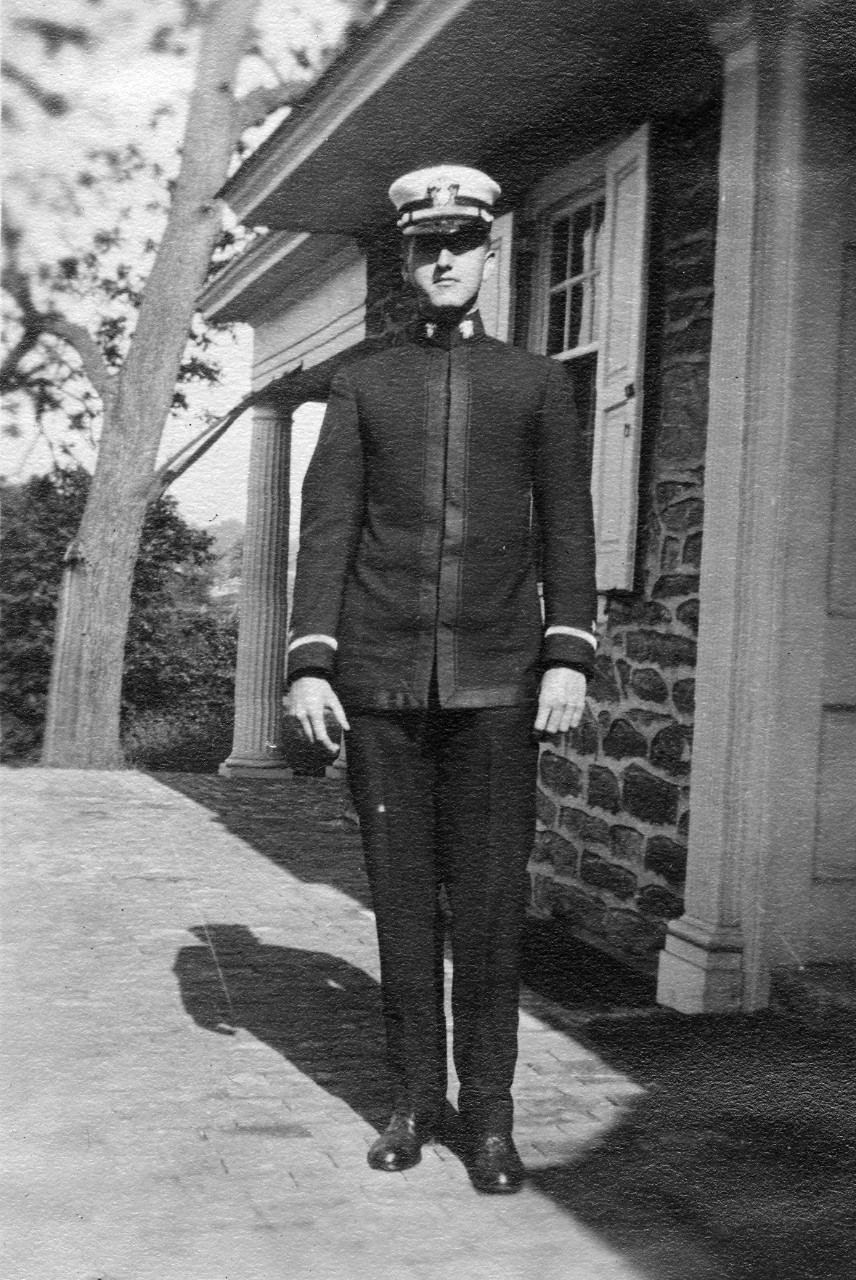 Title: Donald R. Cochran Collection
Caption: Collection photo # S-591.01 - Donald R. Cochran, June 1918
Description: Photo album (disassembled) donated by Mark Kulikowski of 26 pages related to the WWI era naval service of Donald Robb Cochran. The album holds 84 photographs of the crews and activities of USS Edward J. McKeever Jr. (SP-684) in the Delaware River/Bay area (including fellow shipmates and general views of onboard activities), and of USS Madawaska (ID # 3011) during her spring 1919 service bringing American troops home from France (including departure from Charleston, SC to St. Nazaire, France) There are several good images of troops embarking at St. Nazaire as well as some city views, and general onboard scenes of the officers. Photos of other ships and locations are included, as well as views of people who are either friends or family members of Cochran. Many of the images in this collection have been given item level “NH” catalog numbers.
Accession #:
Catalog #: S-591
Tags: NHHC_Tags:conflicts-and-wars/world-war-i-wwi
Donor: Mark Kulikowski
Copyright Owner: Naval History & Heritage Command
Related Content

Cochran was born in New York State on 21 December 1888 and served as an enlisted crew member of the minesweeper USS Edward J. McKeever Jr. (SP-684) during 1917-1918. Appointed to commissioned rank as an Ensign (temporary) in September 1918, he was subsequently assigned to USS Arizona (Battleship #39) and, beginning in April 1919, to the transport Madawaska (ID # 3011). He resigned from the Navy on 7 June 1919, at which time he held the rank of Lieutenant (Junior Grade – temporary).