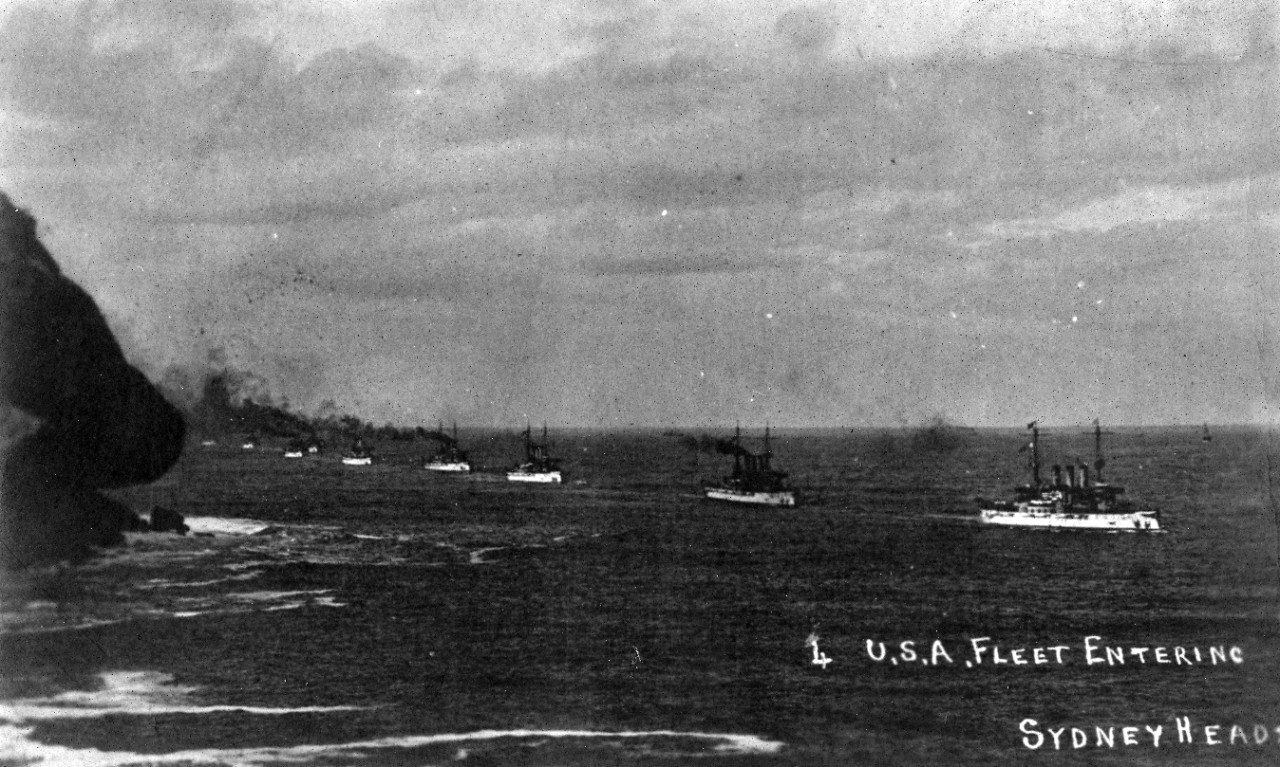 Caption: Collection photo number S-075-B.01: The Great White Fleet approaching Sydney, Australia, 1908.
Description: 112 postcards and small photos related to the cruise of the Great White Fleet, 1907-1909. In addition to pictures of numerous warships of the era, there are scenes on board ships, and scenes ashore at the various stops of the Great White Fleet. A significant portion of the images have been moved to the NH collection. Several were returned to the family in the 1980’s, with copies retained. Others are on display in the Navy Museum.
Accession #: S-File
Catalog #: S-075
Tags: NHHC_Tags:special-interest/topic/great-white-fleet, battleship, NHHC_Tags:phototags/recreation-sports, NHHC_Tags:phototags/animals/mascots
Donor: Ruth Mayfield
Copyright Owner: Naval History and Heritage Command (portions were returned to the donor's family)
Related Content

S-075-C: Scenes of activities on board US Navy warships, including sewing, washing, cleaning, food preparation, and playing games.