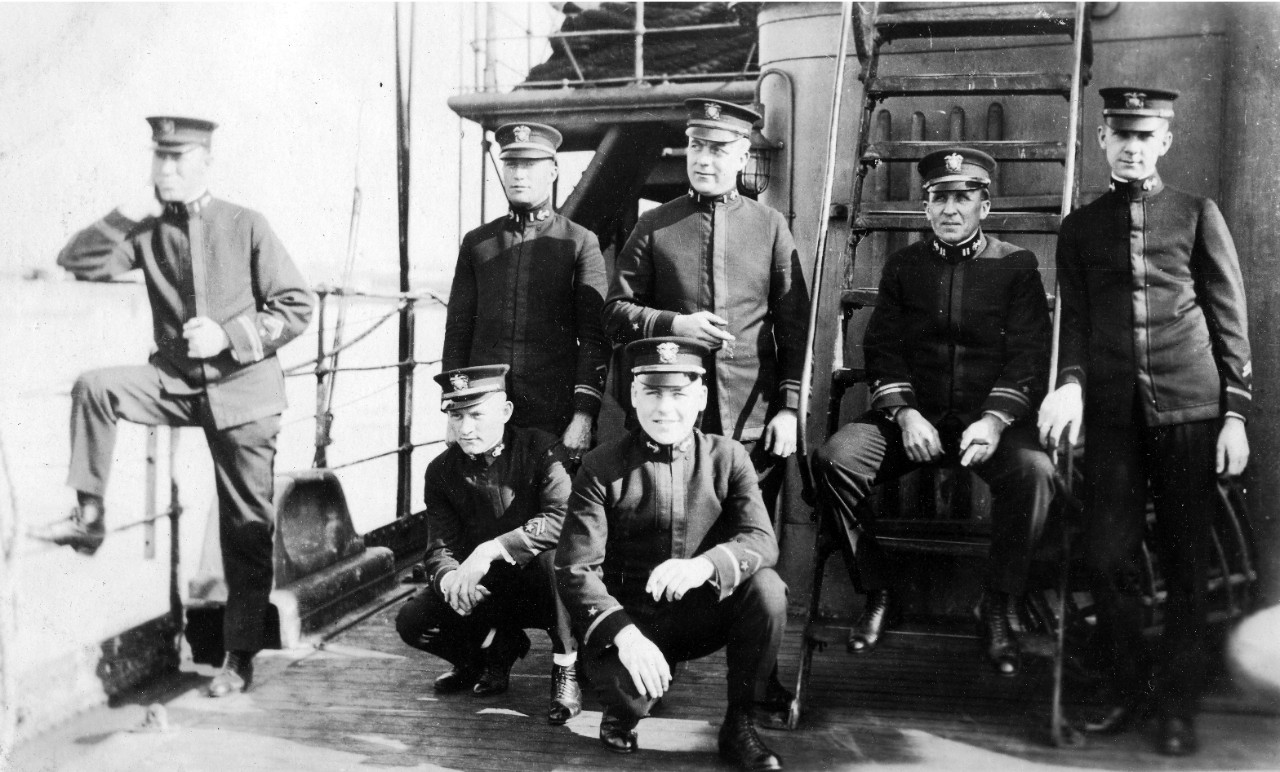 Loose images consist of copies of photos from the albums as well as crew photos of USS Abarenda (AC-13) and USS Ajax (AG-15). There is a large collection of negatives which include both naval and personal imagery.