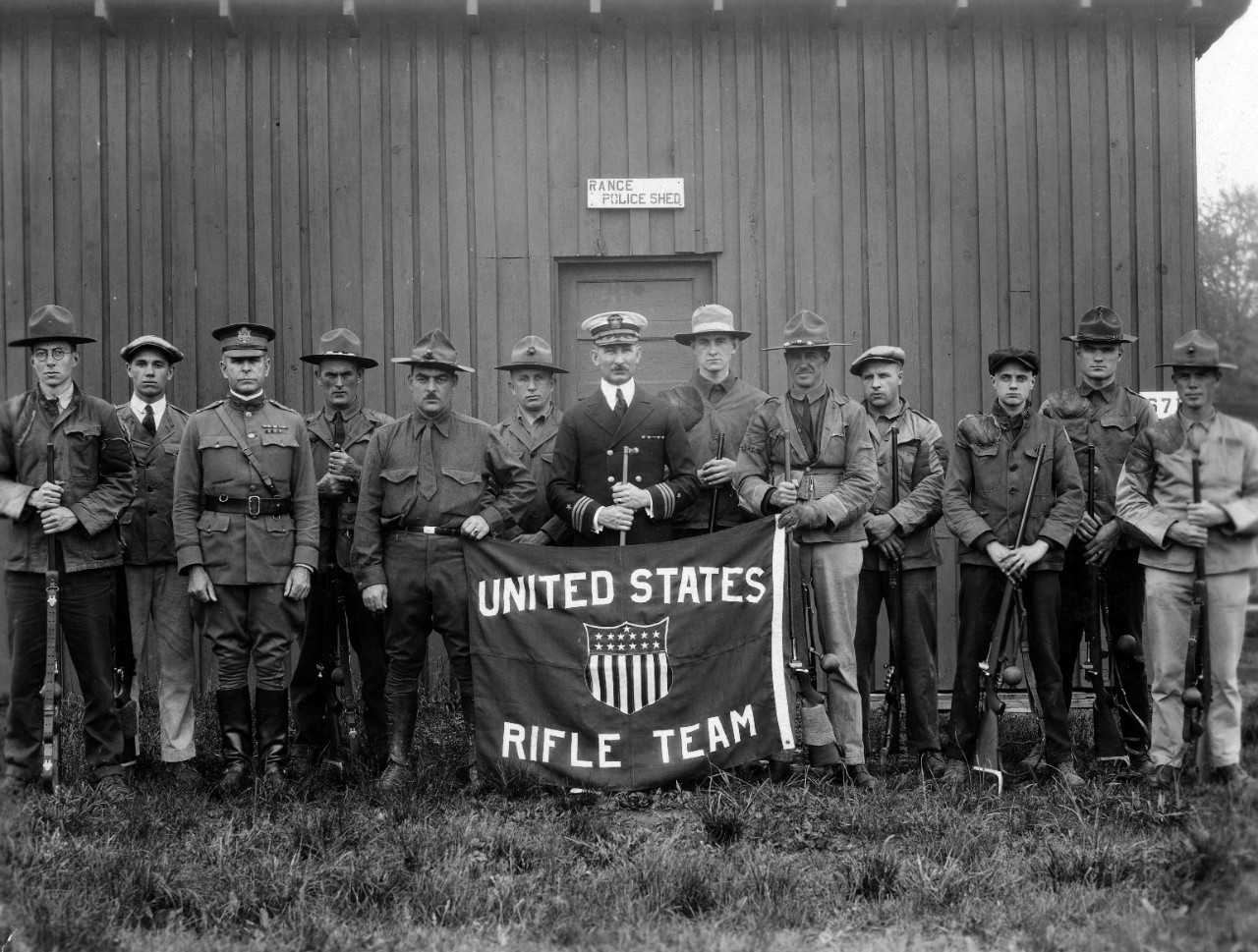 2 photographs of the US Navy Team. One is from the NATIONAL RIFLE MATCHES, NAVY RANGE, CALDWELL, N.J., August 1919 (Photographer: Mack Photo Co., Newark, N.J.)
The only identified person is Commander C.T. Osburn.

3 unidentified photographs- one is possibly of a US Olympic rifle team; 1 postcard of the opening of the 1928 Olympics.

6 images of targets. 5 are C.T. Osburn’s from the International Match in 1922. Possibly it is the one held in Milan, Italy. 1 is Dr. W. SCHNYDER from SWITZERLAND. The 1924 Olympic Pistol Champion at Reims, France.

15 photos of the change of command of the USS CONCORD (CL-10) IN 1931 from Rear Admiral SEXTON to Rear Admiral W.D. LEAHY. Osburn was Concord’s executive officer at this time. Other identifiable persons include: Captain N.E. NICHOLS.

1 photograph from an annual ball given by the FILIPPINO BLUEJACKETS of USS HENDERSON (AP-1) at the Metropolitan Ball Room in the Metropolitan Theatre Building, MANILA, PHILIPPINES. Captain C.T. Osburn was commanding officer of the ship at that time. The one dated May 18, 1935 was presented to Captain Osburn by C.T. MONZON. The other one is dated September 12, 1934 (Photographer: NIEVERA, Manila). Original photograph has been removed and replaced with a printout of its NHC Online Library page. 1 photograph of the ARMY WAR COLLEGE, class of 1928-29 in WASHINGTON, D.C. (Photographer: RIDEOUT, Washington, DC.) Six of the men are from the Navy.  Naval officers include: Commander Osburn and Commander Matthias E. MANLY (Filed: oversize).