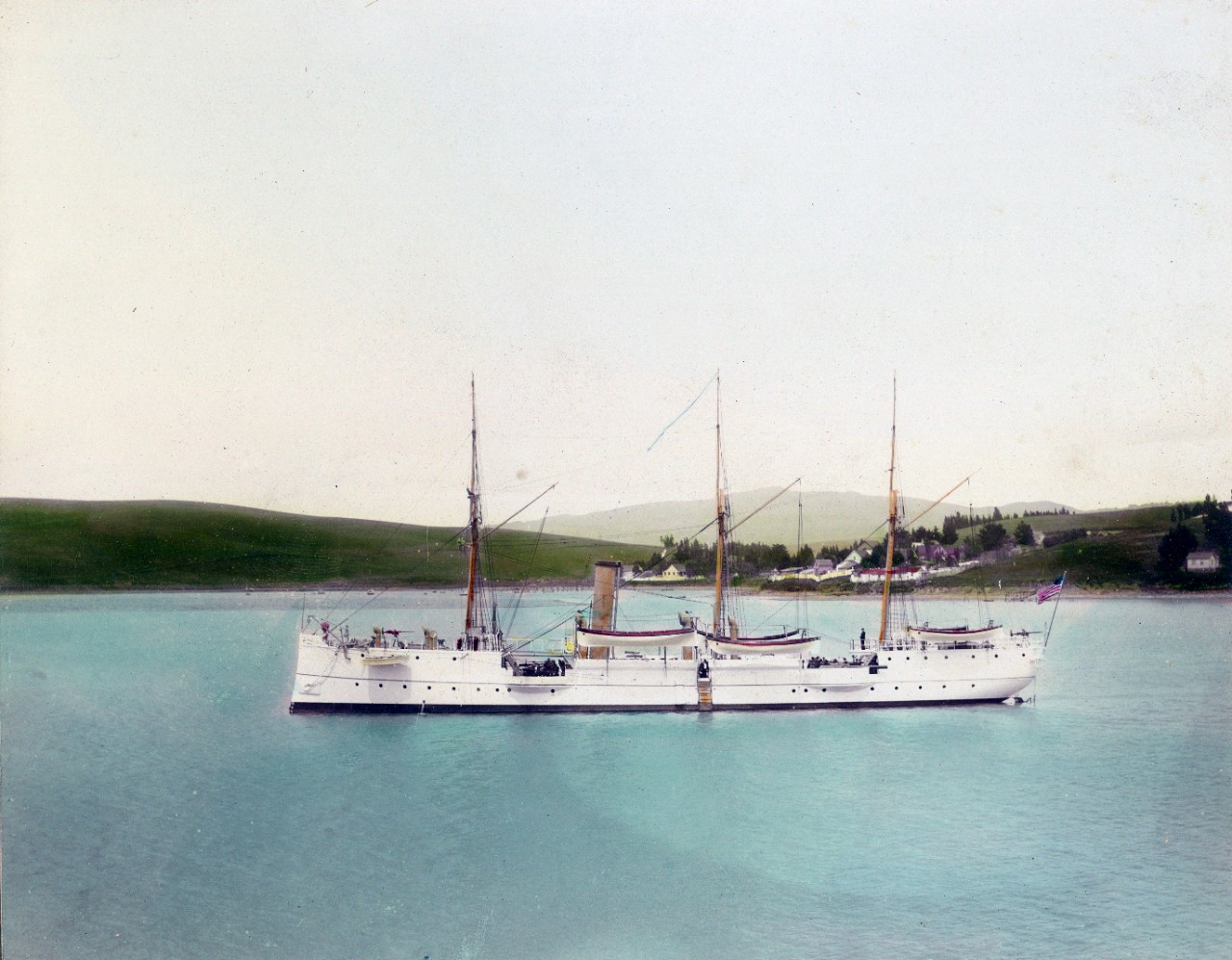 NHF-049-B
Photo album showing a naval expedition to Panama and Colombia, May-July 1900. Sites and people with captions. Colon is featured prominently, as are the campsites of the expedition. Views of jungle, huts, ruins, forts. USS Supply.

NHF-049-C
9 black and white photos: torn photo of Sargent;  ship’s wardroom decorated for Christmas; officers of USS Patoka (AO-9); photos of other individuals and groups. 2 of these photos have been removed to the NH collection