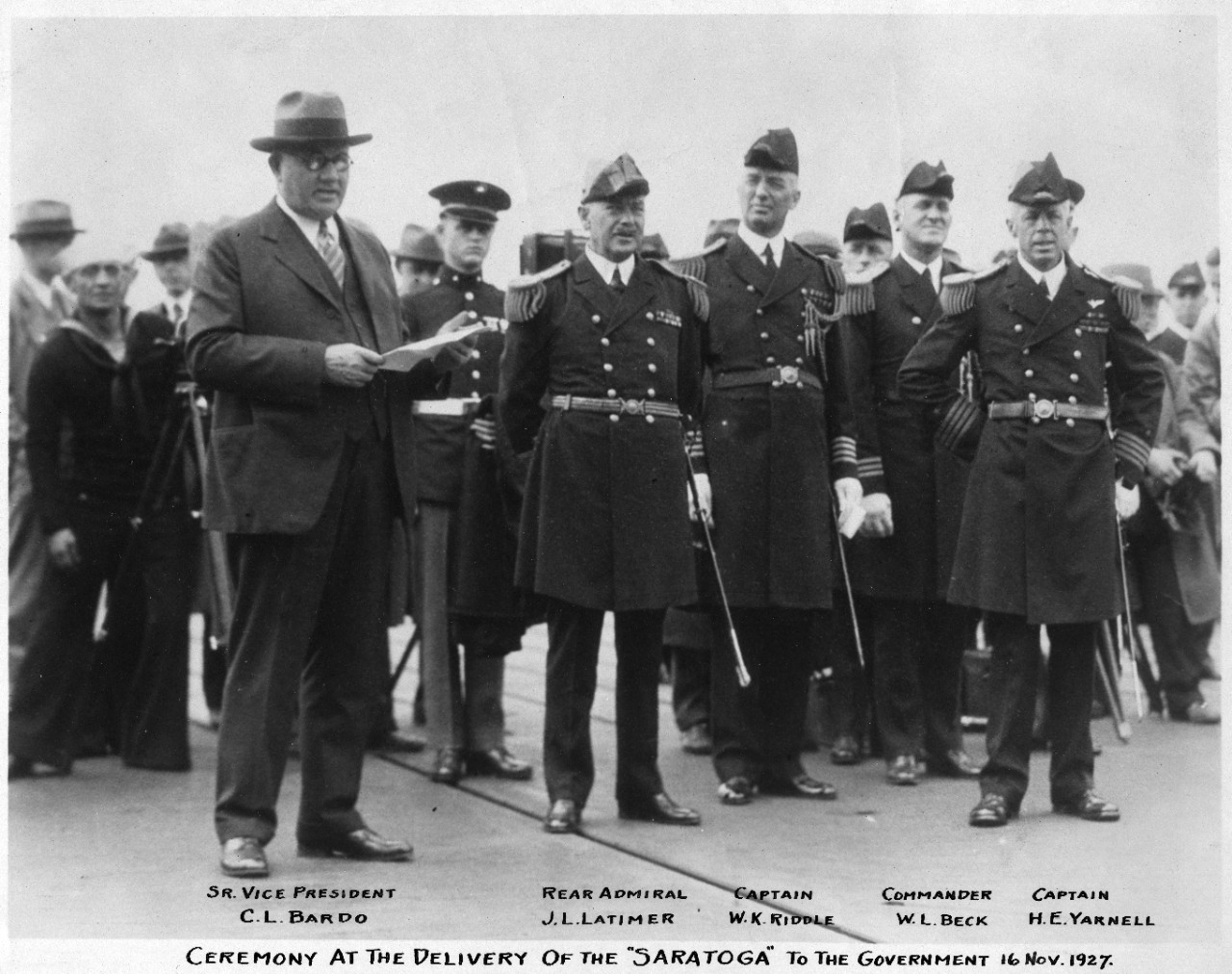 Acc #64-043-1
16 photos of the USS Augusta in the port of Shanghai, China, and of the port itself, c. 1937. Other ships that appear include: HIJMS IDZUMO;
1 photo of USS Augusta in SYDNEY Harbor;
1 photograph of Admiral Yarnell flanked by Captain R.F. McConnell (chief of staff) and Lieutenant John Sylvester (Flag-lieutenant) c. October-November, 1936 aboard the Augusta;
1 photo of the commanders of neutral naval forces in Chinese waters meeting on board of the USS Augusta, October, 1937. (This is very similar to NH 77815 in which all the personnel has been identified.);
1 photo of Admiral Yarnell and Captain Riley F. McConnell with 3 officers of the Imperial Japanese Navy;
1 photo of USS LEXINGTON (CV-2) off Honolulu, 1933 (Filed: Oversize Prints);
1 snapshot of Phillip Yarnell standing next to the USS CONSTELLATION (1797-1955), Newport, RI, 1928. (NH55374);
1 photograph of USS Augusta in Shanghai, China, with a fire, the result of Japanese shelling, in the background. September, 1937.

Under this number all of the NH negative numbers have been collected for the Yarnell Collection.