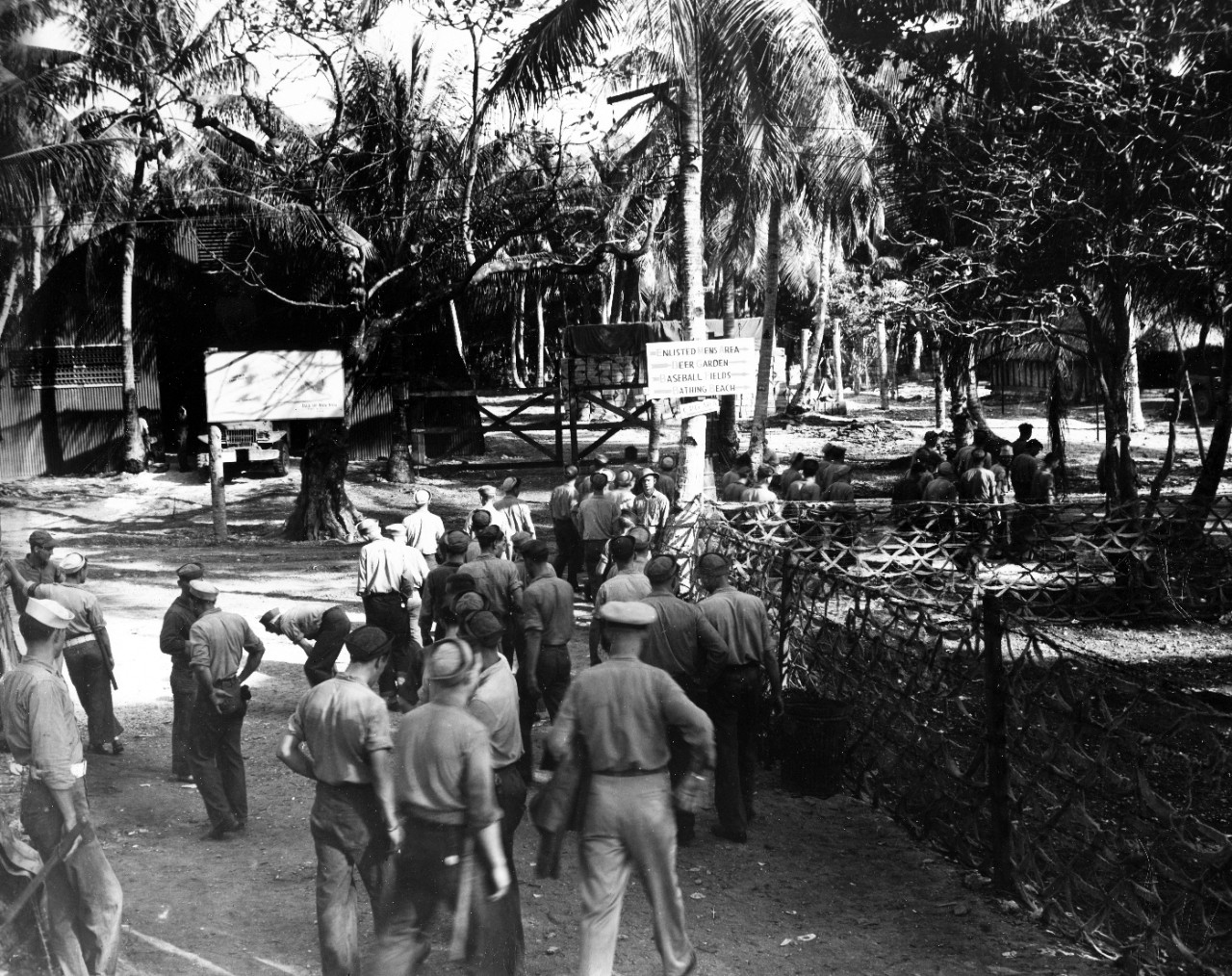 The photos at Leyte include the Tacloban airfield; adjacent beach (with downed and wrecked aircraft in the ocean); a fuel dump of fire as a result of enemy attack; provincial buildings (to become headquarters for General MacArthur); general roads and village buildings; and the nearby island of Samar (including construction of a sea plane base). Several images show the significant amounts of mud in the streets and at the docks, resulting in difficulty in unloading of the attack cargo ships (AKA). One of the photos notes that many planes were lost while landing at the Tacloban air strip due to the very poor sand and gravel surface prior to the laying of metal matting. An image of an unknown (non-American) vessel is shown under fire with its crew clinging to the side of the ship as it goes down. Also included are several images of Commander Alvan Fisher, Rear Admiral Ernest Gunther, and Captain Wilfred L. Painter on a PT boat off Guiuan, Samar, Philippine Islands.

The island of Mogmog, at the Ulithi Atoll in the Marianas, was assigned for recreation. The images show the fleet recreational center, landing at the island’s dock, sailors playing various sports (volleyball, baseball, and basketball), socializing in the beer garden, and officers club.