The Movie U-571 is not based on the actual circumstances of the naval career of the German Submarine named U-571. Rather, it is a fictional narrative, loosely based on events involving several different German submarines during World War II, including U-110, U-570, U-559, and U-505.

Background on Events Involving German Submarines Boarded by the U.S. and Britain During World War II

During World War II, British and American naval forces boarded several German submarines after they were damaged, scuttled, or surrendered. On 9 May 1941, three British destroyers, HMS Bulldog, HMS Broadway, and HMS Aubrietia, attacked U-110. When the German crew abandoned their damaged submarine, a boarding party from Bulldog got on board and recovered a working Enigma machine, its cipher keys, keybooks and other cryptological records. Although taken under tow by the British, U-110 flooded and sank about 100 hundred miles from Iceland.

On 27 August 1941, the inexperienced crew of U-570 surrendered their boat in the North Atlantic to a British aircraft. While the submarine was escorted to Iceland, the German crew threw the Enigma machine and all code books and keys overboard. In Iceland, the British examined the submarine. Later the boat was recommissioned as a British submarine, HMS Graph. The British used this submarine for testing to determine the capabilities of the German submarine, including the depth to which the German submarines could operate.

On 30 October 1942, U-559 was damaged by five British destroyers in the eastern Mediterranean. After the captain was killed and the crew abandoned the U-boat, a British boarding party from HMS Petard entered the submarine and recovered the signal key books. Then two British sailors drowned trying to remove the Enigma machine when U-559 quickly sunk. However, the recovery of the signal key books was important because the addition of the fourth rotor in the early months of 1942 had prevented the Allied codebreakers from reading messages to the German submarines. The key books from U-559 enabled the Allies codebreakers to understand how the fourth rotor on the Enigma machine worked and to start reading the messages to German submarines again.

On 4 June 1944, a hunter-killer group of the United States Navy captured the German submarine U-505. This event marked the first time a U.S. Navy vessel had captured an enemy vessel at sea since the nineteenth century. The action took place in the Atlantic Ocean, at Latitude 21-30N, Longitude 19-20W, about 150 miles off the coast of Rio De Oro, Africa. The American force was commanded by Captain Daniel V. Gallery, USN, and comprised the escort Carrier Guadalcanal (CVE-60) and five escort vessels under Commander Frederick S. Hall, USN: Pillsbury (DE-133) Pope DE-134), Flaherty (DE-135), Chatelain (DE-149), and Jenks (DE-665). As a result of the American attack on U-505, the German crew abandoned the boat after setting scuttling charges and pulling plugs to sink the submarine. Then Pillsbury sent its motor whaleboat to the circling submarine where Lieutenant (junior grade) Albert L. David, USN, led an eight-man party on board. Despite the probability of U-505 sinking or blowing up at any minute and not knowing what form of resistance they might meet below, David and his men clambered up the conning tower and then down the hatches into the boat itself. After a quick examination proved the U-boat was completely deserted (except for one dead man on deck - the only fatality of the action), the boarders set about bundling up charts, code books, and papers, disconnecting demolition charges, closing valves, and plugging leaks. By the time the flood of water had been stopped, the U-boat was low in the water and down by the stern. Lieutenant David was awarded a Medal of Honor for his role in this operation. 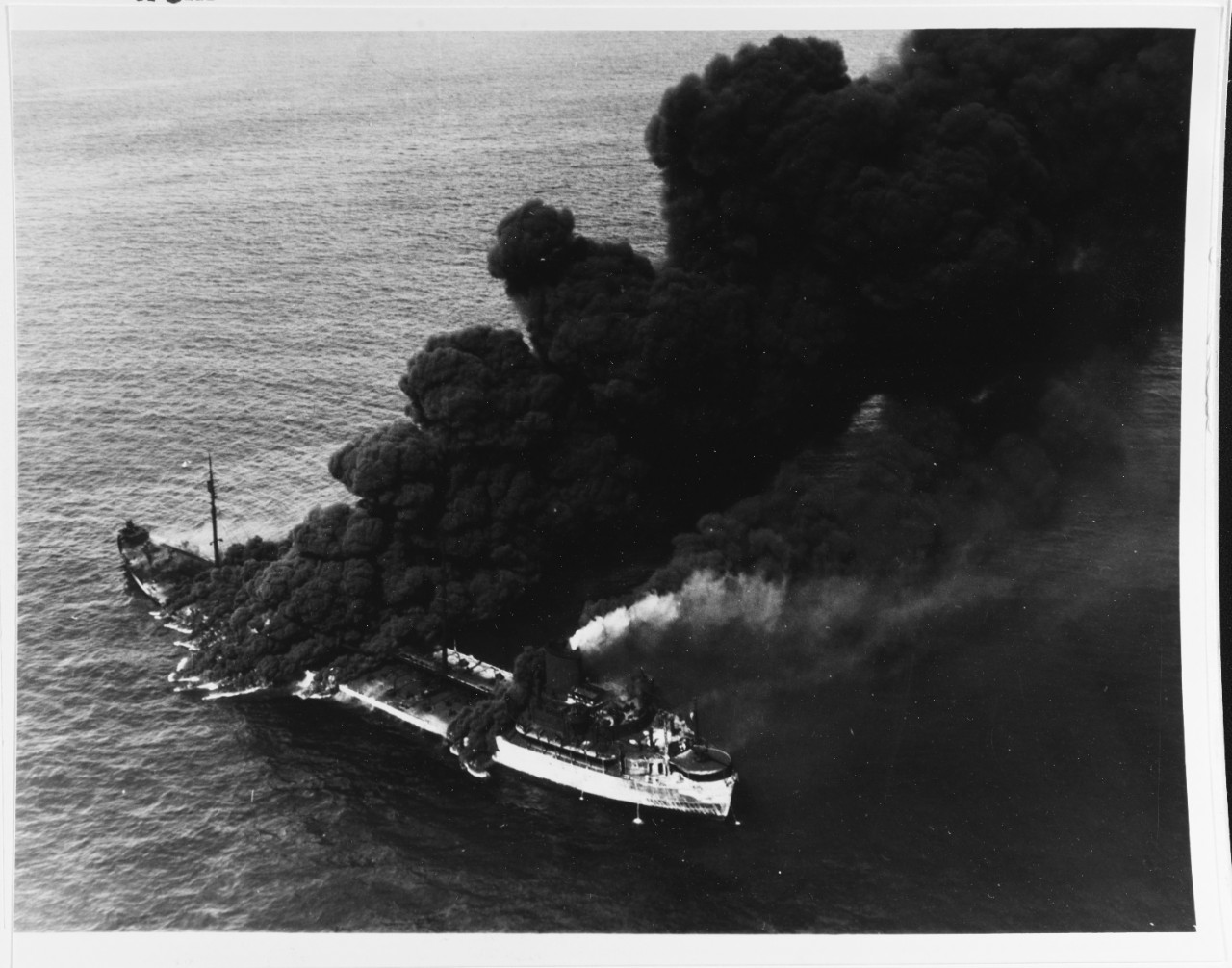 On 22 May 1941, the type VIIC German submarine U-571 was commissioned under the command of Kapitänleutnant (English equivalent Lieutenant) Helmut Möhlmann. Under his command U-571 had nine successful patrols in the Arctic, and the North and Central Atlantic. In August and September 1941, U-571 operated against Allied and Soviet forces sinking the Soviet passenger vessel Marija Uljanova on 26 August.

In 1942, U-571 operated off East Coast of the U.S. sinking the British freighter Hertford on 29 March, the Norwegian tanker Koll on 6 April off Cape Hatteras, and the American freighter Margaret on 14 April after the ship left San Juan, Puerto Rico. Unfortunately although U-571's log mentions that some of the 8 officers and 21 men managed to get into a lifeboat and onto rafts, none of Margaret's crew were ever seen again. In July 1942 the submarine operated in the Caribbean and torpedoed four ships; the British freighter Umtata on 7 July, the American tanker, SS J. A. Moffet on 8 July, the Honduran freighter Nicholas Cuneo on 9 July and on 15 July the American tanker, SS Pennsylvania Sun. The whole crew of J. A. Moffet (35 merchant marine and 5 Naval Armed Guard) abandoned ship into two lifeboats and three rafts, except for the master who was killed. The Coast Guard vessels Mary Jean and Southbound picked up the 39 survivors and brought them to Florida. When SS Pennsylvania Sun was torpedoed, two of the merchant crew died in the resulting explosion, but the rest of the 40 merchant marine crew and the 17 members of the Naval Armed Guard survived after being rescued by USS Dahlgren (DD-187). Pennsylvania Sun was later salvaged and returned to service, while the other three ships attacked in July were sunk. In April 1943, Möhlmann claimed that he sank three additional ships but these could not be matched with records of Allied losses.

After Oberleutnant zur See (English equivalent Lieutenant Junior Grade) Gustov Lüssow took command on 2 May 1943, U-571 patrolled off the west coast of Africa in July 1943 before returning to base on 1 September 1943. Between September and December, U-571 was probably being overhauled in a drydock as no mention of the boat for that time period appears in war diary kept by the German Commander in Chief, Submarines, Admiral Doenitz. On 18 January 1944, Lüssow reported to his submarine command that he attacked and sank on unknown destroyer, however this could not be verified to any known Allied losses during World War II. On 28 January 1944 in the North Atlantic, U-571 sank on its eleventh war patrol after fighting on the surface with an Australian Sunderland aircraft from RAAF 461 Squadron. The aircraft pilot noted that most of the crew got into the water, but froze in the cold water. U-571 is listed as sinking with all hands at 52.41N; 14.27W.

The National Archives and Records Service, 8601 Adelphi Road, College Park, MD 20740 has microfilm copies of the war diaries written in German by the U-boat's commanding officers. The war diaries consist of short terse comments on all operational incidents. The war diaries for U-571 are on the following reels of microfilm: