Documenting the Attack on the Pentagon on 9/11 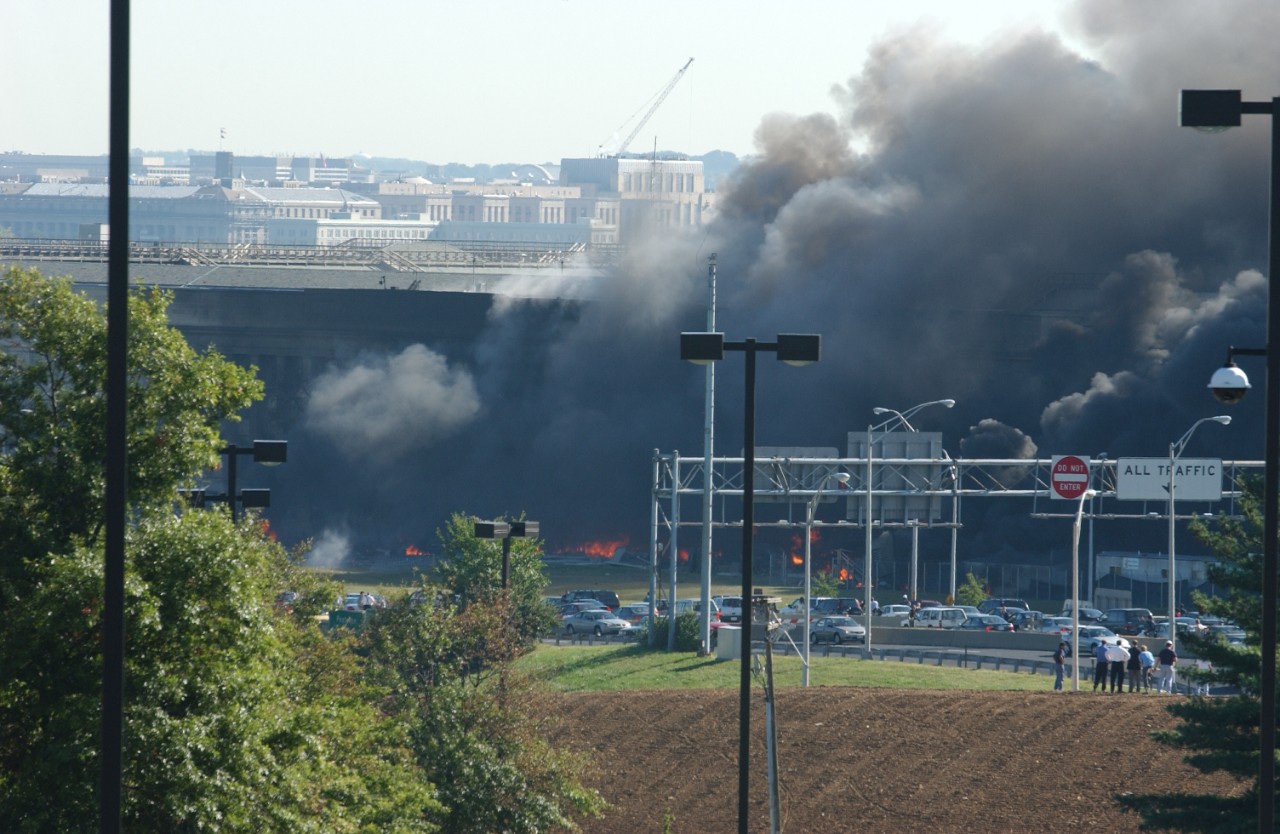 At 0937 on 11 September 2001, a Boeing 757 operating as American Airlines Flight 77 crashed into the west side of the Pentagon, the headquarters of the United States Department of Defense. The aircraft, which had been hijacked by terrorists, struck the building at the 1st Floor level between the 4th and 5th corridors in Wedge 1. In the immediate path of the hijacked plane was the Navy Command Center (NCC), the central hub for tracking and monitoring global naval operations. On a normal workday, between 50 and 70 people were on duty in the NCC. On the morning of 11 September, 42 Navy personnel working in the NCC lost their lives. The losses included military and civilian personnel, as well as contractors.  Of the survivors, some escaped relatively unscathed, while others would require significant medial atttention.

In the immediate aftermath of the attacks on 11 September, the Department of Defense and all of the branches of the Armed Forces began efforts to document the attacks. The Naval Historical Center (the predecessor of NHHC) activated its reserve unit Navy Combat Documentation Detachment 206 (DET 206) to assist in the documentation efforts. Over the next ten months, DET 206 reservists and NHC Historians interviewed hundreds of individuals who were in the Pentagon on the day of the attack or were directly involved in the Navy’s response and the work that followed. In addition to gathering oral histories, the reservists collected historical materials which documented the attack and the aftermath.

The collection finding aid provides more information on the collection, including a complete list of the oral histories and historical materials.

Each oral history in this collection offers a unique perspective on the attack on the Pentagon and the events that followed.

For each oral history listed here, there is a dedicated page that summarizes the oral history and provides more details on the individual(s) and their unique perspective(s). On each of these pages, a complete transcript of the oral history is available for download.

These abstracts and transcripts have been reviewed for FOIA exemptions and redactions have been made where necessary.

These abstracts and transcripts were not proofread or checked against the audio before being made available online. Any typos, misspelled words or proper nouns, or transcription errors were made by the original transcriptionist in the early 2000s.

Please note, given the subject matter addressed by all of these oral histories, most of them have some content that could be considered sensitive, even those that are not labeled with that particular content warning.

An Oral Histories Reference Guide is also available.  The guide has descriptions and definitions for common terms and references; graphics illustrating the layout of the Pentagon and the surrounding area; and lists of the oral histories organized by category.

Offices (including Buildings and Locations)

In order to help readers visualize the spaces in the Pentagon and the surrounding area, graphics from Pentagon 9/11 (Defense Studies Series), the official OSD account of the attack on the Pentagon, have been made available.

Photo Galleries: 9/11 - The Attack on the Pentagon

Materials from Other Navy Archives Collections:

For an overview of all NHHC content related to 9/11 as well as links to other resources, visit the NHHC 9/11 Terrorist Attacks topic page.