“I came out there [with] the sole purpose to help people get away from the danger and my secondary purpose was to document it for historical purposes.”

At the time of the attack, Sgt Paull was serving as the photographer on the staff of the Commandant of the United States Marine Corps.  On the morning of the attack, he was at work at the Pentagon. 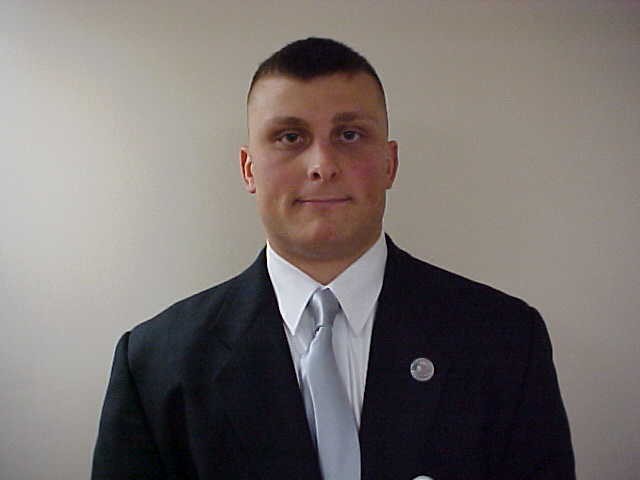 Sgt Paull was in his office on the fourth deck of the C Ring off of Corridor 6 when the plane hit the Pentagon.  As he was evacuating his office, he grabbed his camera.  He ended up in the South Parking Lot and went to the triage area that was being set up there.  At first he helped unload equipment and set up the triage area.  Then as he started guiding people to the triage area, he also started taking pictures.  Not long after, rumor of a second plane started spreading and he evacuated to the highway.

He was still trying to figure out what he could do to help with the medical efforts when an FBI agent asked Sgt Paull if he'd be willing to go up in a National Guard helicopter to take aerial photos.  The helicopter did three passes of the Pentagon while Sgt Paull took the photos.  From that point on, Sgt Paull would work as a photographer for the FBI at the site.  That evening, he was assigned to one of the evidence recovery teams that would begin work the next morning.  For the next few days, he worked to document the remains recovery process.