“If I would have been ten minutes earlier to the Pentagon, I wouldn’t be here either.”

At the time of the attack, IT1 James was serving in the message traffic ops division of the OPNAV Telecommunications Center (TCC).  On the morning of the attack, he was out of the office performing mandatory PT. 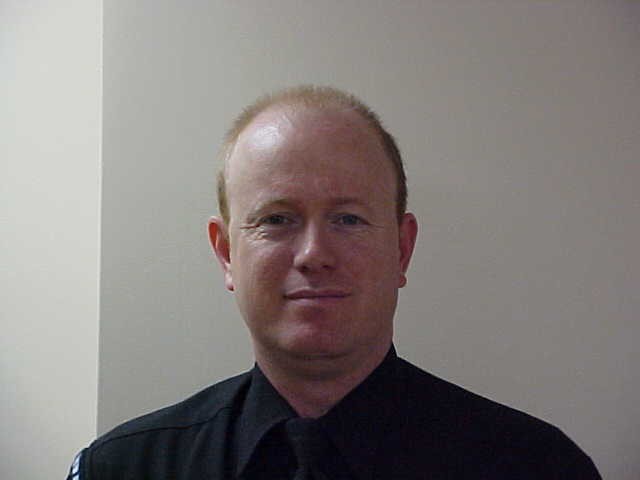 IT1 James worked in the TCC office on the fifth deck of the A Ring off of Corridor 9 in the Pentagon.  The TCC also had a secure office space in the Navy Command Center which was on the opposite side of the building.  Although he didn't stand watch in the Navy Command Center, IT1 James oversaw personnel who worked in the admin offices and operated the phone switchboard located in the command center, and he usually stopped in every morning to check in before heading to his office.

The morning of the attack, IT1 James had mandatory PT at the Naval installation at Anacostia.  After completing his PT, he returned home to get ready for work, which is where he learned of the attacks in New York.  He was heading into the office, sitting in traffic on the road outside of the Pentagon when the plane flew overhead.  It was low enough that the wake blew his SUV off the road.  As soon as he got back on the road, he sped towards the Pentagon.  Once he realized that he wouldn't be able to get into the building, he offered his support to the Defense Protective Services (DPS) officers who had already started blocking the roads.  Since IT1 James also served as a reserve police officer, he was able to provide assistance by blocking one of the roads that accesses the Navy Annex across the highway from the Pentagon.  For the next twelve hours, he held his position at the intersection.

When he was relieved from his position, he originally intended to go home and get some rest, so he could serve again the next day.  However, when he arrived home, he discovered he was needed at this office at the Pentagon.  The Navy's message traffic had a backlog of over 2500 messages.  He was at the office from 10:00pm that evening until around 3:00am the following morning.

Beyond detailing his experiences on the day of the attack, IT1 James also talked about losing one of his personnel in the attack.  He also discussed some of the impacts the attack had on him personally, emotionally, and mentally.