“The Navy did a horrible job of getting families information. As a matter of fact, the script I read the first day said...the last line was, 'One of our highest priorities is getting you high quality information as soon as we know it…'."

At the time of the attack, LCDR Fulkerson was serving on reserve duty at Navy Reserve Readiness Command Mid-Atlantic. On the morning of the attack, he was at work at the Washington Navy Yard. 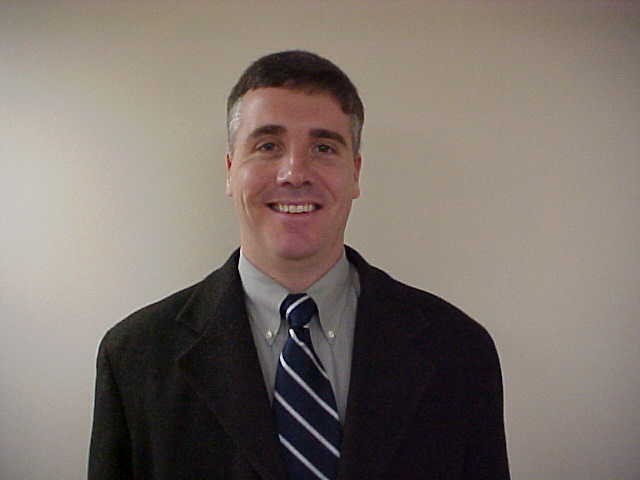 LCDR Fulkerson served as the Casualty Assistance Calls Officer (CACO) for the family of LCDR Robert Elseth.  LCDR Elseth was one the reservists who died in the Navy Command Center.  LCDR Fulkerson went above and beyond the call of duty in the days and weeks following the attack to support the Elseth family and ensure all of their needs were taking care of.  He worked closely with Navy chaplain CAPT Bruce Kahn and the liaison from LCDR Elseth's reserve unit, CAPT Eileen Roemer.

There's a long list of things LCDR Fulkerson did to support the Elseth family.  Here are a couple of examples.

At the time of the attack, LCDR Elseth's mother was in Germany.  Since air travel was completely shut down in the aftermath of the attack, no one was sure how she was going to get home.  LCDR Fulkerson stepped in and through sheer force of will and with the help of network of active duty and reserve Navy and Air Force personnel, he was able to get LCDR Elseth's mother home on C-130 transport.

After the attack, LCDR Elseth's family wanted to hear from someone that had survived in the Navy Command Center.  LCDR Fulkerson worked with a reservist from LCDR Elseth's unit, CAPT Eileen Roemer, to set up a meeting with one of the survivors.  The Elseth family was able to hear about LCDR Elseth's last few minutes alive from someone who had been with him.

In his oral history, LCDR Fulkerson discussed these experiences and many others, while expressing great frustration with the CACO offices and the Navy generally.  He detailed the disconnects in communication and information sharing that often left him and the Elseth family in the dark.