“Then he called my name and I turned to where his voice was coming from. He was right in front of me and he was curled up in the debris, right in front of my feet. I didn’t see him at first because he was just dusty, just like everything else that had fallen. Then he grabbed me and put his arm around me and he told me to stay down…”

At the time of the attack, SN Cole was serving in the CNO IP Graphics Shop, where she helped prepare daily intelligence briefings for Navy leadership.  On the morning of the attack, she was at work in the Navy Command Center at the Pentagon.

SN Cole was awarded the Navy and Marine Corps Commendation Medal for her actions on the day of the attack.  This medal is awarded to service members who, while serving in any capacity with the Navy or the Marine Corps, distinguish themselves by heroism, meritorious achievement, or meritorious service above that normally expected and sufficient to distinguish the individual above those performing similar services but not of sufficient nature to warrant a higher decoration.

SN Cole also received a Purple Heart for injuries sustained during the attack.  This medal is awarded in the name of the President to any member of the United States Armed Forces killed or wounded while serving.  SN Cole was eligible since her injuries were a direct result of an international terrorist attack against the United States. At the time of the attack, the Navy did not award Purple Hearts to individuals who were injured rescuing people or who suffered from smoke inhalation. 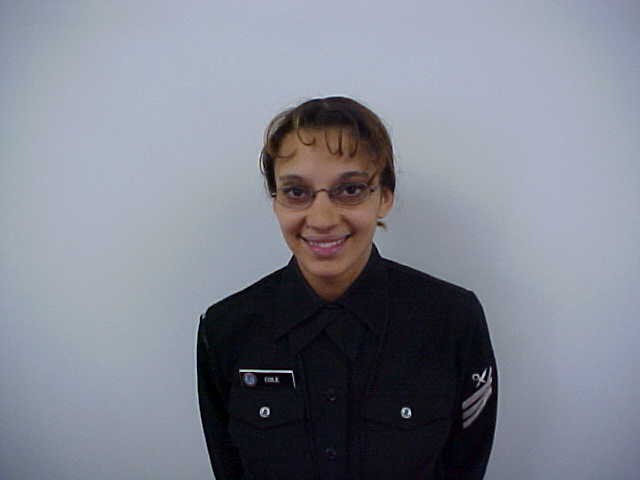 SN Cole served in the CNO Intelligence Plot (CNO IP) in the Navy Command Center.  The CNO IP team, along with everyone else who worked in the Navy Command Center, had just moved into their new space a few weeks prior.  The morning of the attack, she was catching up on some projects following a week of leave. Sometime after the first plane hit the World Trade Center, the CNO IP Assistant Officer in Charge asked her to run some briefing materials up to the office of the VCNO, so she did not go to the morning intelligence briefing or the post-briefing hotwash. When the plane hit the Pentagon, all of the people attending the hotwash in an office around the corner from her desk were killed.

SN Cole was blown out of the space through a garage-door-sized hole and went into shock. Even in shock, she attempted to help others make it out of the Command Center.  She also stayed in the alley between B and C Ring to assist injured personnel once they'd made it out of the building. Eventually though, RADM Balisle asked Chief Petty Officer Krauss to walk with her to the grounds outside of the Pentagon.  Outside, she rendezvoused with others who had gotten out of her office. They went around the exterior of the building to the crash site to assist however they could—putting up tents and handing out food. They then debriefed their leadership in the Navy Annex before going home.  All of her personal belongings were still in the destroyed Navy Command Center, which made it difficult for her to get home, but eventually she made it home to her infant daughter.

In addition to detailing her experiences on the day of the attack in her oral history, SN Cole also shared stories about working with some of the individuals who she served under in the CNO IP. In particular, she spoke warmly of the Assistant Officer in Charge, LCDR Vince Tolbert.  She also discussed telling her family what happened, her medical experiences following the attack, the funeral services, and the impact the attack has had on her since. 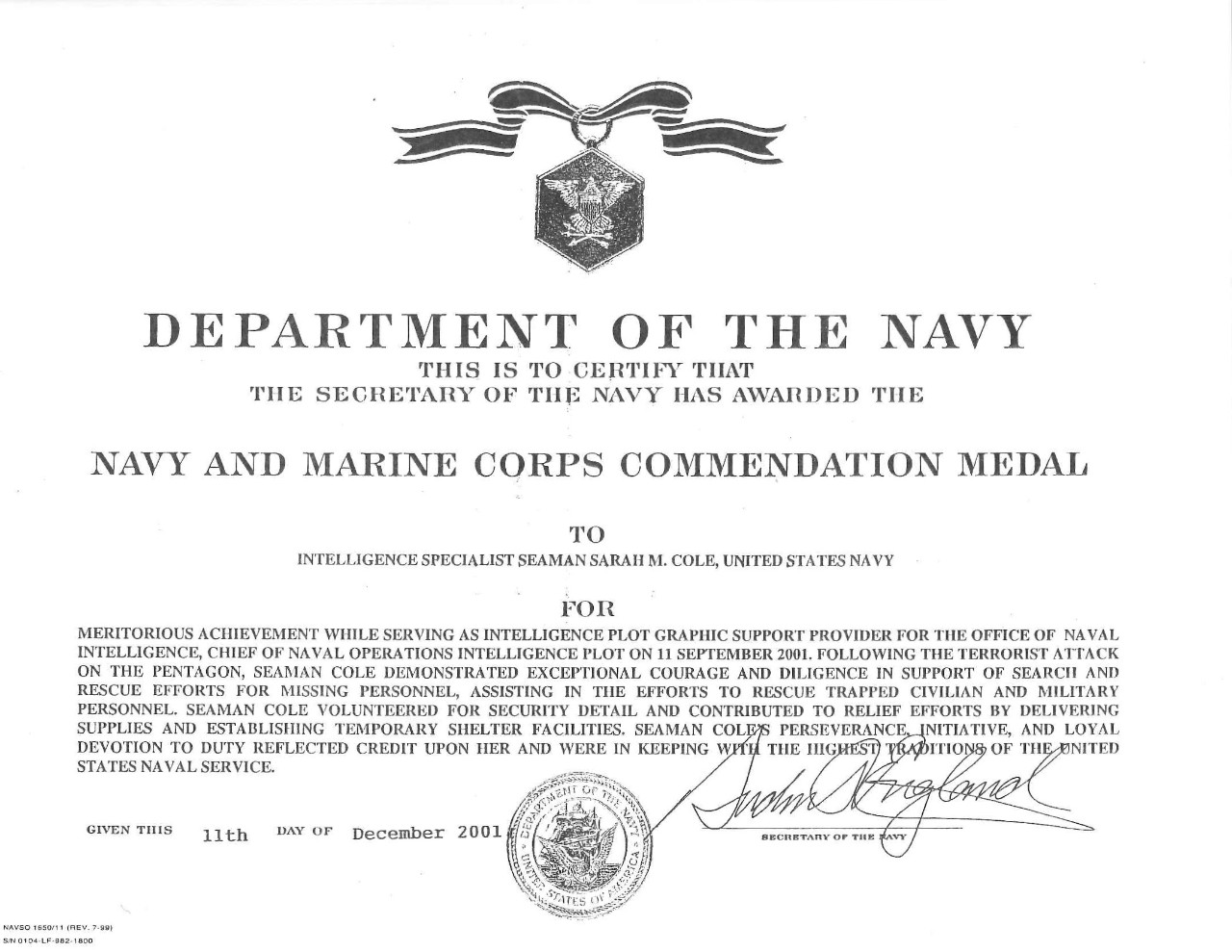