“I think everybody was aware of the sense of urgency we had here, where they probably felt their place would be in this situation and just wanting to standby for help.”

CDR Sawyer received a Special Letter of Commendation for his actions on the day of the attack.  Letters of Commendation recognize exceptional professional ability, initiative, and dedication to duty. 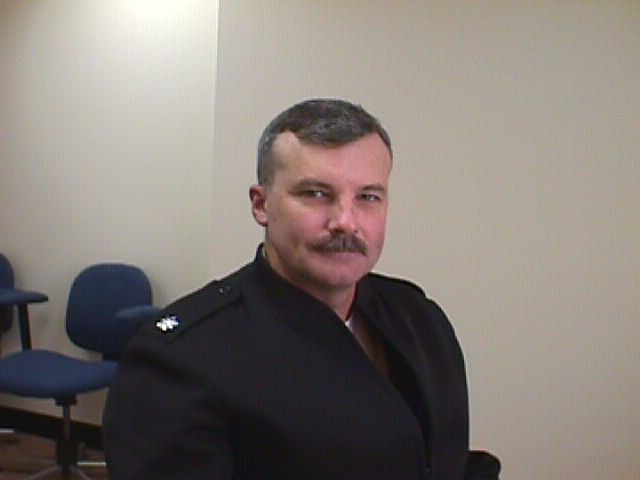 CDR Sawyer, like many others, volunteered to enter the Pentagon and rescue injured personnel, provide triage care, carry stretchers, and generally be of use however he could. But like all those others, he was never called upon to perform any of those duties because the level of devastation caused by the impact of the plane meant there was very little to be done.

In his oral history, he talked about his attempts to help and how they were ultimately in vain. He talked about how well everyone, civilian and the military, worked together in a situation when no one person was officially in charge. He briefly discussed the work his office did to support the Navy personnel that had been hospitalized due to the injuries they sustained in the attack. He also talked about the impact the USS COLE attack had had on the level of preparedness in his office for mass casualty events. He also provided some lessons learned from the Pentagon attack and other experiences he has had in his career, including the importance of training and the importance of providing safe, reliable access to psychiatric help and counseling options. He praised the Navy’s SPRINT teams and talked about how it important it is that Navy leadership at every level promote the use of mental health services.