“We set up a rotation. We made sure they were okay…You had to give people jobs, you know just to settle them down.”

At the time of the attack, CAPT Sweeney was serving as the Executive Assistant to Director of Navy Staff VADM Patricia Tracey. On the morning of the attack, they were both at work at the Pentagon. 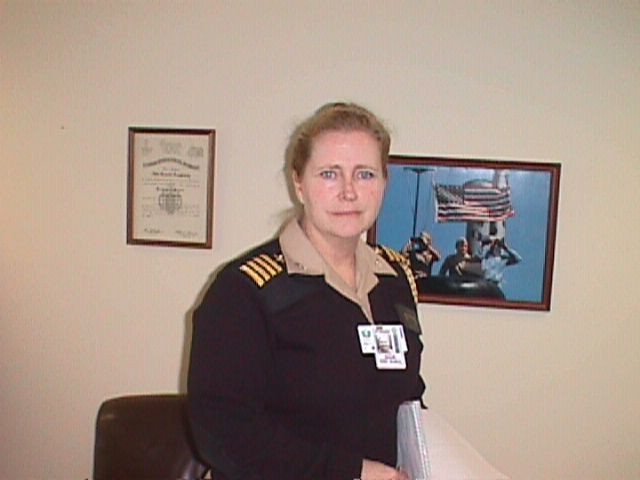 At the moment of the attack, CAPT Sweeney was in the DNS offices, which were on the fourth deck of the E Ring on the north side of the Pentagon. After evacuating to the north parking lot, she initially tried to take muster of the DNS and OPNAV staffs. However, due to a push by law enforcement to clear the area, she was unable to stay in the position where she had stationed herself to take muster. She began walking to find a working phone, so she could locate VADM Tracey and the OPNAV leadership. She tried to access Arlington National Cemetery and Fort Myer, but both were on complete lockdown by that point. She continued on foot to the Rosslyn area of Arlington, where she finally found a working phone at a hotel. She was able to locate her chain of command, which had found working space at the Navy Annex. After making her way to the Navy Annex, she immediately got back to work.

Over the next week, CAPT Sweeney handled reconstituting the OPNAV staff, including the DNS staff and most of the N Codes. She was in charge of establishing the new staff rotations, setting up the work spaces, making sure the staff had the means to communicate and work, and creating a central place in the new office space where all different kinds of information could be shared. As she put it, “we worked all those issues having to do with continuity of the staff and support to the staff.”

In addition to overseeing that work, CAPT Sweeney immediately began the work of overseeing the OPNAV Awards Board. The board went through the awards process first for those that died in the attack. They then handled the process for those that had performed heroic acts.

In addition to discussing all that went into the reconstitution and the awards processes, CAPT Sweeney discussed the CACO process and the SPRINT teams.