"You have to track everybody in those situations...you have three categories that you're working with...the seriously ill and injured...the ones that went into the hospital just for general treatment to be released, and then of course you're dealing with all the deaths."

At the time of the attack, Ms. MacDonald was serving as the Casualty Assistance Coordinator for Naval District Washington.  On the morning of the attack, she was at work at the Washington Navy Yard. 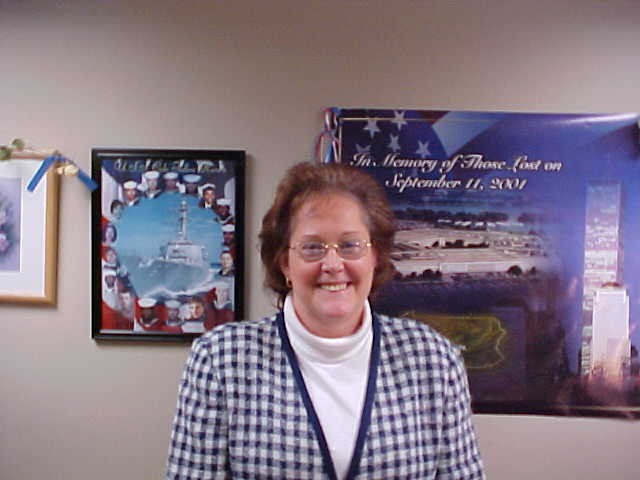 The casualty assistance coordinator and the casualty assistance office works on any casualty case regarding a Navy personnel, whether it's a death or an injury, a single person or a mass casualty event.  They track the handling of the case and manage the CACO assigned.  In her oral history, Ms. MacDonald described all of the work that was required after the Pentagon was hit.  She described the efforts of her office, the other offices they worked with, and the work of the CACOs.  She also provided several lessons learned.