"...I was so impressed with all the different people that just took charge...Everybody just did what they were supposed to do."

At the time of the attack, CAPT Joyce was serving in OPNAV N780 as the Deputy for Aviation Plans and Requirements.  On the morning of the attack, he was at work at the Pentagon. 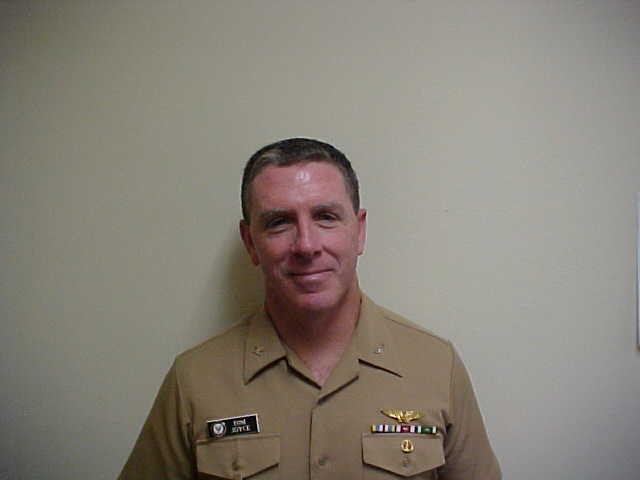 CAPT Joyce was in his office on the fifth deck of the D Ring off of Corridor 4 when the plane hit the Pentagon directly under him.  He was knocked to the ground.  While he was on the ground, he witnessed a fireball outside his window and thought certainly it was going to come through.  It didn't though, and he started working to evacuate everyone out of his office spaces.  He also went with others to try to help people who had been in the E Ring, because it was very apparent that that was the first point of impact.  He was concerned about a group of individuals he'd seen through his windows that had been in a conference room in the E Ring.  Once they realized there was no way to make it to the E Ring because of the amount of smoke, they checked on the N76 offices in the B Ring.  After ensuring that everyone was clear, he headed out of the building.

Even though he wanted to help any way he could, law enforcement and emergency rescue teams forced them away from the building, so CAPT Joyce joined a huge mass of people walking on I-395 away from the building.  He came across a very disoriented man suffering from several injuries.  He flagged down a passing vehicle and asked them to take the man to the hospital.  Eventually, CAPT Joyce got a ride to the Metro station and he headed home.

Beyond detailing everything he experienced on the day of the attack in his oral history, CAPT Joyce also talked in great detail about his family life and his spiritual life.  He also talked about the evolution he sees soon happening in this country because of the attacks.