At the time of the attack, Mr. Hoerst was working as an action officer in the Force Air Defense Branch of OPNAV N76 Surface Warfare.  On the morning of the attack, he was at work at the Pentagon. 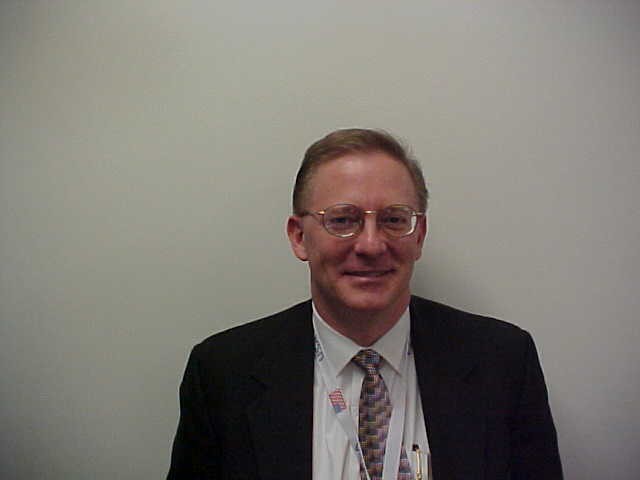 Mr. Hoerst's office was on the fifth deck of the B Ring between Corridors 4 and 5.  Because the plane did not travel past the C Ring, its impact did not immediately affect the office where Mr. Hoerst was working.  He was able to evacuate to the inner courtyard.  Along the way, he helped several individuals make out of the building and helped them get help from the medical personnel that had started to assemble in the inner courtyard.  Then he went back in.

Mr. Hoerst made his way to the alley between C and B Rings, where a large group of people had gathered to try to rescue individuals from the burning office on the first deck of C Ring.  He like many of the others was frustrated by the lack of sufficient firefighting equipment, but he gathered all of the extinguishers he could find.  The group that was assembled used them to try to inch their way into the burning building.  While doing that, he met an older gentleman who was having heart problems.  Mr. Hoerst found a cart and drove him to one of the triage areas set up in the parking lots on the exterior of the building.  He then went back in to try to help gather and distribute supplies.  After a time, he decided there was nothing more he could do, so he started heading home.

Beyond discussing the experiences he had the day of the attack in his oral history, Mr. Hoerst also discussed some of the lessons learned and how his office was working to ensure they had the supplies they would need to survive an event like that in the future.