“I started looking up on the internet ‘eulogy’…I did that for about four minutes and I said, ‘I’m not doing any of this. I’m just going to talk about Vince Tolbert and what I know about him.'"

At the time of the attack, CDR Ross was serving in the Requirements and Assessment Branch of the OPNAV N20 Intel Plans, Programs, and Policies office. On the morning of the attack, he was at work at the Pentagon. 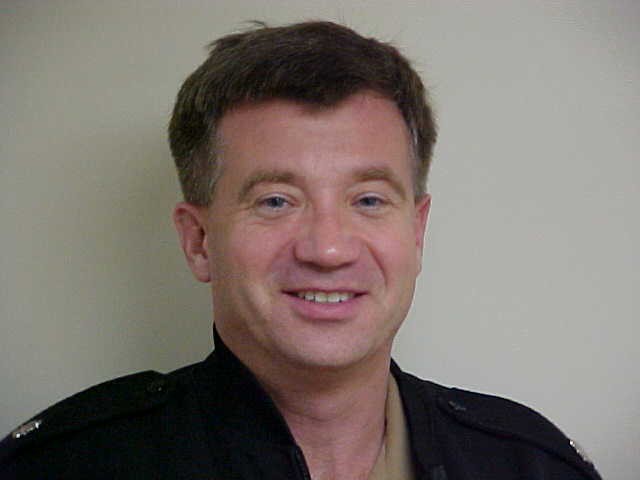 CDR Ross worked on the fifth deck of the D Ring between Corridors 6 and 7, on the north side of the Pentagon. After the plane hit, he and the others in his office quickly got out of the building. After making their way around to the south side of the building, security prevented them from getting any closer to the site of impact, so they walked to Old Town Alexandria, about five miles away, to find working phones. That afternoon, after CDR Ross was able to make it home, he checked his email and learned that the plane had taken out the CNO Intelligence Plot (CNO IP or Intel Plot).

CDR Ross was close friends with a Naval Officer who worked in CNO IP, LCDR Vince (Otis) Tolbert. He called LCDR Tolbert’s wife around 4pm and asked if she’d heard from him. She hadn’t, so CDR Ross began calling around looking for information. Later that evening, he got a call from his boss, Director of Naval Intelligence VADM Porterfield. A Casualty Assistance Calls Officer (CACO) was going to deliver the news to LCDR Tolbert's wife that her husband was missing and VADM Porterfield wanted CDR Ross to be there as the command representative. For the next few weeks, that was CDR Ross’s only duty.

As the command representative, CDR Ross worked closely with the CACO. He was, most importantly, a friendly and recognizable face, because the CACO and the assigned chaplain were both strangers to the Tolbert family. At the funeral for LCDR Tolbert at Arlington in late September, CDR Ross gave the eulogy. At the memorial service on the one month anniversary in October, Secretary of Defense Rumsfeld chose the story of the Tolbert family to illustrate the tragedy of the Pentagon and quoted from the eulogy CDR Ross had given. A few weeks later, CDR Ross gave the eulogy at the memorial service in Lemoore, California, LCDR Tolbert’s hometown.

In his oral history, CDR Ross detailed the support he provided to LCDR Tolbert’s family after he died. He detailed the process of preparing both eulogies and why he said what he said. He also discussed the Family Assistance Center at Crystal City and the work that was done at Dover. CDR Ross praised the efforts by the Navy to support the families of the victims in the aftermath of the attack. He also provided some lessons learned from the perspective of LCDR Tolbert’s wife, Shari.

Eulogies Given by CDR Ross at LCDR Tolbert's Funeral at Arlington and Memorial Service at Lemoore: PDF, 476kb

The story of LCDR Tolbert and his family was featured in many media stories in the days and weeks following the attack. LCDR Tolbert came from a naval family and played college football at Fresno State University. His father served as a naval aviator in Vietnam with Senator John McCain. LCDR Tolbert and his wife had two daughters and a son. Their middle daughter suffered from Cerebral Palsy and needed 24/7 care.

In 2011, for the tenth anniversary of the attack, LCDR Tolbert's wife and children were featured in another story in the Washington Post: