“To the extent that anyone was rescued, they were rescued by people who were on the scene when the impact occurred – not by professional rescuers.” 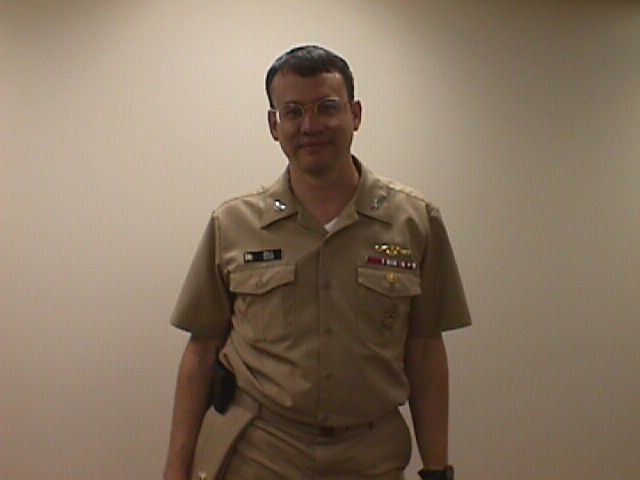 When the plane hit the Pentagon, CAPT Toti’s first instinct was to run towards the point of impact. He knew as soon as he saw the first plane hit the World Trade Center that the Pentagon would be likely target. So, when he felt and heard the explosion caused by the impact, he knew what had happened. With some EMT training, he felt he may be of some help. Within a minute of the impact, he and a few others had gotten as far as they could in the E Ring. However, he and the others quickly deduced that there was nothing they could do and ran back towards their offices. He evacuated to the north parking lot with others from the OPNAV staff, then headed towards the point of impact along the outside of the building.

CAPT Toti helped carry a few individuals from the burning building. One of those individuals was Antionette 'Toni' Sherman. After he laid her down near an ambulance, he left to help another victim. When he came back, he noticed Antionette was struggling to breath. She’d been burned severely and needed oxygen. While he administered oxygen and they waited for a helicopter to airlift her to the hospital, she looked to CAPT Toti for comfort. Although she was the first to be airlifted from the scene, she passed away a few days later. When CAPT Toti found out about her passing, ten days or so after the attack, he lost his composure for the first time since the attack.

Beyond helping triage the few wounded individuals that escaped on that side of the Pentagon, CAPT Toti also took charge of setting up the makeshift morgue that was never used. After being at the scene well into the evening, he had to have his wife come pick up him up. But, since Interstate 395 was shut down, he asked her to drive north and he would walk south and eventually they would find each other. When he was spotted walking south by law enforcement, they followed him down the median for his safety until his family met him.

After that day, in his position working for VCNO, CAPT Toti took charge of all the Navy’s recovery efforts. He also worked on the Pentagon restoration crew.

In his oral history, CAPT Toti details everything he experienced and saw that day. Because he was positioned from the first moments at or near the point of impact, the things he witnessed and the details he provided are incredibly significant. He also provided several observations and lessons learned based on everything he went through that day and the days and weeks after.

Source: The National 9/11 Pentagon Memorial: Remembering Those We Lost