“We were a CACO team that was put together with Divine intervention, because if there were three people who would just work perfectly smoothly together and all be on the same page, same attitudes and ideas and sensitivity and sensibilities and all that, it was the three of us.”

At the time of the attack, CAPT Kahn was serving as a reservist in the Navy Chaplain Corps.  On the morning of the attack, he was at home doing work related to his civilian as a rabbi. 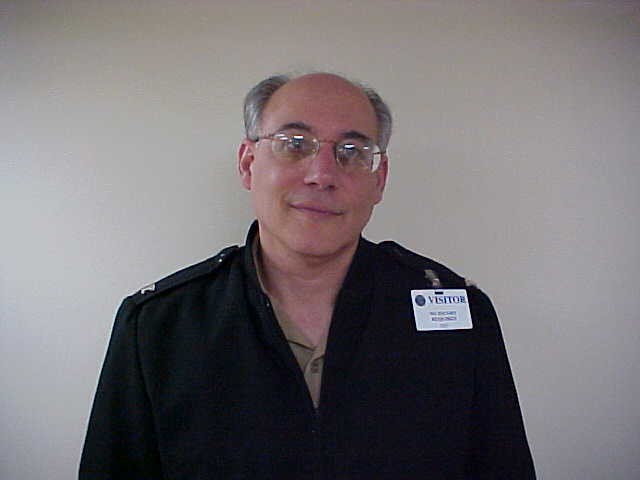 CAPT Kahn served as part of the CACO (Casualty Assistance Calls Officer) team for the family of LCDR Bob Elseth.  He also served to support the family LT Darin Pontell.  Beyond supporting those two families, he also served at the Joint Family Assistance Center and ministered to members of the Naval Computer and Telecommunications Station (NCTS) Washington, a command which lost several people who had been stationed in the Navy Command Center.

CAPT Kahn had just retired from his civilian job leading a Jewish congregation in Maryland when the attacks occurred. The day of the attack, a congregant called him and asked him if he was watching what was happening. He was not and immediately turned on the TV. Even though he was not on reserve orders at the time, he assumed his role as a reserve chaplain and headed to Bethesda Naval Hospital to minister to the wounded and families. Unfortunately, they never came. He was then directed to report to the Chief of Chaplains Office at the Navy Annex. He was put on two week orders and assigned to a CACO Team as the chaplain.

His CACO team was tasked with supporting the family of LCDR Robert Elseth. Even though the family was Christian, they had no issues with CAPT Kahn's Jewish faith.  Because of his Jewish faith, he was also asked to support the family of LT Darin Pontell, who was Jewish. For the next several months CAPT Kahn was assigned to CACO duty, ministering to members of Naval Computer and Telecommunications Station, Washington, and serving as the chaplain at the one of the Marine Corps installations in North Carolina.

Beyond discussing his experiences serving as a chaplain in his oral history, CAPT Kahn also provided some lessons learned based on the experiences.