“All of the external stimuli that we have indicate that we are proceeding further into the destruction, not out of it. But we also know that there’s no escape route behind us.”

CAPT Kern was awarded the Navy and Marine Corps Commendation Medal for his actions on the day of the attack.  This medal is awarded to service members who, while serving in any capacity with the Navy or the Marine Corps, distinguish themselves by heroism, meritorious achievement, or meritorious service above that normally expected and sufficient to distinguish the individual above those performing similar services but not of sufficient nature to warrant a higher decoration. 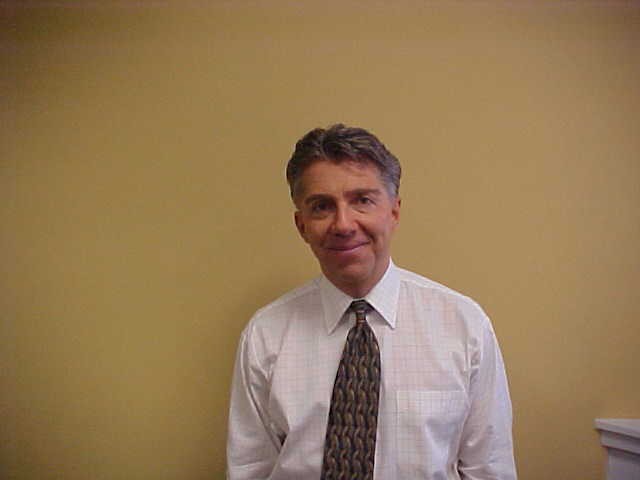 In the minutes before the plane hit the Pentagon, CAPT Kern was with USECNAV Livingstone in a conference room on the fifth deck of the E Ring between Corridors 4 and 5.  USECNAV Livingstone was giving a presentation to a group of thirty individuals from Naval Surface Warfare Center Crane Division (the Crane Group).  She had just wrapped up her presentation and was finishing up a brief question and answer session when the plane hit the building beneath their feet.  As ceiling tiles fell around them and the room began filling with smoke, CAPT Kern's first responsibility was getting the Under Secretary to safety.  But neither of them were going to leave the Crane Group behind.

The group, led by CAPT Kern and Under Secretary Livingstone, made their way out into the E Ring hallway and towards Corridor 4. The hallway in that direction was full of thick, black smoke that made it nearly impossible to see, but that was their only way out.  Heading towards Corridor 5 was not an option because of a temporary construction wall blocking the hallway in that direction.  All of the stairwells they tried to use had been taken out by the plane.  As they made their way down the E Ring hallway, they were joined by people coming out into the hallway from other offices.  CAPT Kern was at the front of the pack.  He was able to lead them to safety despite the blackness, because a voice kept calling out, signaling to them and others that there was a way out if they just kept pushing forward.  Before they got completely out of Corridor 4, a fire suppression screen started to close.  Had it shut, it would have cut them all off from safety.  CAPT Kern threw his body into the screen and shoved it back into the wall.  From there, the path to safety was clear. 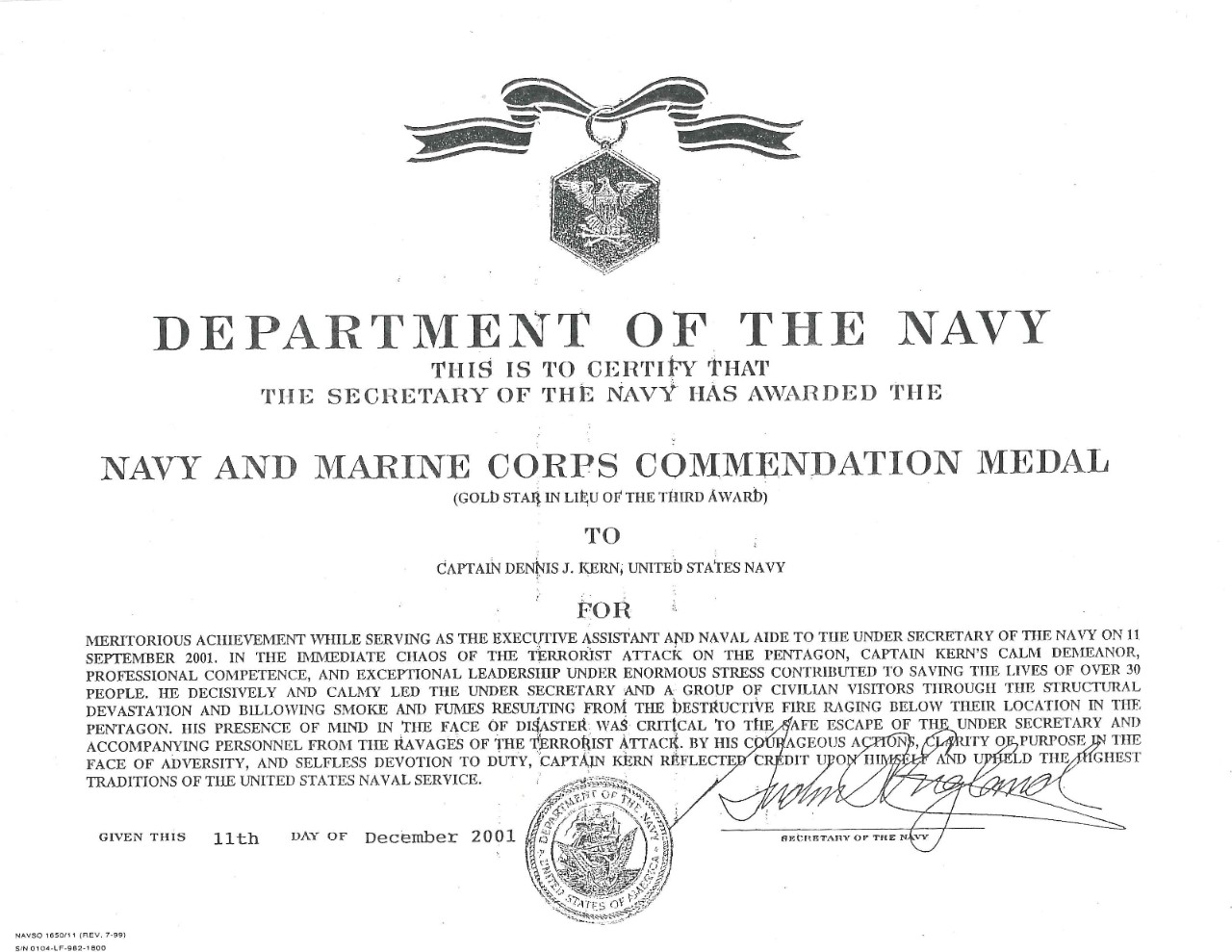