"It's like trying to put out a forest fire with a garden hose."

At the time of the attack, CDR Perez was serving as the head of the Future Ships Section in OPNAV N76 Surface Warfare.  On the morning of the attack, he was at work at the Pentagon.

CDR Perez was awarded the Navy and Marine Corps Medal for his actions on the day of the attack.  This medal is awarded to service members who, while serving in any capacity with the Navy or Marine Corps, distinguish themselves by heroism not involving actual conflict with the enemy. For acts of life-saving or attempted life-saving, it is required that the action involve the risk of one’s own life. It is the highest non-combat decoration for heroism awarded by the Department of the Navy. 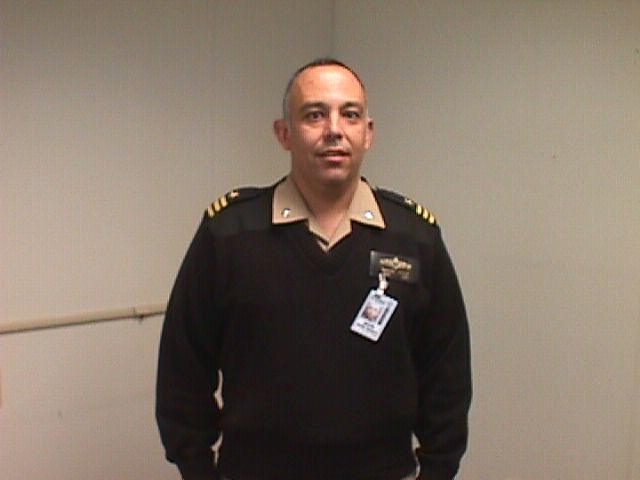 CDR Perez was in his office on the fifth deck of the B ring off of Corridor 4 when the plane hit the Pentagon.  He was one of the last to leave his office because he stopped to save all of his work on the new class of destroyers (DD-21).  Before evacuating out of his office spaces, he did a sweep to ensure that the spaces were clear of personnel.  As he was leaving the space, someone came upstairs and said they needed a first aid kit.  CDR Perez got one, then ended up taking it down himself to the alley between C and B rings.  A few large holes had been blasted in the outer wall of the C ring.

Soon after he got down there, LT Shaeffer stumbled out of one of the holes.  CDR Perez sat him down and assessed his injuries.  CDR Perez determined that Shaeffer needed medical attention, but he was also concerned about other people who may have still been trapped inside, so he asked YNSN Whitmarsh to assist LT Shaeffer.  CDR Perez then noticed a badly injured Army officer and helped walk him to the first aid station he'd set up.

Then CDR Perez and some of the others heard voices crying out for help from behind a door within the Navy Command Center.  They used small fire extinguishers to try to battle their way in and get the door open.  But each time they seemingly made progress, security guards would rush in and tell them they needed to evacuate the area.  This happened three separate times.  After the last time, the smoke and fire had grown out of control.  They couldn't make it in as far as the door anymore.  And they could no longer hear the voices.

After the fire grew out of control, CDR Perez stayed in the alley and the inner courtyard until mid-afternoon.  He hoped to help assist the firefighters rescue individuals and carry their stretchers.  But the fire was too hot.  He then went to the exterior of the building hoping to be of some use there.  Around 5pm, he and most of the others that had stayed were sent home.  It was only after arriving home that he realized he'd been burned while attempting to rescue people.

Beyond describing his experiences on the day of the attack, CDR Perez also talked about his frustrations with the security guards who he felt were hindering their rescue efforts because they didn't understand the damage control and firefighting training all of the Navy personnel had.  He also felt that training was invaluable and this attack proved why. 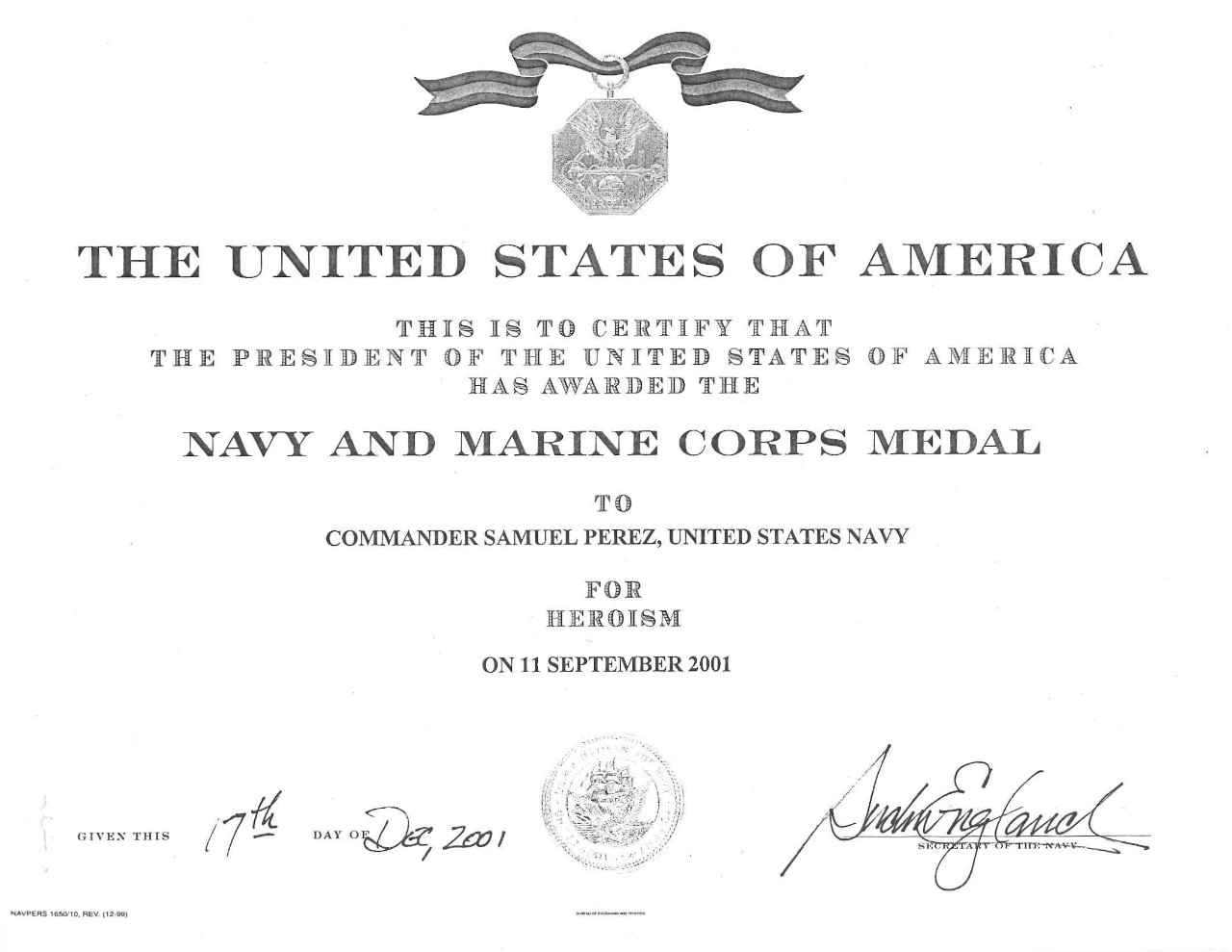 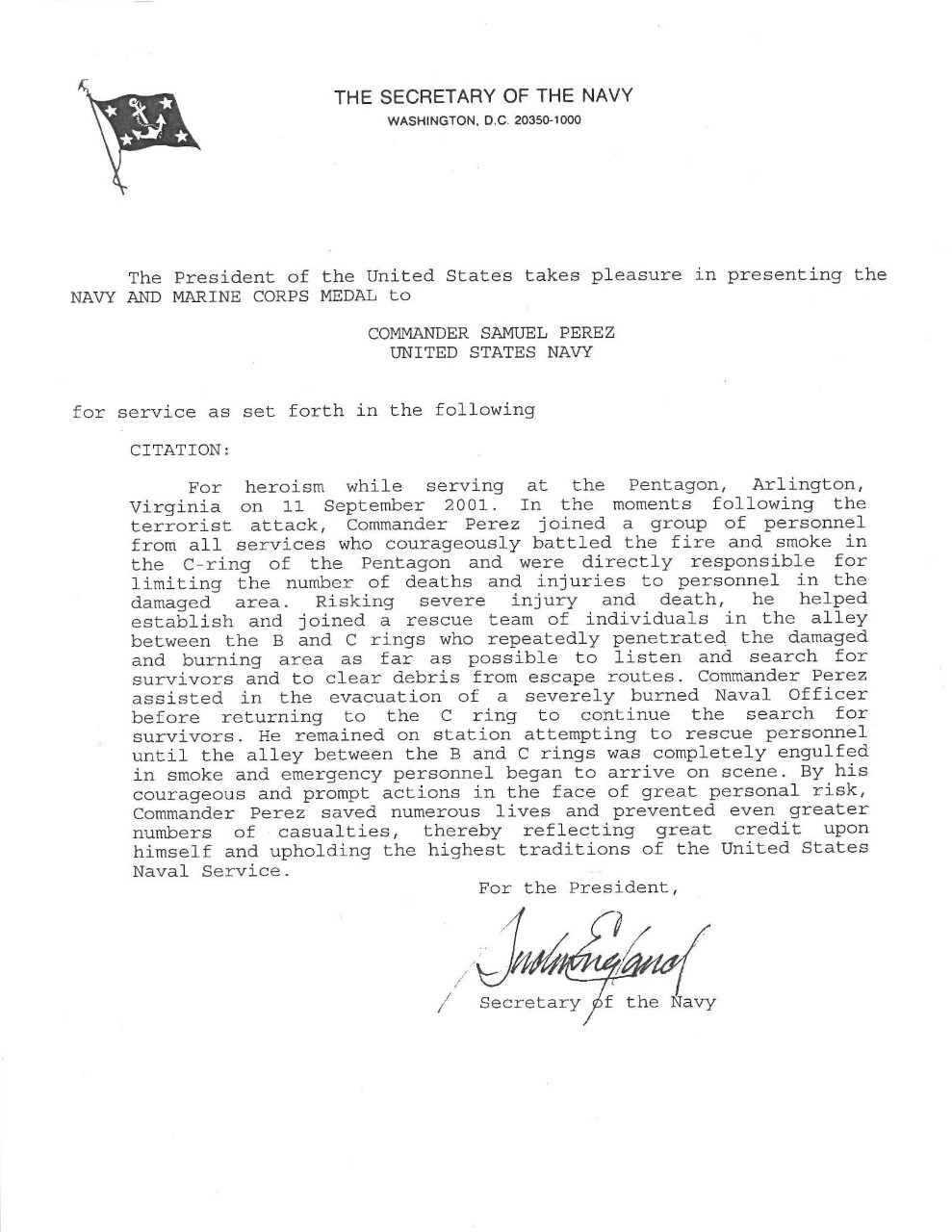