“The people that were actually taking action and getting people moved and to do things were Navy Khaki. I was really, I didn’t think about that ‘til after the fact. Almost everybody I ran into that was doing something, involved some who were in the rescue and all that was Navy Khaki. It’s just, I don’t know why that is.”

At the time of the attack, CDR Navas was serving in the Navy's Quadrennial Defense Review office, a one year assignment.  On the morning of the attack, he was at work at the Pentagon.

CDR Navas was awarded the Meritorious Service Medal for his actions on the day of the attack.  This medal is awarded to any member of the United States Armed Forces who has achieved distinction through outstanding non-combat meritorious achievement or service to the United States. The Bronze Star Medal would be awarded in recognition of comparable combat achievement or service. 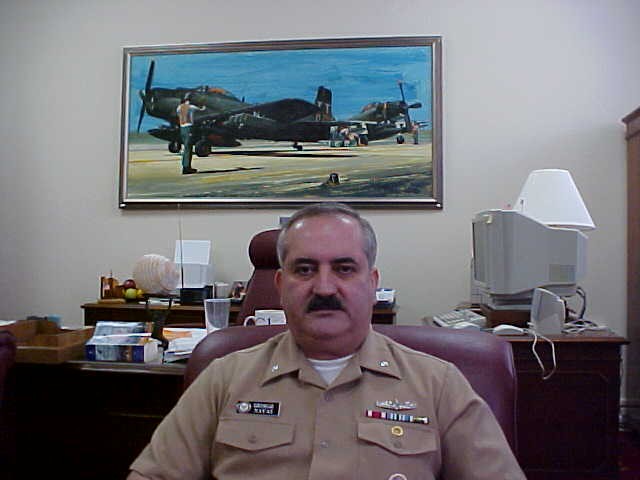 When the plane hit the Pentagon, CDR Navas was in his office on fourth deck of the D Ring off of Corridor 6.  He was able to evacuate with little issue to the North Parking Lot.  There he got involved in helping move the crowds away from the building.  Then someone called out that they were setting up a triage area.  CDR Navas spent the next few hours setting up then treating individuals at the triage area.  After a time though, there was no one left that needed triage.  He felt there was more he could be doing.  With some other Navy officers, CDR Navas found a way past security and back into the building.  He made it to the inner courtyard.

In the inner courtyard, CDR Navas found a firefighter he knew from his community.  The firefighter told CDR Navas that he and the rest of the firefighters were having trouble navigating the maze-like Pentagon.  As CDR Navas said, "the Puzzle Palace truly became a puzzle palace for them."  CDR Navas offered to help them navigate the halls.  At one point, they navigated the destroyed area in and around Corridor 4 and made it all the way out to the outer part of the building, passing underneath the collapsed portion of the building in the process.

Late that evening, CDR Navas reported to Navy leadership, who had established temporary offices in the Navy Annex.  Because he'd witnessed the damage and the state of the Navy Command Center firsthand, he ended up briefing the Vice Chief of Naval Operations (VCNO). 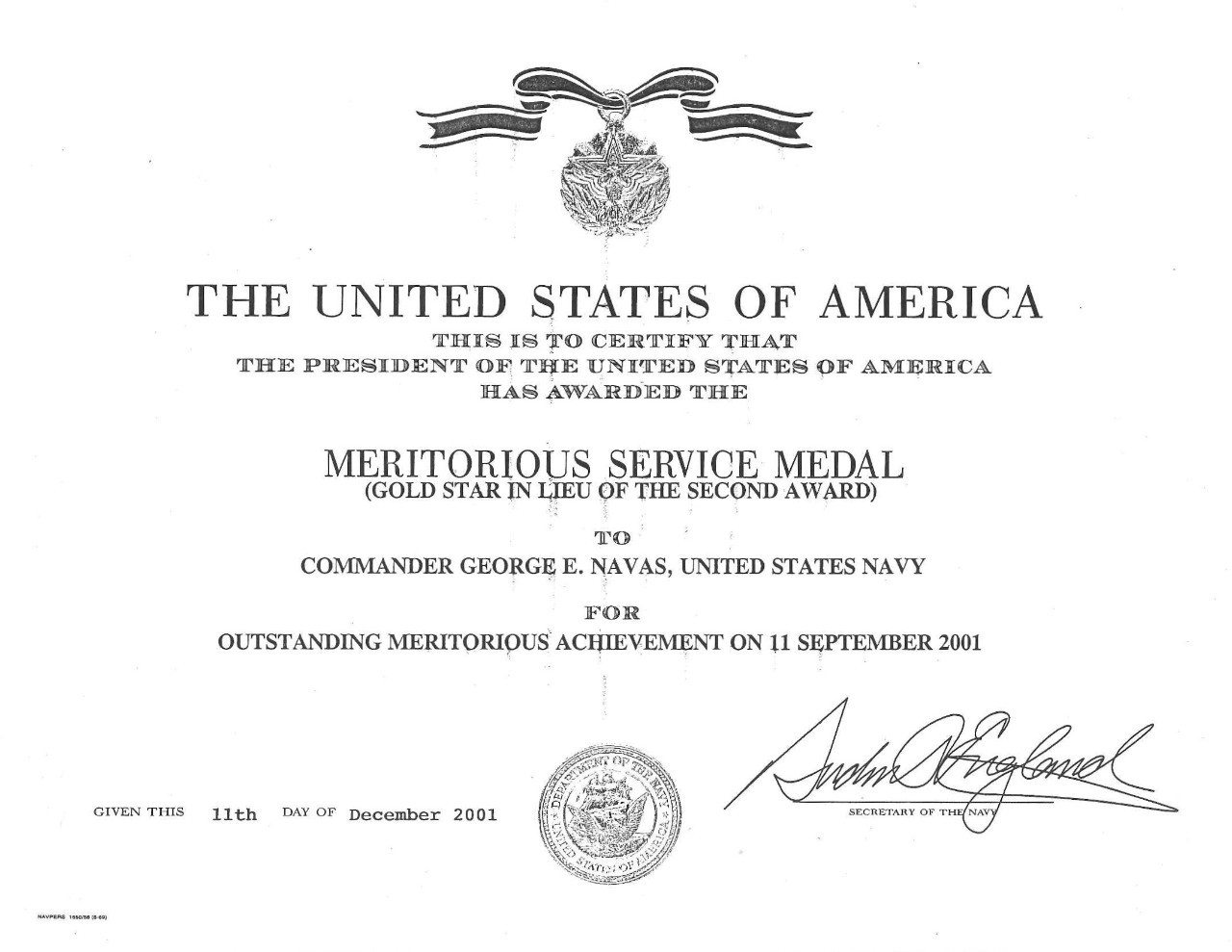 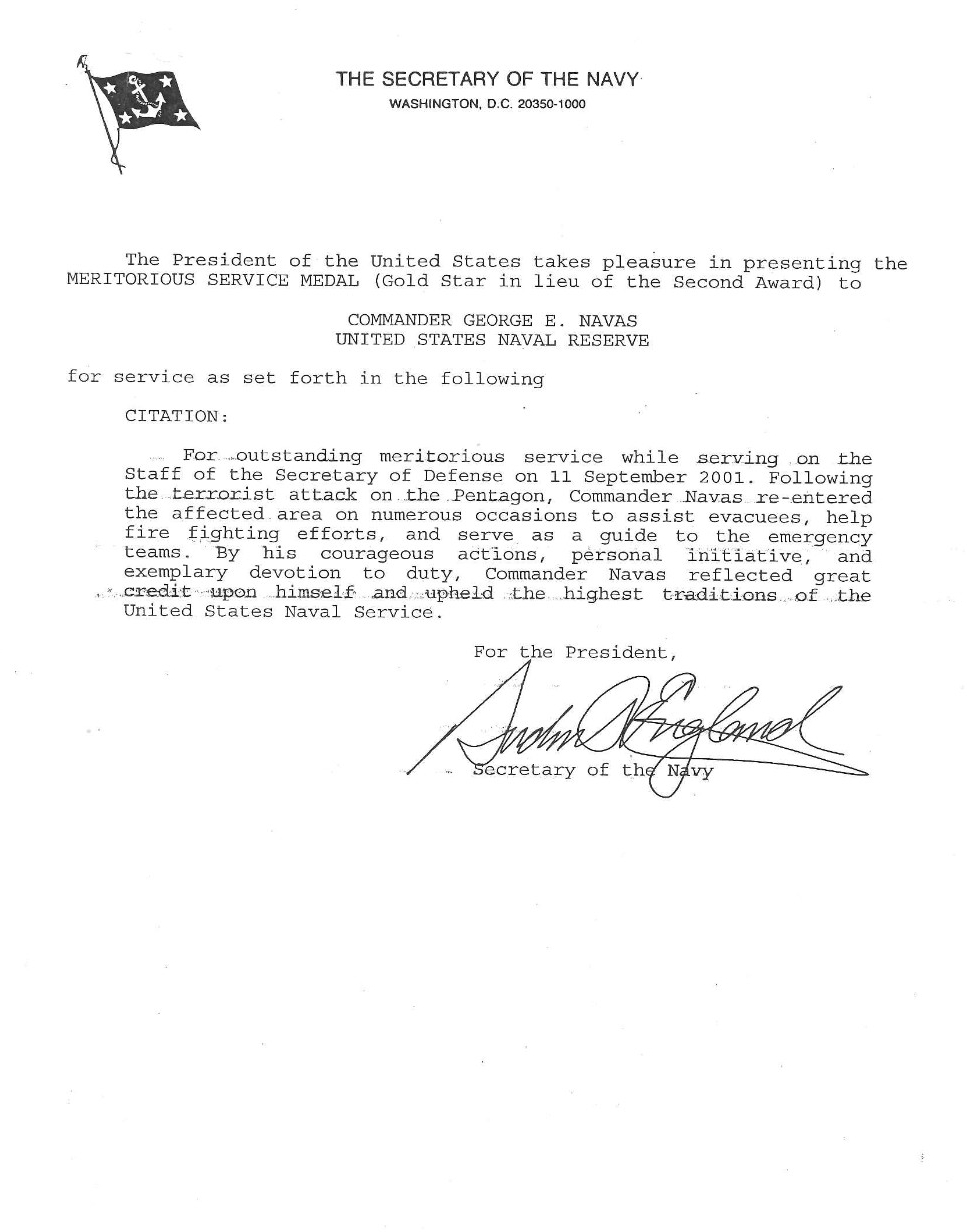