"I'm not a blood and guts guy. I'm the last guy to even go to medical, but something like this here, you really have to do what you have to do."

At the time of the attack, PN1 Brown was serving as the Congressional Liaison in the office of the Assistant Commander for Personal Readiness and Community Support (PERS 6), Navy Personnel Command. On the morning of the attack, he was at his office at the Navy Annex.

PN1 Brown received a Special Letter of Commendation for his actions on the day of the attack.  Letters of Commendation recognize exceptional professional ability, initiative, and dedication to duty. 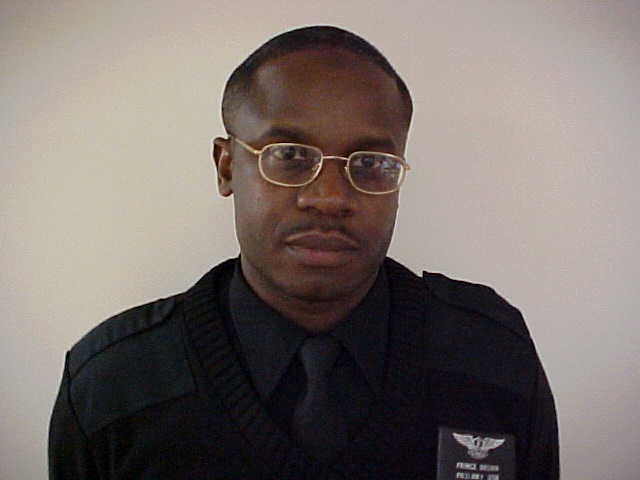 The day of the attack, PN1 Brown was supposed to have a midterm exam in one of his college Economics classes.  That was his biggest worry when he started the day.  And then they received the news about the attack in New York City.  As they watched CNN, they heard the plane fly over the Navy Annex in the moments before it crashed into the Pentagon.  After the attack and the evacuation of the Navy Annex, he made the choice to find some way to be of assistance.  He knew the Marine Corps was setting up a makeshift triage center at nearby Henderson Hall, so he volunteered to assist there.  After spending the day of the attack there, on his drive home, he observed the empty roads and realized that things were never going to be the same.  After reporting to work the next day, his supervisors asked if he wanted to work at the Crystal City Sheraton, providing assistance to families who were looking for loved ones and supervising a hotline.

After working with the family assistance team for a couple of days, he got the assignment to go with CMDCM Bond to set up the Navy office at the Dover Port Mortuary.  PN1 Brown was assigned to provide administrative support.  Although PN1 Brown, CMDCM Bond, and CAPT O’Brien had no experience handling mortuary affairs, they figured out how to get the job done.

In his oral history, PN1 Brown provided detailed descriptions of the environment, interactions, relationships, and processes at Dover, including the work of body preparation and family notification.  He provided a great deal of introspective reflection and insight into his thought processes starting the morning of the attack.  He concluded his oral history with lessons learned and his motivations for continuing the difficult, demanding work at Dover. 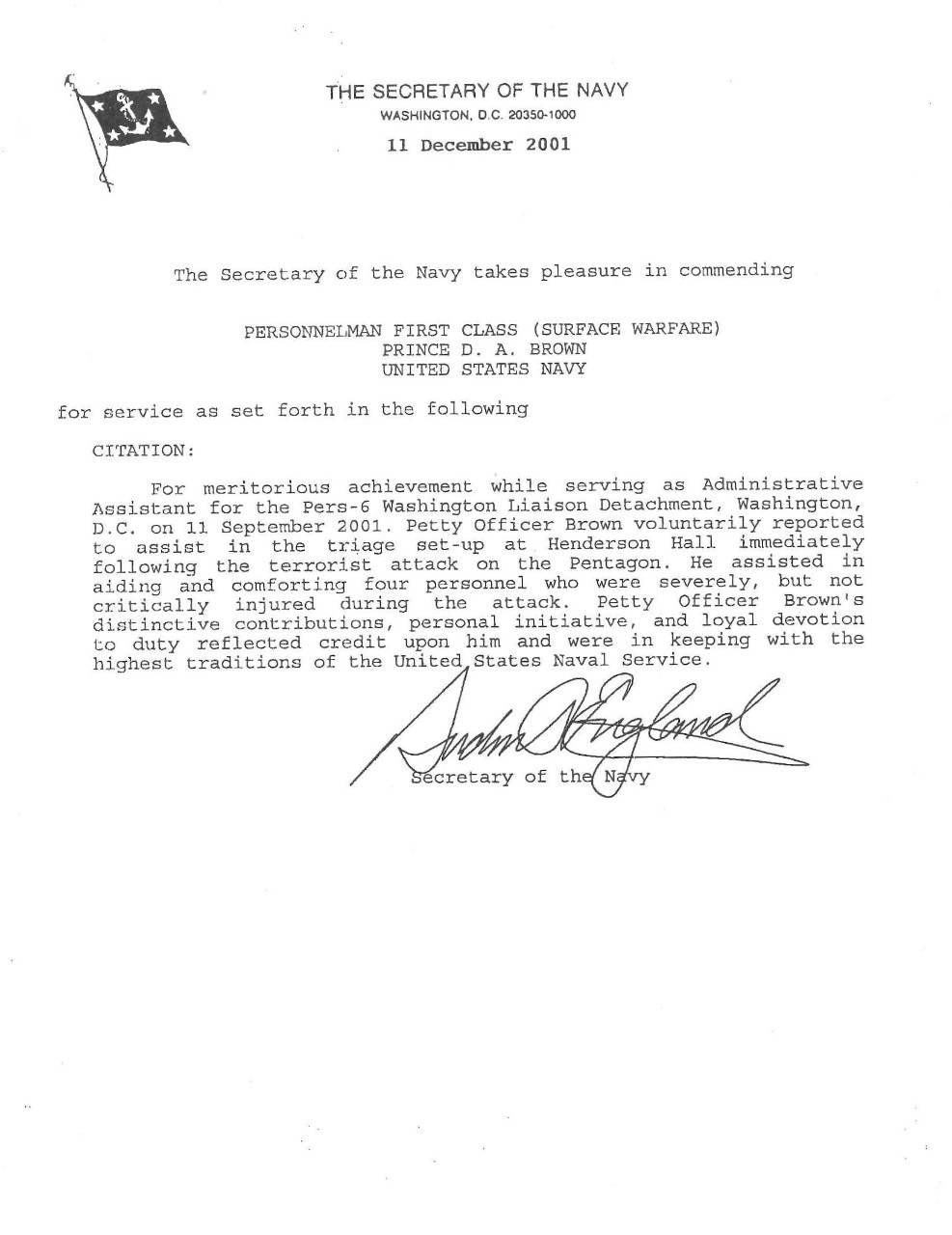