"While other people were running away to get to safety, the Chaplains instinctively were running toward the center...That's just part of who we are and what we're trying to do."

At the time of the attack, RADM Bigger was serving as a reservist as Deputy Chief of Chaplains for Total Force and Director of Religious Programs, for Commander, Navy Reserve Force and Marine Corps Reserve Force.  In his civilian life, he was a college professor in the Pacific Northwest.  On the morning of the attack, he was on reserve duty at the Navy Annex, across the street from the Pentagon. 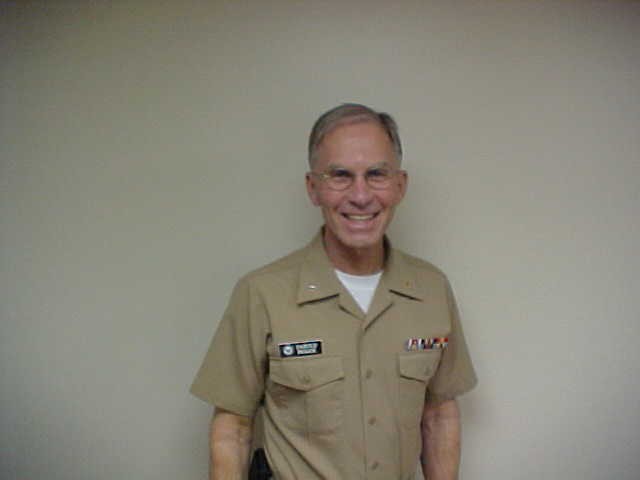 On the morning of the attack, RADM Bigger was on reserve duty, working at the Navy Annex.  The office building was evacuated when the Pentagon was attacked.  At that point, he saw the smoke rising from the point of impact.  RADM Bigger along with dozens of others immediately rushed across the street to assist.  The chaplains began organizing to work alongside emergency medical personnel.  As the most senior officer present, RADM Bigger assumed responsibility for coordinating the efforts of the Chaplains and served as their liaison until the Army took control of the entire scene the next day.  He was on site until the early morning hours of 12 September.  He would continue to oversee mobilization of Reserve Chaplains for months after the attack.

In his oral history, RADM Bigger discussed observations and lessons learned regarding the role of the Chaplain in the modern Navy and changes to the Chaplain Corps operating procedures.  He also discussed the roles of morality and religious tolerance in armed conflict, especially one defined by religious extremism.  He provided his personal philosophy on what it meant to be in uniform at such a moment in history and discussed the immediate and lasting impact of such events on every facet of daily life.  He also provided some insight into the CACO (casualty assistance calls officer) experience, the Navy Family, and how military training affects the ways people behave in a crisis.