“I looked a lot worse than I was physically. So when my daughter saw that, she just broke into tears and I told her that I was fine. Just looked bad, and she gave me a hug, and it made all the difference in the world.”

DM1 Gaston received the Purple Heart for injuries he sustained during the attack.  This medal is awarded in the name of the President to any member of the United States Armed Forces killed or wounded while serving. DM1 Gaston was eligible since his injuries were a direct result of an international terrorist attack against the United States. At the time of the attack, the Navy did not award Purple Hearts to individuals who were injured rescuing people or who suffered from smoke inhalation. 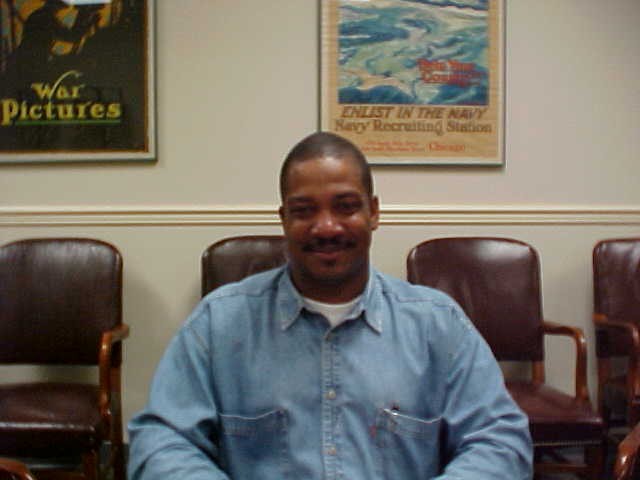 DM1 Gaston was one of the few standing watch in the Navy Command Center who survived the attack.  In his oral history, he discussed the moments leading up to the impact.  He then talked about the moments after the impact, all that he heard and experienced as the plane went through his office space and afterwards.  He then discussed his evacuation to safety and the treatment he received for his minor wounds.  DM1 talked about seeing his wife and daughter when he finally made it home.  He also discussed meeting with the family members of one of the reservists from his unit that died in the attack, LCDR Elseth.  Despite having lived through such a traumatic event, he was committed to serving his country still.