“It was utter confusion. If it had just been a kinetic object that hit the building, collapsed part of it, that would have been one thing; but with the fires going and mass confusion, alarms going off, and sprinkler systems being cut, inability to fight the fire, it was – people were running around like chickens with their heads cut off.”

LCDR Listopad was awarded the Navy and Marine Corps Achievement Medal for his actions on the day of attack.  This medal is awarded to service members at the O-4 paygrade or below for meritorious service or achievement in combat or non-combat based on sustained performance or a specific achievement of a superlative nature but which does not warrant a Commendation Medal or Higher. The Achievement Medal cannot be awarded in recognition of any act of valor or non-combat heroism. 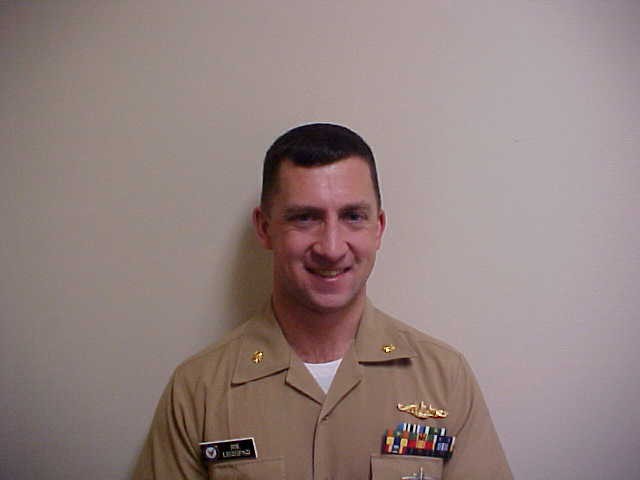 LCDR Listopad was in the N80 office space on the fourth deck of the D Ring just off Corridor 4 when the plane hit the Pentagon.  Although close to point of impact, he was able to evacuate from his office without issue.  He made sure that a couple of his office staff were with him as he left.  They exited from Corridor 4 into the inner courtyard.  After making it to the inner courtyard, LCDR Listopad heard calls for help getting people out of the areas on the first deck off Corridor 4 that had suffered significant damage during the impact.  Although he and some of the others tried to get back into help, he was pushed back by Defense Protective Services (DPS) personnel that had arrived to secure the area.  When he tried to return with firefighting equipment, the same thing happened again.  At that time, the N7 three-star, Vice Admiral McGinn, ordered everyone to leave the area.  LCDR Listopad exited to the south parking area of the Pentagon and worked to account for all the staff in his office.

In addition to detailing the experiences he had the day of the attack, LCDR Listopad also talked about the efforts to reconstitute the N80 offices and get back to work.  He also provided lessons learned related to those efforts. 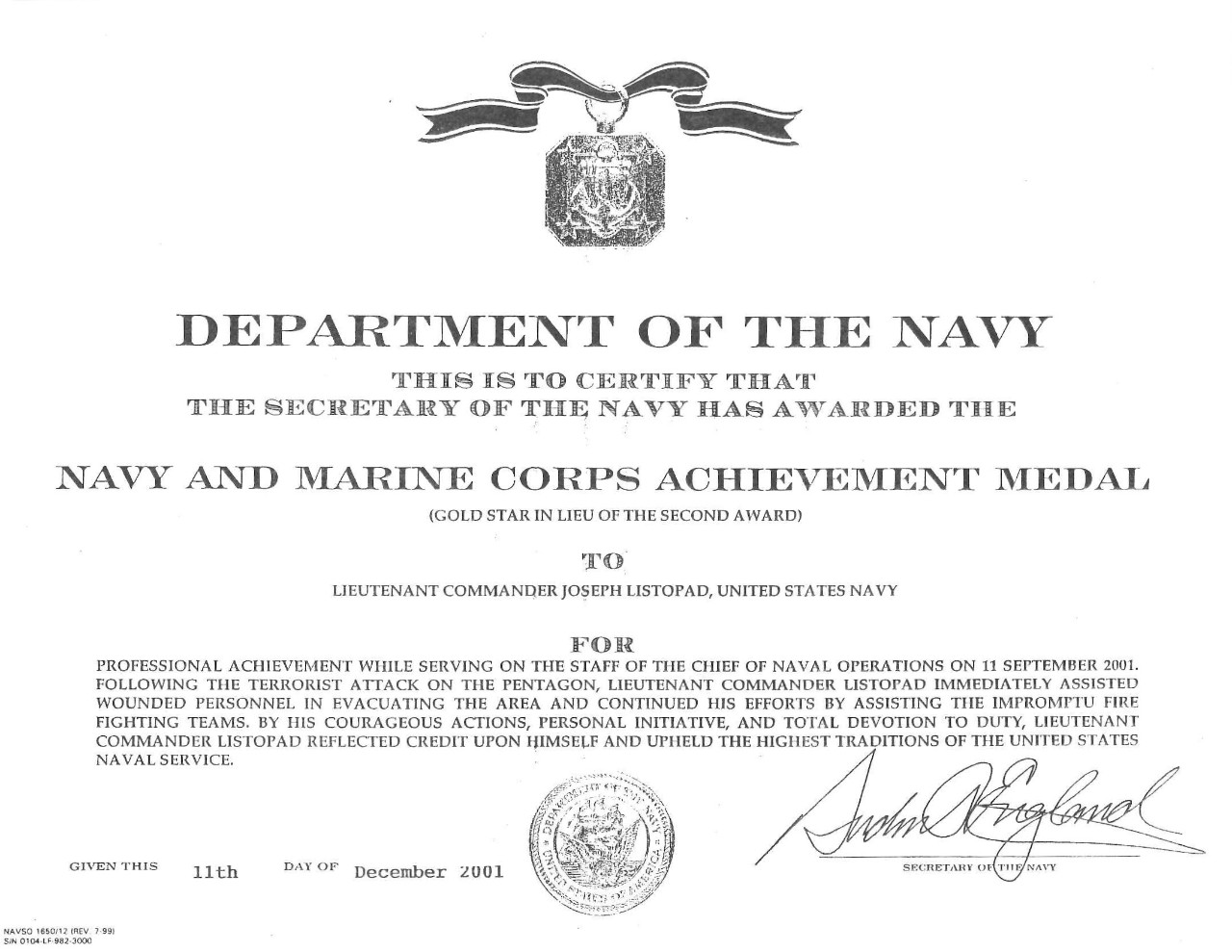