“Those were my friends in there that I needed to be helping and I didn’t feel comfortable leaving it to someone else that I didn’t know.”

At the time of the attack, YN2 Hazelwood was serving in the Office of the Secretary of the Navy.  On the morning of the attack, he was at work at the Pentagon.

YN2 Hazelwood was awarded the Navy and Marine Corps Commendation Medal for his actions on the day of the attack.  This medal is awarded to service members who, while serving in any capacity with the Navy or the Marine Corps, distinguish themselves by heroism, meritorious achievement, or meritorious service above that normally expected and sufficient to distinguish the individual above those performing similar services but not of sufficient nature to warrant a higher decoration. 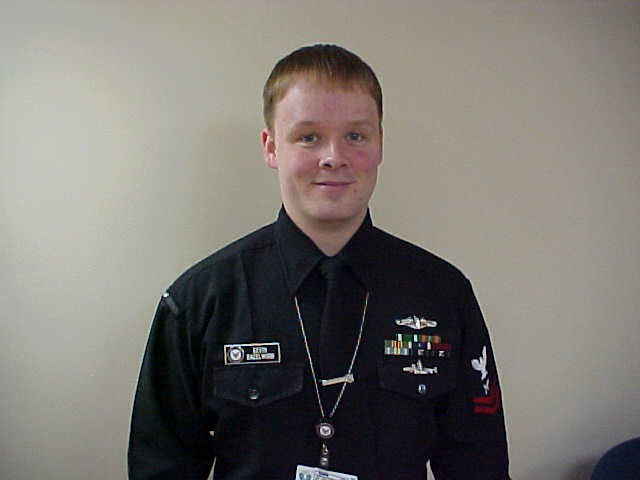 In the minutes before the plane hit the Pentagon, YN2 Hazelwood was in his office space on the fourth deck of the E Ring between Corridors 5 and 6.  They were watching the coverage of the attacks in New York City and he wondered if they would be next.  Then the plane hit.  Even though he was physically thrown by the force of the blast, he immediately gathered his wits and headed towards the point of impact.  He wanted to help.  But the smoke and the heat just got stronger and denser as he got closer, so he had to turn back.  He evacuated with the Vice Chief of Naval Operations and Director of Navy Staff Admiral Tracey.

Once outside, someone tried to take him to triage for an injury he sustained at some point.  They put him in a van going to Fort Belvoir. However, when the van got stuck in traffic, he jumped out and went back to the crash site.  He worked to clear personnel away from the building and handed out water and food to rescuers.  Then he and another Sailor decided to go back into the building to try and help rescue efforts.  They went in through the basement and made it to the inner courtyard.  They gave fire teams there information on the building and the office layout.  Then they went back into the area around the Navy Command Center.  They searched through every space they could get into, but soon realized that from that point it would all be recovery and not rescue.  He reported back to his commanding officers who had set up temporary offices at the Navy Annex.

In his oral history, beyond detailing everything he experienced the day of the attack, YN2 Hazelwood also talked about some of the things he witnessed and the work he'd been doing since the attack. 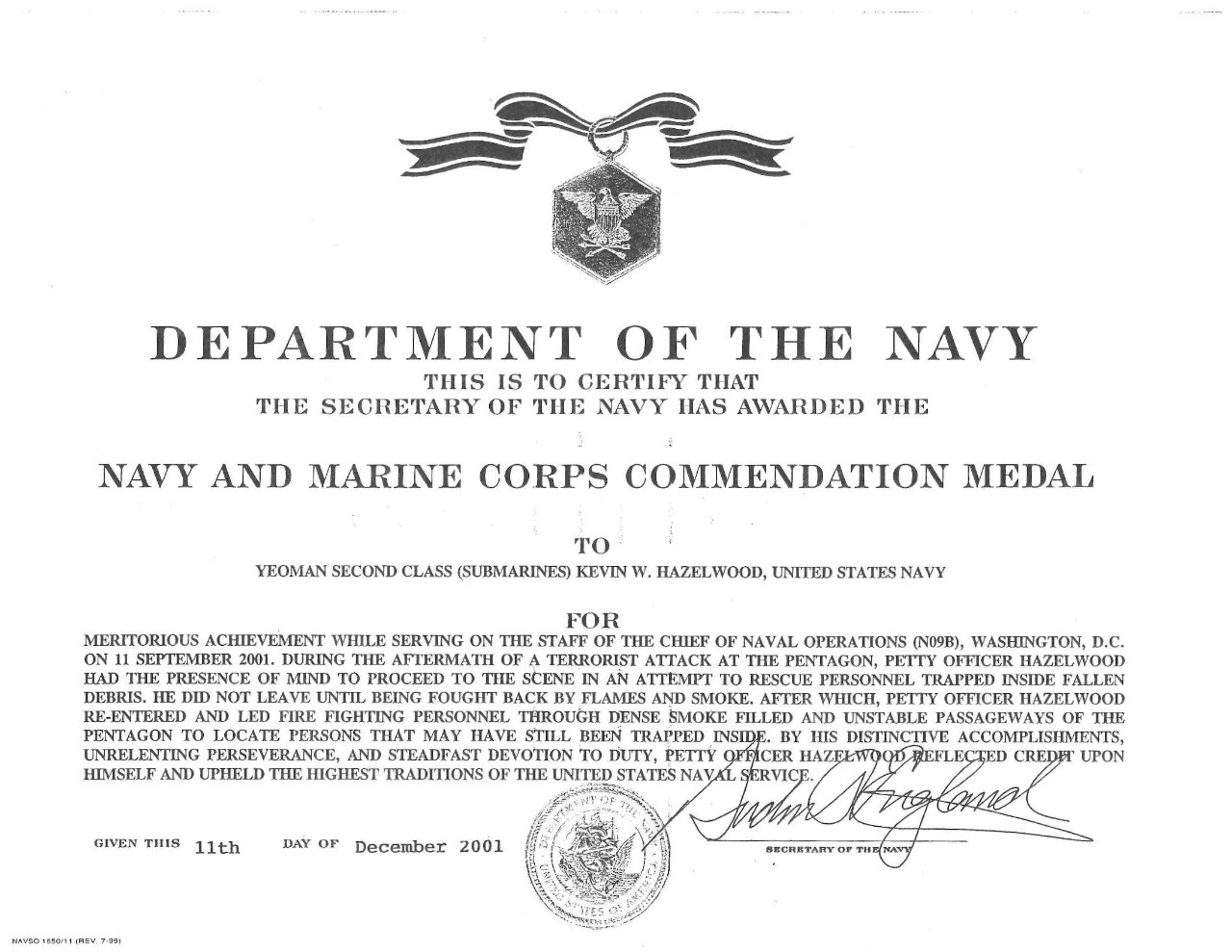