“It was hot that day. I’d had on I think a kind of a warm suit because it was cold that morning and so I was just exhausted. And so I went home and I sat down and I turned on the television and it wasn’t until two o’clock that I learned that we had been hit by a plane. Then I’m really in shock, you know, and so then I cried the rest of the night, you know.”

At the time of the attack, Mrs. Ogletree was working as a branch financial manager in OPNAV N76 Surface Warfare.  On the morning of the attack, she was at work at the Pentagon. 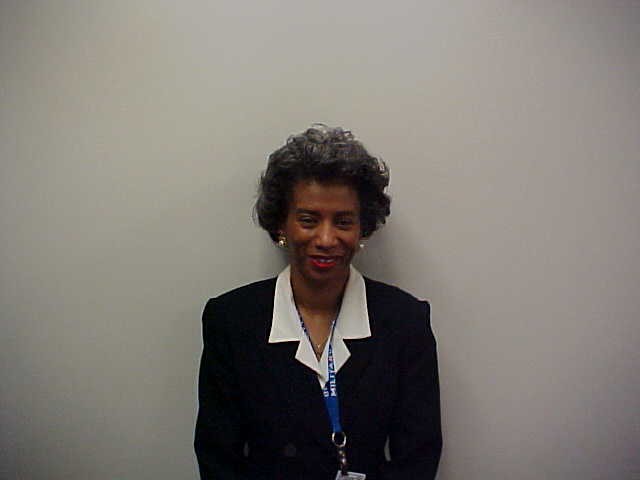 Mrs. Ogletree was standing at the N76 office copier on the fifth deck of the B Ring between Corridors 4 and 5 looking at the window at the C Ring when the plane hit the Pentagon.  She watched the C Ring explode.  The plane did not reach the B Ring, so her office was able to evacuate relatively easily.  During the evacuation, she saw a man who was very badly burned.  Mrs. Ogletree had suffered a significant burn injury when she was a young child, and she still carried the scars, so when she saw the man, she felt it was important to stop and pray for him.  She looked at his name, LTC Brian Birdwell.  He was burn injuries were so severe, he was shaking. She held his hand and prayed with him.  After some minutes, a triage team was able to get him on a gurney and take him out of the Pentagon.

After LTC Birdwell was carried out, Mrs. Ogletree had to find her own way out.  She was directed out towards the North Parking Lot.  There she once again found LTC Birdwell.  He was waiting to be transported to the hospital, so she stopped and prayed with him until someone recognized how badly he was burned and loaded him into the back of private vehicle and took him to the hospital.  Before he was taken away, he asked Mrs. Ogletree to contact his wife.

After LTC Birdwell was taken to the hospital, Mrs. Ogletree decided to walk to her church in Alexandria, because she couldn't get home.  She met her husband there.  During that time, she was able to find someone who could contact LTC Birdwell's wife.