“If you’ve ever been on to a beach and got hit by big waves, think about that, but increase it by about ten, fifteen fold. I remember looking and just watching things go flying past me. It was almost like half second, not even a second, and everything just went forward. Just flying and I started flying with them.”

At the time of the attack, Mr. Gonzales was working for the Defense Intelligence Agency (DIA) as the deputy comptroller for program and budget.  On the morning of the attack, he was at work at the Pentagon.

Mr. Gonzalez was award the DIA Director's Award for Exceptional Civilian Service for his actions on the day of the attack.  The award is the agency's highest civilian award and recognizes excellence, initiative, and outstanding leadership. 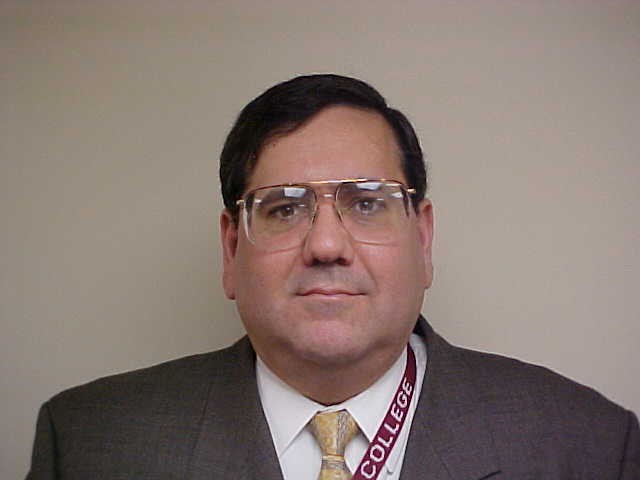 The DIA office where Mr. Gonzalez worked was on the first deck of the C Ring between Corridors 4 and 5.  The office shared a wall with the Navy Command Center's CNO Intelligence Plot.  When the plane hit the Pentagon, the last office it blasted through was the DIA office.

That morning, Mr. Gonzalez was busy working on matters related to the end of the fiscal year.  He was one of the few left in the office since they were due to move to another area of the Pentagon on Thursday 13 September.  He was in another cubicle within the office when the plane hit.  The blast of air and heat blew him off his feet, but he was still able to make it up and begin helping his coworkers.  He first noticed that a piece of flaming ceiling was sitting on Kathy Cordero and burning her.  He helped knock that off and put out the flames.  He then began trying to help everyone he could find escape.  Eventually he managed to find a small break in the furniture and cubicle walls that had been piled up and crawled through.  He helped lead the others with him through the tunnel and they escaped into Corridor 5.  They'd been inside the burning building for nearly 25 minutes.

Outside in the inner courtyard, Mr. Gonzalez collapsed.  He'd made it out, but the time he spent inside inhaling the smoke had done serious damage to his lungs.  He was transported to Walter Reed Medical Center, where he required a tracheotomy, a ventilator, and a feeding tube.  Because he was a retired Navy officer, the Navy treated him like he was active duty.  He received visits from the Secretary of the Navy, the Chief of Naval Operations (CNO), and the Vice CNO.  He was discharged two weeks after the attack.

In his oral history, Mr. Gonzalez discussed his experiences on the day of the attack, including the efforts he took to get everyone he could out of their office safely.  Many of the people that made it out that day recognize that they only survived because of Mr. Gonzalez.  He also talked about his injuries and the time he spent in the hospital.  He also talked about attending the funerals of everyone that worked in his office that died as a result of the attack and how lucky he and the other survivors felt because they happened to be in the right place at the right moment to survive.