"The sensation of the crash, darkness, the heat, the fire which immediately ensued...the room immediately filled with smoke and now I had one thought in my mind and that was - get out of that space."

At the time of the attack, LCDR Capets was serving on the N78 staff, providing current and future intelligence assessments to Director, Naval Air Warfare. On the morning of the attack, he was at work at the Pentagon.

LCDR Capets was awarded the Navy and Marine Corps Medal for his actions on the day of the attack.  This medal is awarded to service members who, while serving in any capacity with the Navy or Marine Corps, distinguish themselves by heroism not involving actual conflict with the enemy. For acts of life-saving or attempted life-saving, it is required that the action involve the risk of one’s own life. It is the highest non-combat decoration for heroism awarded by the Department of the Navy. 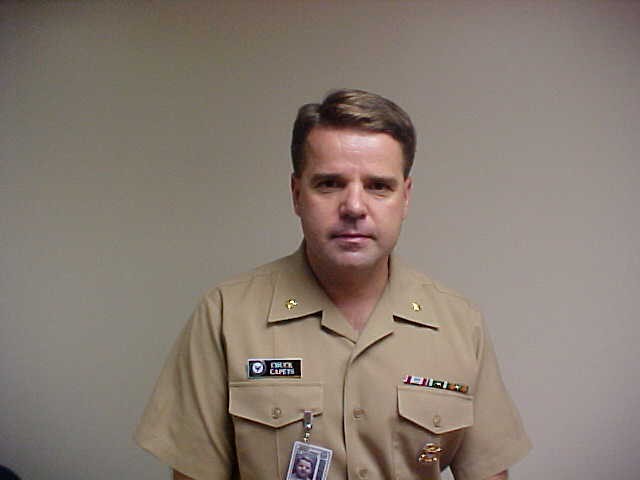 Following his escape, LCDR Capets assisted for a time at a triage station, before accompanying other survivors from the CNO IP to the Navy Annex. On his way out of the Navy Annex, his boss, Admiral McCabe, found him. LCDR Capets then accompanied his boss to a briefing with the CNO. No one from his office, including his boss, were aware that LCDR Capets had been in the CNO IP at the moment of the attack. While his boss was in a closed door meeting with the CNO that night, LCDR Capets told his harrowing survival story to others who were waiting outside of the meeting. His boss found out as soon as the meeting ended. After that, LCDR Capets had to tell his story multiple times to more senior leaders, as well as to the criminal investigation teams. His boss gave him the next day off, but LCDR Capets spent the whole day feeling guilty about taking a day off at such a time.

It seemed to LCDR Capets that every choice he made and everything that happened in the minutes before the plane’s impact led to his survival. He discussed at length the events that transpired in these minutes and how every choice might have meant the difference between life and death. LCDR Capets detailed his efforts to escape the collapsed space and the way he used his voice to lead others that were in the space to safety. He detailed the efforts to reconstitute the OPNAV offices in Crystal City. He also spoke about lessons learned, including potential safety upgrades to secure spaces. 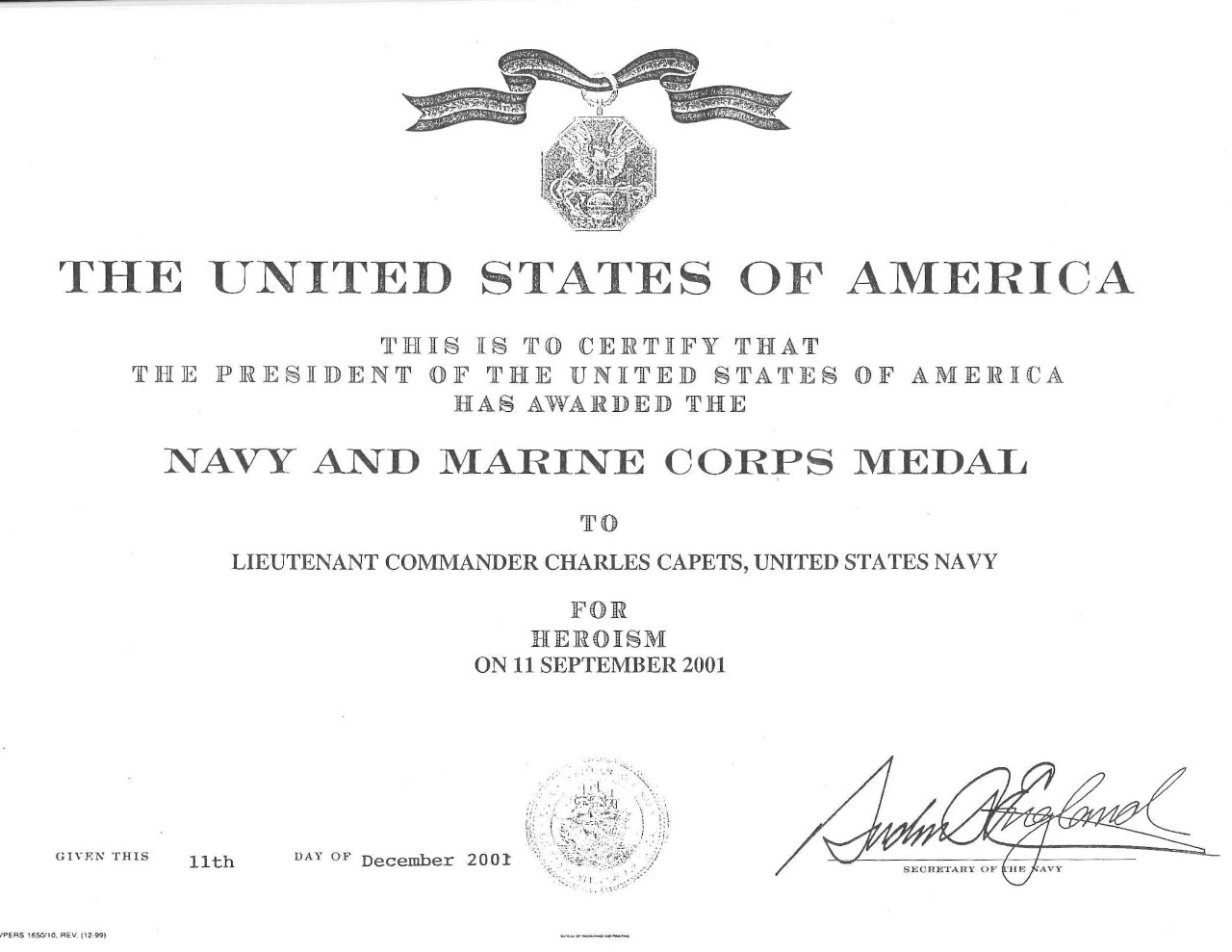 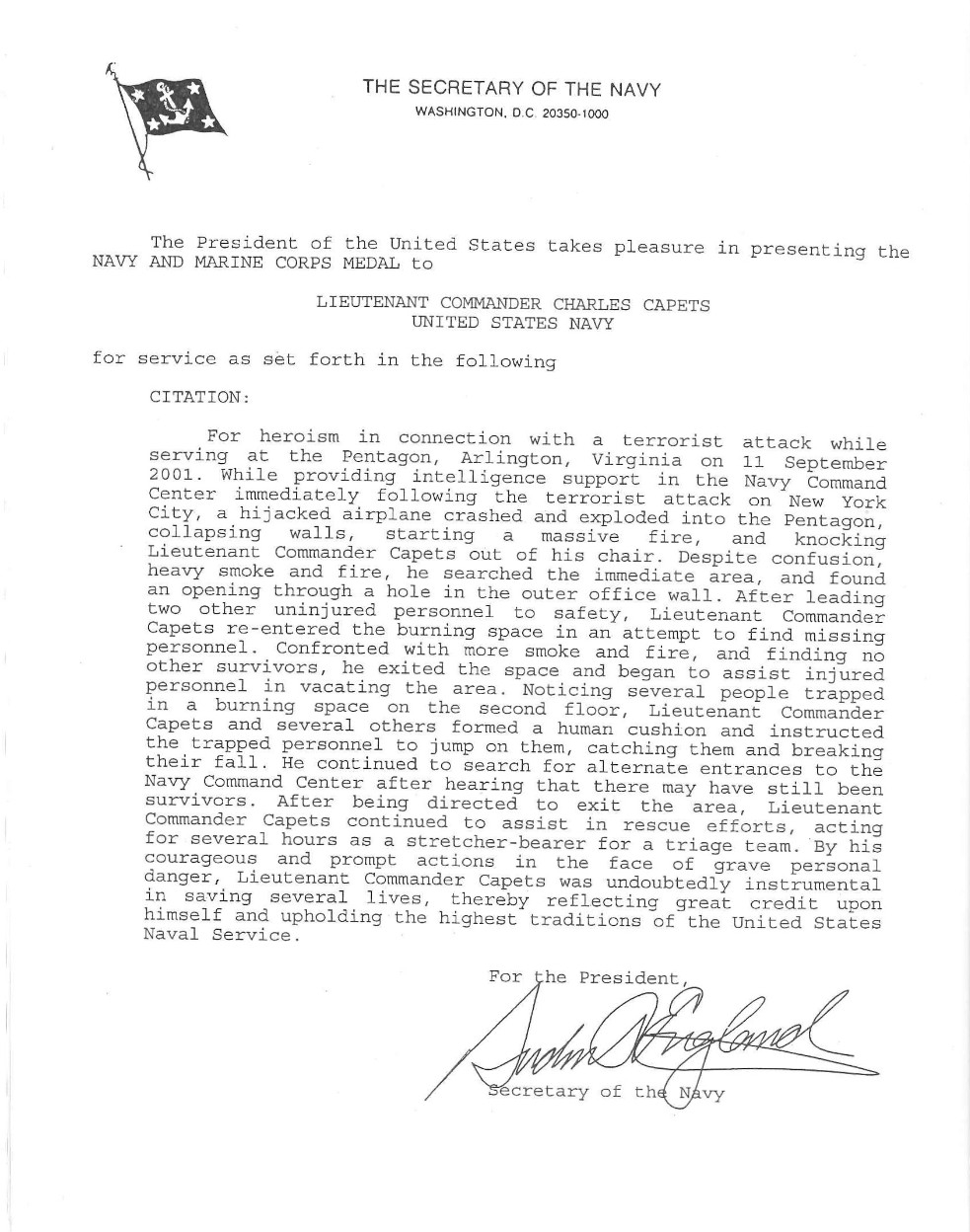