"In all my experiences with death and bodies, I was still unprepared for what I saw."

At the time of the attack, CDR Luka was serving as the Navy's Specialty Leader for Patient Administration and the head of the Beneficiaries Support Branch at the Bureau of Medicine and Surgery (BUMED).  On the morning of the attack, he was at work at the BUMED offices in Washington, D.C.

CDR Luka received a Special Letter of Commendation for his actions in the aftermath of the attack.  Letters of Commendation recognize exceptional professional ability, initiative, and dedication to duty. 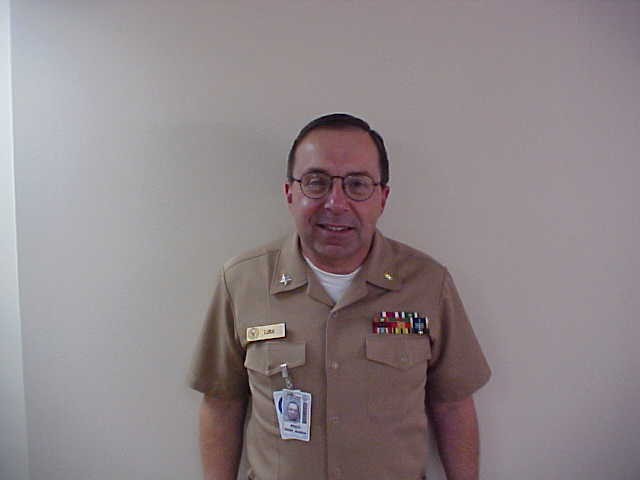 On the day after the plane hit the Pentagon, 12 September, CDR Luka and his boss were ordered to the Pentagon to assist with the identification of remains.  The work involved looking over the remains as they were brought out of the building to determine if a positive identification could be made on the spot.  CDR Luka was able to positively identify only two of the thirty sets of remains he viewed that day.

Beyond detailing the work he did at the Pentagon the day after the attack, CDR Luka also talked about the way the lessons learned from the USS COLE bombing remains identification process had been implemented at Dover.  He also talked about the TRICARE program and some of the other work he was involved in at BUMED. 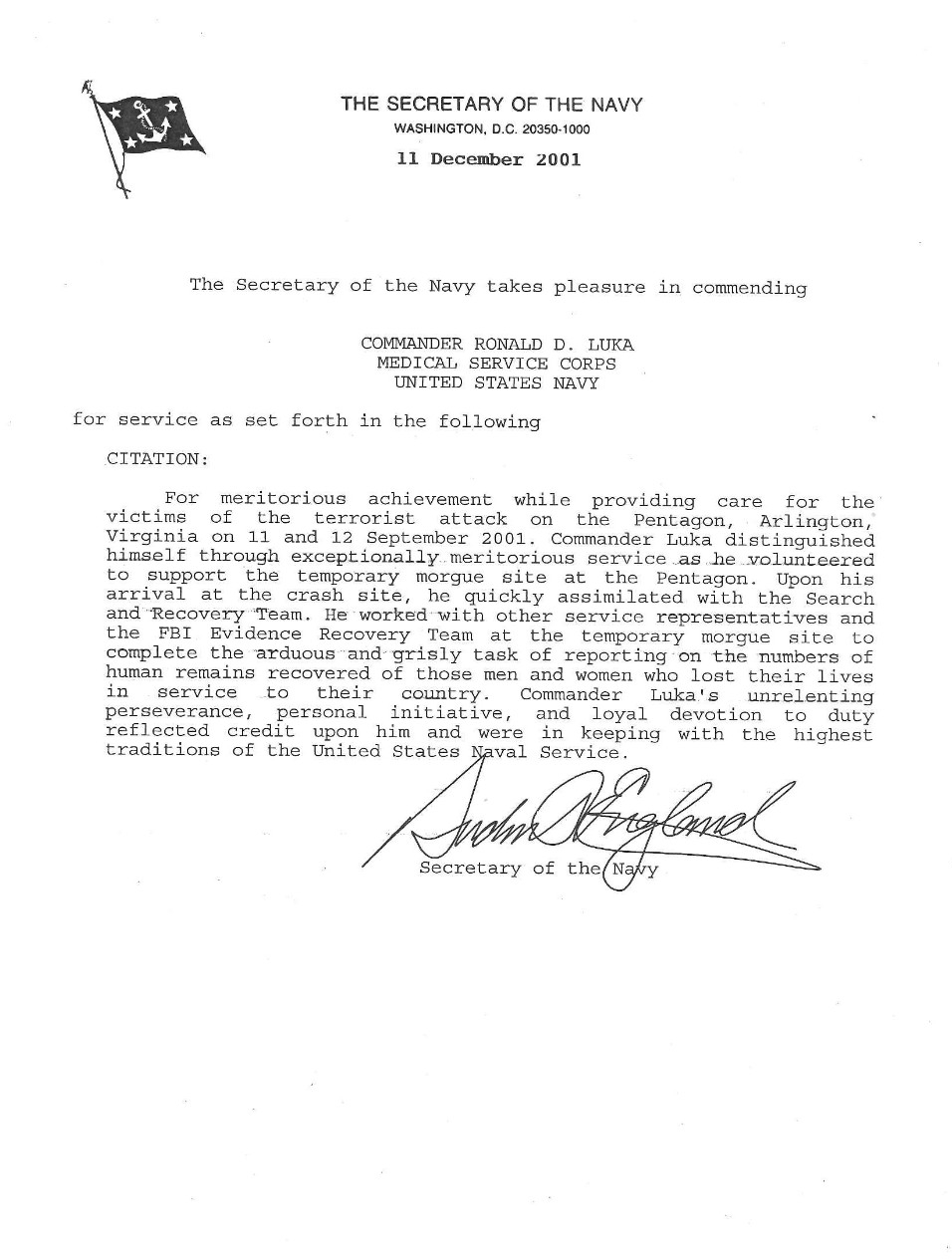