“We heard these cries…they were trapped. So four or five people grabbed fire extinguishers and started kind of fighting our way into this exploded breach.”

At the time of the attack, LDCR Tarantino was serving in the office of the Deputy Assistant Secretary of Defense for Peacekeeping and Humanitarian Affairs Office. On the morning of the attack, he was at work at the Pentagon.

LCDR Tarantino was awarded the Navy and Marine Corps Medal for his actions on the day of the attack.  This medal is awarded to service members who, while serving in any capacity with the Navy or Marine Corps, distinguish themselves by heroism not involving actual conflict with the enemy. For acts of life-saving or attempted life-saving, it is required that the action involve the risk of one’s own life. It is the highest non-combat decoration for heroism awarded by the Department of the Navy. 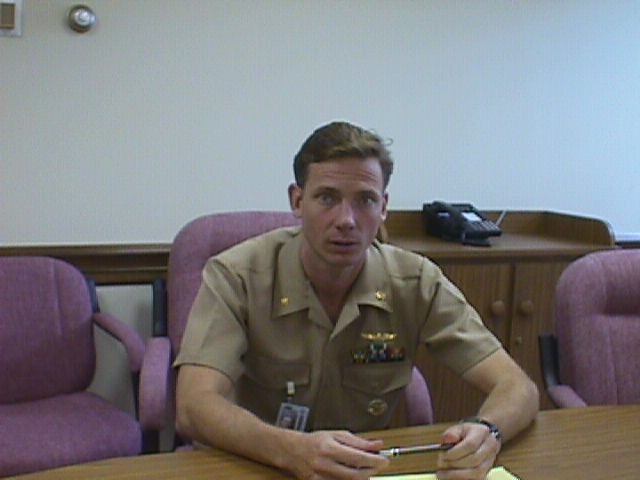 As a medical doctor, LCDR Tarantino felt he could provide triage support, so instead of evacuating the building following the crash, he headed towards the area he figured was the point of impact. After helping a few individuals find their way through the thick smoke in Corridor 4, he worked his way to the alley that ran between C and B Rings. There was a huge hole blown open in the wall of C Ring. From the hole, thick black smoke was pouring, but he and the others that had come to help heard cries of help coming from the hole too. So they found fire extinguishers and began working their way into the devastated space.

After making into the space, LCDR Tarantino and CAPT Thomas found Jerry Henson trapped underneath his desk, still alive but slipping in and out of consciousness. Mr. Henson’s office had collapsed around him, so it took some effort to crawl into the small space where he was trapped. The desk that was preventing his escape was buried under a massive weight of rubble. LCDR Tarantino and CAPT Thomas both exerted an extreme amount of force in their attempts to free the man. Finally, LCDR Tarantino was able to work his way under the desk and use his legs to lift it just enough for Mr. Henson to crawl out from underneath it. While CAPT Thomas helped Mr. Henson find medical treatment, LCDR Tarantino remained in the space holding up the debris in case there were others trapped. Eventually though, he was able to lower the debris and make it out of the space. Within a minute of his escape, the space where he’d just been was engulfed with flames and smoke.

In his oral history, LCDR Tarantino recounted the choices he made that led him to that narrow space and Mr. Henson. He provided insight to why he went there in the first place instead of evacuating and why he stayed for several hours afterwards trying to be of some help. He also discussed ways he felt the Pentagon could have been better prepared to support evacuation and rescue efforts following an event like the one that occurred that day. 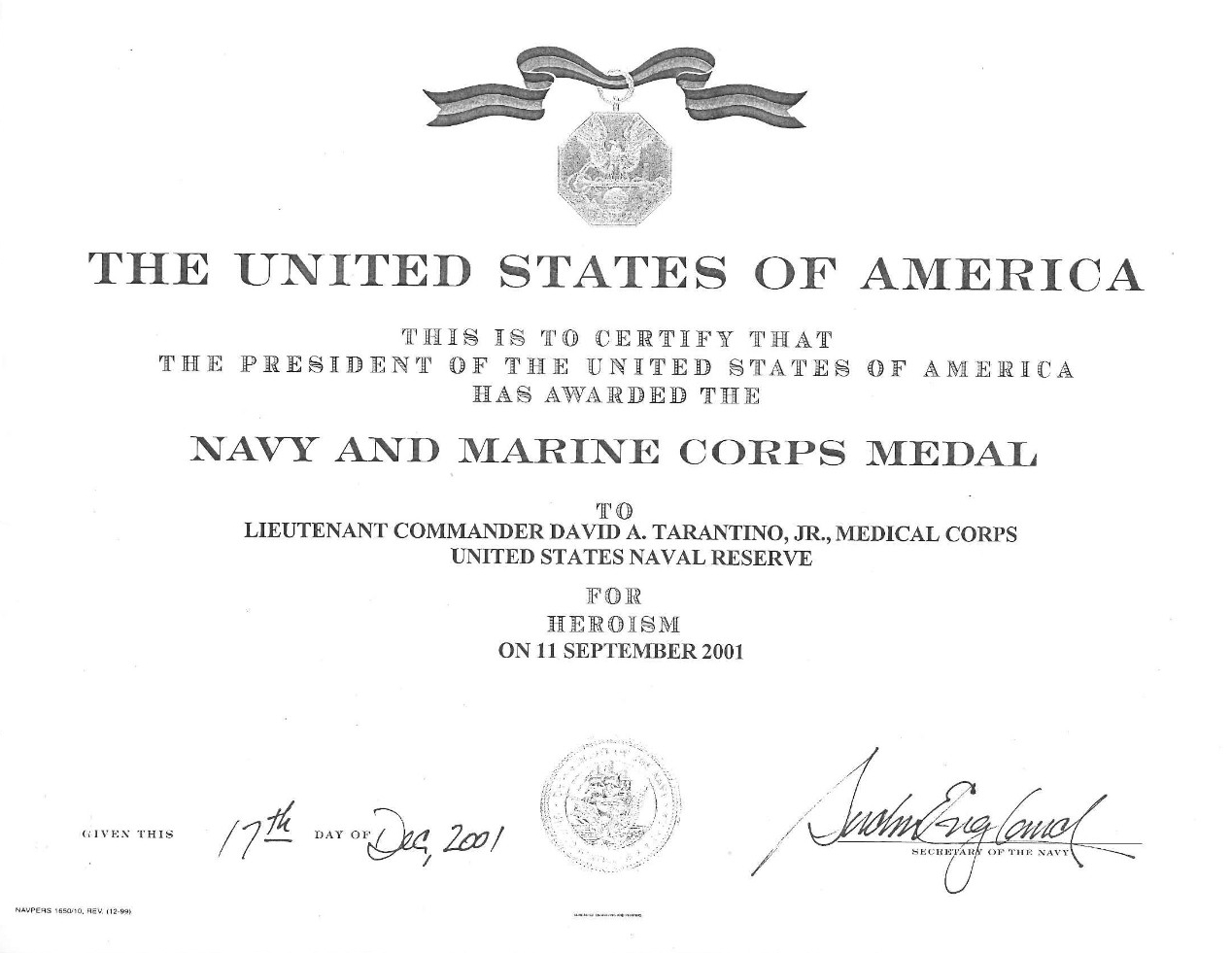 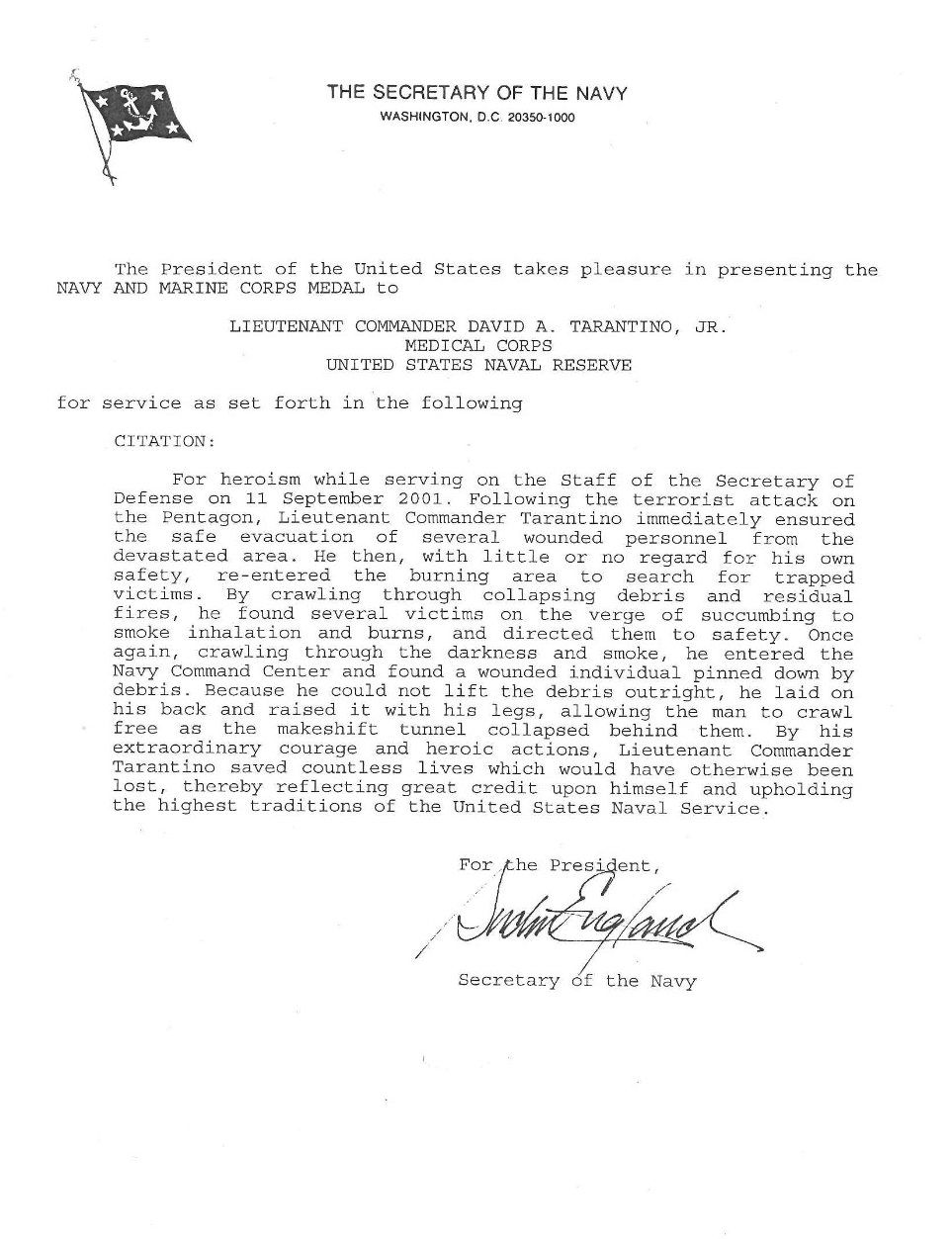