At the time of the attack, CAPT O’Brien was serving in a reserve position as the Deputy for Mission Effectiveness at Navy Reserve Readiness Command (REDCOM) Mid-Atlantic. On the morning of the attack, he was working at the Washington Navy Yard. 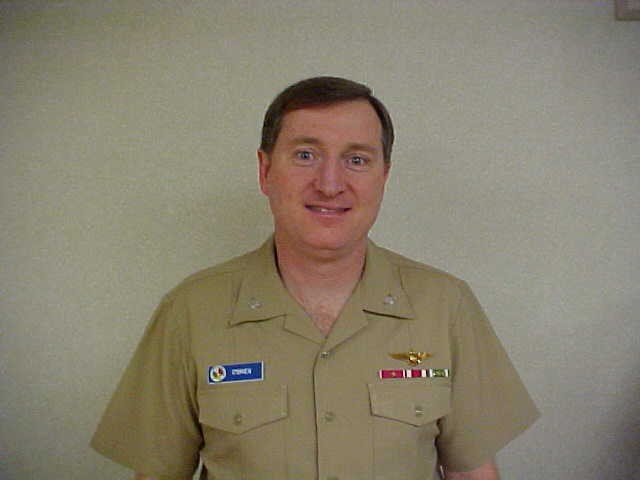 In the immediate aftermath of the attack, CAPT O'Brien was tasked with establishing and overseeing a Navy Liaison office at Dover Port Mortuary, which was handling all of the remains identification for the Pentagon Attack as well as the crash in Pennsylvania. At the same time CAPT O'Brien was running the Navy Liaison office, CDR Yvette Brown-Wahler was helping run the Pentagon Family Assistance Center (PFAC), a central base of support and information set up the DoD Office of Family Policy. While the work CAPT O'Brien was doing at the Navy Liaison office lasted until January 2002, the PFAC shut down in October. CDR Brown-Wahler wanted to continue serving all of the families, so she set up a one-man operation in the Office of Family Policy to ensure their needs would continue to be met. As CAPT O'Brien's duties were winding down in Dover, CDR Brown-Wahler was preparing to transition to her new role as the commanding officer of a destroyer. The Navy decided the she was doing should continue, so they offered the position to CAPT O'Brien.

The first week of February 2002, CAPT O'Brien officially took over as the primary point of contact (POC) within the DoD for the families of the victims. They would contact him whether they had a financial need, a medical need, a question about paperwork, or even just a shoulder to cry on or a friendly ear. He also acted as the primary POC for people who wished to contact the families. No one outside of the government was allowed to have the names or contact information for the families, so they worked through CAPT O'Brien.

There were five main aspects of being the primary POC:

1. Working with the families

3. Working with events and activities planners who wanted families to attend

4. Working on visits to the Pentagon

5. Working with the Navy, Army, DIA, and FBI casualty offices, as well as all of the other offices that were involved in matters related to the families

In his oral history, CAPT O'Brien also emphasized the work he did to ensure the individuals that were injured and their families were not forgotten. He knew that their lives were just as forever changed as the lives of the families of those who died. But almost everyone who reached out trying to help failed to recognize that, so CAPT O'Brien did everything he could to keep the injured and their families in the conversation.

CAPT O'Brien's oral history in November 2001 covered his work at Dover. In both of his oral histories, he was candid and honest, which gives the lessons in each great value.