“They would not leave me. They said absolutely not….”

At the time of the attack, Mrs. Wirick was working as a budget analyst in the office of the Assistant Secretary of the Navy for Financial Management and Comptroller.  On the morning of the attack, she was at work at the Pentagon. 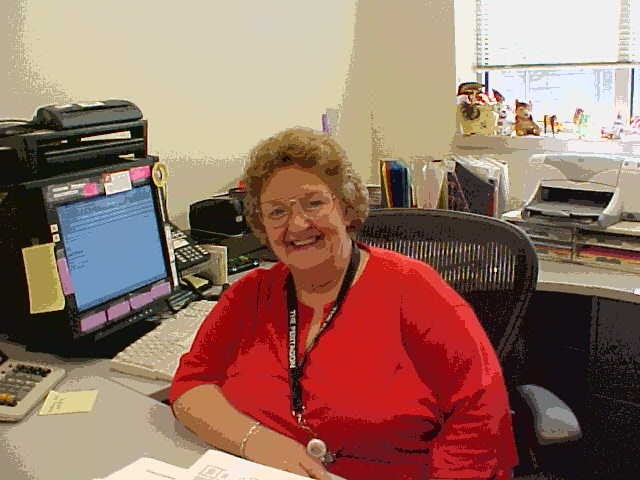 Mrs. Wirick suffered from spina bifida and deterioration of the spine.  She could not walk unassisted.

When the plane hit the Pentagon, Mrs. Wirick was in her office on the fifth deck of the E Ring off of Corridor 4.  When her office began evacuating, she grabbed her walker and headed out into the E Ring corridor with the other staff from her office.  Soon, two of the staff members were walking with her and supporting her under each arm.  With the two of them by her side, Mrs. Wirick was able to make it through the thick smoke which made it very hard to see and breathe.  At one point, she felt she should let them go on, but they would not leave her side, even after she had to leave her walker behind.

In her oral history, Mrs. Wirick described her experiences trying to get out of the E Ring, specifically the section which collapsed not long after they made it out.  She detailed the exit route they had to take through the damage and construction barriers and discussed her comfort and trust levels throughout. She praised the individuals who helped her out and the individuals who helped her find transportation.  She also talked about going back to work and the relocation of her office.